Whisky takes off in China 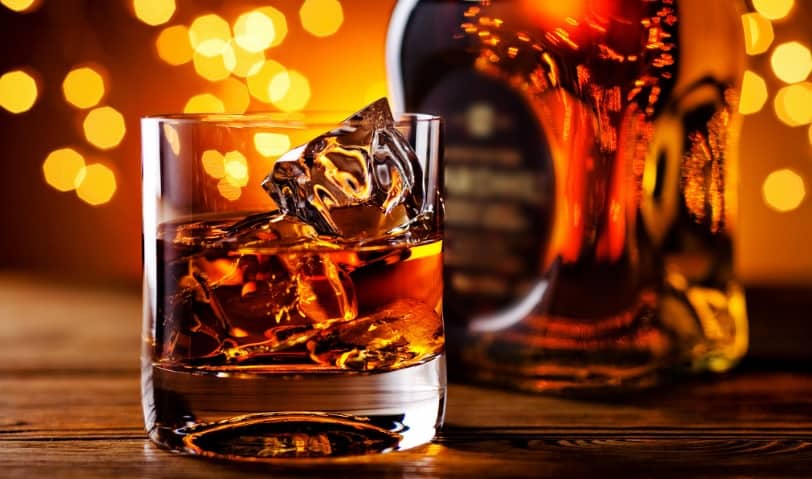 The Chinese have acquired a strong taste for Whisky; particularly in the modern, cosmopolitan centers of Shanghai, Beijing, Guangzhou, and Shenzhen. It is a growing market and, with a burgeoning middle class of 300 million people, the potential for growth of international Whisky brands om China remains strong.
The market’s potential is huge. Western spirits currently account for less than 2 percent of a total Chinese drinks beverage market worth £42bn and are currently dominated by baijiu, or rice wine, which accounts for £24bn. With growing wealth and urbanization that £42bn pie will surely grow.

Whisky and Reputation in China

The drink is fast becoming a strong indicator of status in a country preoccupied with social standing and ‘face’, that is appearance and reputation. ‘Face’ is an important concept to understand for any business expanding into China, the Chinese prioritize their status and how they communicate this amongst friends and family. The branding of Whisky labels is effectively tapping into this Chinese attitude. Rather than just purchasing the drink by the glass the label on the bottle is the real indicator of wealth and prestige, in China bottles will be center stage on tables that are often lit to emphasize this. 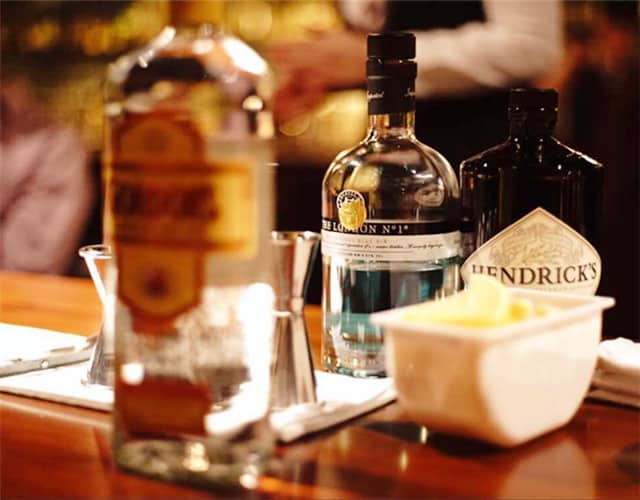 There is a strong association of international products with quality. This is because many domestic, Chinese products are fakes and of poorer quality than imported liquor. Fake alcohol, in particular, is a problem with Chinese counterfeits circulating in the market.

Reas as well: Guide to exporting alcohol to China

For new brands to the market, it is important to tap into this image of quality, discerning Chinese drinkers are prepared to pay a real premium for a quality brand.

A legal breakthrough for Scotch Whisky?

A Chinese court ruled in favor of Scotch Whisky against the packaging firm ‘Guangyu’ in the Anhui province of the country in 2015. This was seen as a huge legal breakthrough and a warning to other potential counterfeiters. The firm was manufacturing bottle caps imprinted with the words ‘Scotch Whisky’. These caps were used on bottles of fake ‘Scotch’ appearing on sale more than 1,000 miles away in Myanmar. The court granted an injunction ordering Guangyu to stop infringement of the ‘Scotch Whisky’ trademark and pay damages and costs.

This is important for the protection of premium brands from counterfeits. Whilst fakery is still a problem in China, high-end, quality products are impossible to replicate. In some ways of standing out from the counterfeit market as a quality, imported Whisky brand is very good for reputation and image.

The Chinese market is flexible and open minded

Perhaps the growth of Whisky is not so surprising. Discerning Chinese consumers have proved time and time again that they are very flexible and adaptable when it comes to embracing different tastes, flavors, and cultures from around the globe. The Chinese spirit of choice is typical ‘Baijiu’, a fiery and strong sorghum or rice-based spirit. The smoothness of Whisky as well as its variety of nuanced flavors has found a strong appeal.

Branding in China is everything, the Chinese want to buy premium, reputable brands. Drinkers will purchase products such as Whisky for the status and heritage of the product. It is part of the ‘internationalization of China, whereby discerning consumers are seeking out new products and experiences.
You have to appreciate from the start that branding is EVERYTHING (via). With the emphasis on international products, Whisky labels entering the market need to intelligently brand themselves, the Chinese need to believe that a label is successful and established in its own country, and further that it will soon be successful in China.

It’s a catch 22 for new brands to the market as regardless of their status back home branding on the Chinese internet involves starting over again, the ‘great firewall’ effectively cuts the Chinese web off from the wider online sphere to create a closed intranet. Most Whisky brands need to begin from scratch with their branding on Chinese platforms that dominate the domestic market. See also this article

The barriers for entry create opportunity

The barriers to market entry in China do however create a unique opportunity. You can tap into hundreds of millions of potential online consumers who are using a limited range of Chinese platforms. Therefore if you utilize the infrastructure for growth with a coherent strategy you can achieve admirable results. The barriers to entry also dissuade competitors so smaller players can get ahead, it levels the playing field in many ways.

The main market is cosmopolitan cities 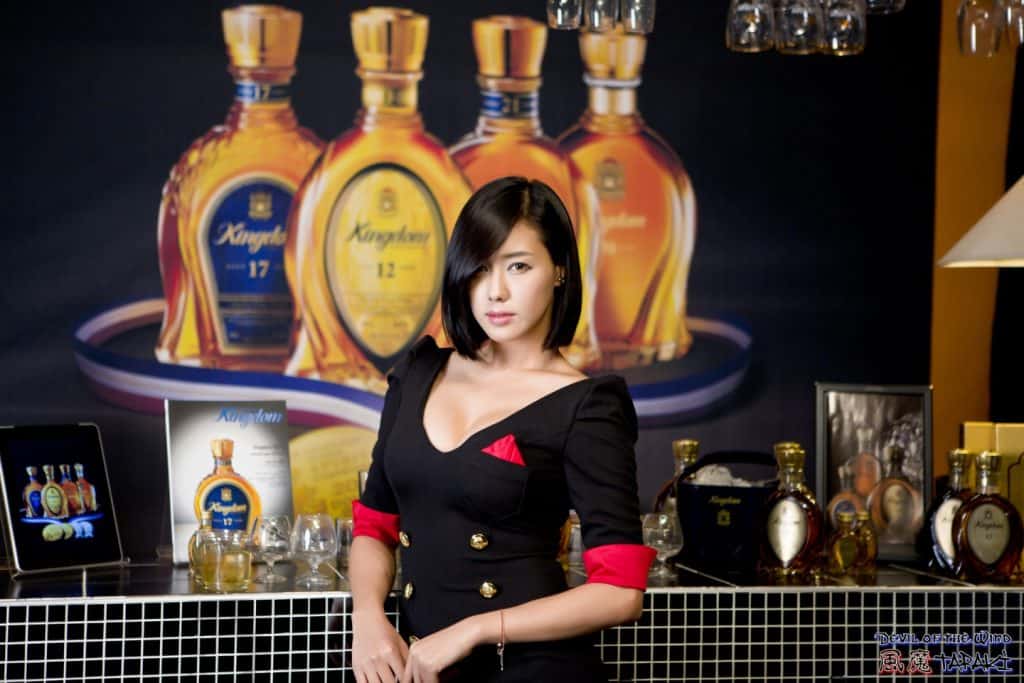 The main target for Whisky labels is the large, tier 1, cosmopolitan centers on the east coast of China. The populations are huge, Shanghai boasts 25 million, Beijing 18 million, and Guangzhou 15 million. When it comes to Whisky you are targeting the top 15% of the wealth in China as premium prices are now expected and even preferred. 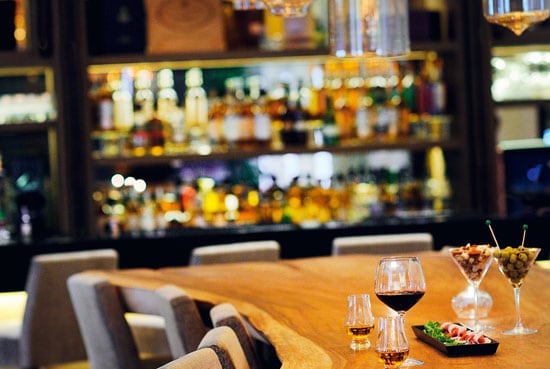 The growth of e-commerce and alcohol sales

The growth of Alibaba as the largest e-commerce giant in China (dominating 80% of the market), has opened up e-retail and delivery to the rest of the nation like never before. Whilst currently the main target for liquor is tier 1 cities the increased uptake of online shopping coupled with Alibaba’s extensive delivery infrastructure is set to widen the potential market for Whisky to include smaller urban centers and more rural areas to the west of China. A whopping 800 million customers now shop on Alibaba’s shopping platforms. (see this survey)

Labels now visit China to train bar staff and management at selected locations about the range and variety of Whiskey on offer. This is to offer a specialized, expert-led service at the best bars, Shanghai’s bund has become the epicenter of luxury drinking in China.
Johnnie Walker House, an invitation-only private members club in Shanghai has stated that the company’s mission is to educate an emerging Chinese consumer with money to spend and a hankering for heritage luxury brands about Scotch whiskey culture. The Shanghai house was followed by another location in Beijing.

see the article and Photo here

How to grow a new Whisky Label in China?

1) Visibility and Reputation on Baidu.

First, you need to be seen, Baidu is the largest search engine in China presiding over 70% of the market. The Chinese value ‘status drinking’ highly and will research online before deciding on purchases. Obtaining the drink is generally done in a public, bar setting but the initial research online is important.

It also is vital to connect with distributors in China, distributors are necessary to grow and have your label stocked but they are notoriously selective. They want to generate profit and revenue at all costs so will rarely just take a chance on a new brand. They need to be convinced that you are an established brand in your home country and that you will grow and be successful in China. It is essential for lead generation in either B2C or B2B that you are visible on Baidu based on a Mandarin keyword search. The best thing is to appear in the natural results but this can be combined with paid adverts.

Social media is mainly used for branding purposes and this is vital. WeChat, the largest platform boasts 750 million registered accounts. Creating an official account, sharing quality content, and having a ‘mini site’ hosted within WeChat is necessary, the platform is often referred to as the ‘WeChat Times’ with many Chinese getting their information from articles, content, and official pages.

Weibo is also useful because it is an open-source network, users can see posts from anyone. It is a good site for content sharing and consumer interaction.

Through social media, you brand yourself as a luxury, an international proposition, and consumers and other distribution businesses will start to buy into this image of success.

Quality content is king. Chinese language content needs to be engaging, and relevant to the end-user. It needs to be shared in the most effective way and up promoted online to become visible. Forums such as Baidu Tieba are powerful as users up-rank content (like on Reddit) if your content is ranked in the top 20 articles your exposure is to millions of users.

It is not enough just to create good content, you need Chinese consumers and companies to be talking about you, to generate a buzz. This is achieved through conversational techniques on forums (now unfashionable in the west but hugely popular in China). Conversation threads, comments, and posts from others validate you in the eyes of the buyer. The Chinese are typically very influenced by other people’s opinions on these forums so it is a key area for creating a good e-reputation.

We are a specialist digital marketing agency for new brands entering the Chinese market. For more information don’t hesitate to contact us.