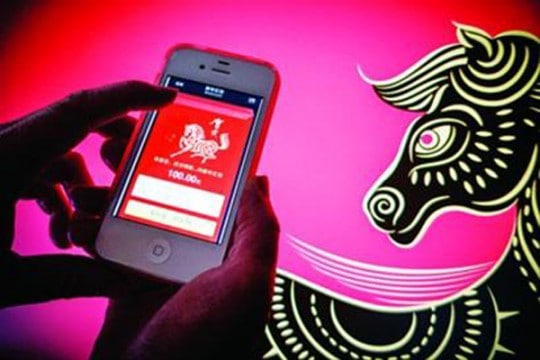 A Chinese New Year can not exist without the existence of the small red envelopes that seniors are offering to younger during this famous day. This “hongbao “(red envelope) is a ritual that is impossible to ignore during the “Chunjie”(New Year). Indeed, this year, Tencent, creator of Wechat, hit hard. Its idea to launch a free service of “hongbao” knew a great success among Chinese Internet users.

In just 24 hours, 5 million people have sent more than 75 million “hongbao”. Many small amounts have been sent through the virtual payment system Tenpay. Each person was able to send the sum it wanted to the person of its choice in a simple and fast way.

But that’s not all! Those Internet users were exited by the game that was offered by Wechat. Indeed, the game consists on selecting a global amount for a personalized friend list that the software then sent randomly. This game was actually a motivation for the users as they gave their bank details without any problem.

Thanks to this game, Tencent has been able to recuperate bank addresses of the users. They can then offer their services like paying the Beijing taxi or buy a movie ticket. It could also exceed Alibaba which knew a big flop with its ” Chunjie 2012,” Virtual hongbao on mobile messaging service Laiwang. Be careful to the rise of these rivals that continue to grow especially with the last buzz of Wechat!