Understanding the Challenges of Franchising in China

Franchising in China has come a long way over recent years. In the 90’s there wasn’t even a direct translation available in mandarins for the word and the closest they had, was ‘chain based stores’. Yet in 1997 things all changed with the government setting up The China Chain Store and Franchise Association (CCFA) to help regulate franchises operating in the mainland. The industry association now has 900 members with 180,000 outlets across China. The total annual sales of CCFA members reached nearly $300 billion in 2010—about 13 percent of total retail sales in China. Out of the top 120 franchises in China, all regulated by the CCFA, sales reached 52.4 billion, in 2010.

A franchise offers obvious rewards. A person or persons can start their own company but whilst acquiring an established name with a proven and well-established operating system. However, on the negative side quasi-entrepreneurs have to pay a license fee which can be upwards of $50,000 per a unit and if you want a regional fee in China it can run close to a million. 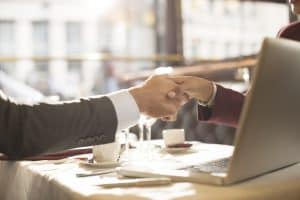 Franchises from America are capable of catering to a very fast-paced and quickly expanding market, both in terms of economics and tastes. There are a large proportion of Chinese consumers that are young, with a two-income family demographic and one child, with a considerable discretionary income.

Food services such as KFC Corp and Pizza Hut entered China in 1987 and 1990 respectively. McDonald’s entered the market in 1990 as well and like the aforementioned, operated outside of the franchise model. They usually had a joint venture Chinese partner but were company owned buildings. KFC started franchising in 1992 whilst McDonalds made the jump a lot later in 2004.

AlphaGraphics, Inc. and Sir Speedy, Inc., began entering China in the 1990s, as the demand from foreign business in China grew. Beforehand, the printing and electronic stores offered a minimal service and weren’t equipped to deal with English speaking companies. 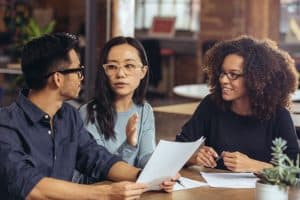 The increase in a large middle class customer base, with particular emphasis on brand conscious young people, juxtaposed alongside a growing western onus from the internet, has created a very appealing market for brand heavy franchises. Western brands are highly regarded compared to domestic equivalents.  As well as this western franchises bring already successful models, with job training and product design, already put in place.

However, it is not all milk and honey for foreign franchises. Intellectual property rights have always been notoriously weak in China. Many companies have seen their logo and name taken and have had to resort to taking companies to court, such as Starbucks did in 2006.

The staff is mobile in China for all the wrong reasons. Training costs are high and with so many businesses it’s normal to see trained employees leave quickly. As well as this finding well-trained local managers can be tough as the market is still new here.

Finding and evaluating licensee candidates is tough and can prove to be a floundering endeavor for many companies. However, the market is becoming more regulated and open.  To help find appropriate licensees, US Commercial Service offices in China, legal firms with US ties, consulting firms, or American Chamber of Commerce offices are all there to help and are growing each year.

China has many markets and these markets differed greatly in a country where wealth and taste disparity is high. As well as this licenses are offered on regional or city basis, as opposed to being for the whole country, meaning franchises have to operate multiple ventures simultaneously.

The regulations in China are changing quickly. Before franchises needed a joint venture, but as part of China’s WTO agreement they allowed foreign companies to develop solely. This proved costly though, as it came with a condition that they operated stores for a year, before developing them into franchises. This was to prevent them from setting up and selling a franchise, to only then leave without offering expertise. However, it proved difficult for companies and very costly for a structure that relies on franchises to make a profit.

Chinese tastes are naturally different to the west and many companies such as McDonald’s have seen favorable returns simply by adding rice, chicken and homegrown spices to their foreign based menu. As well as this taking a Chinese menu and adding luxury foreign items like ice cream and coffee also prove fruitful.

All the signs point in the right direction. Western products are favorable in the East, particularly if they have a strong brand presence. As well as this the new consumer base is very much young and adaptable and willing to spend to ‘keep up with the Jones’ on social media. With regulation relaxing as international trade between China and the world increase, franchises look like a profitable venture here in the mainland.

We are a Digital Marketing Agency, ready to help you to develop your business in China.

We have more than seven years experience in the Chinese Market, with nearly 50 marketing experts over the world.

We use the best innovative digital tools(More details click here).