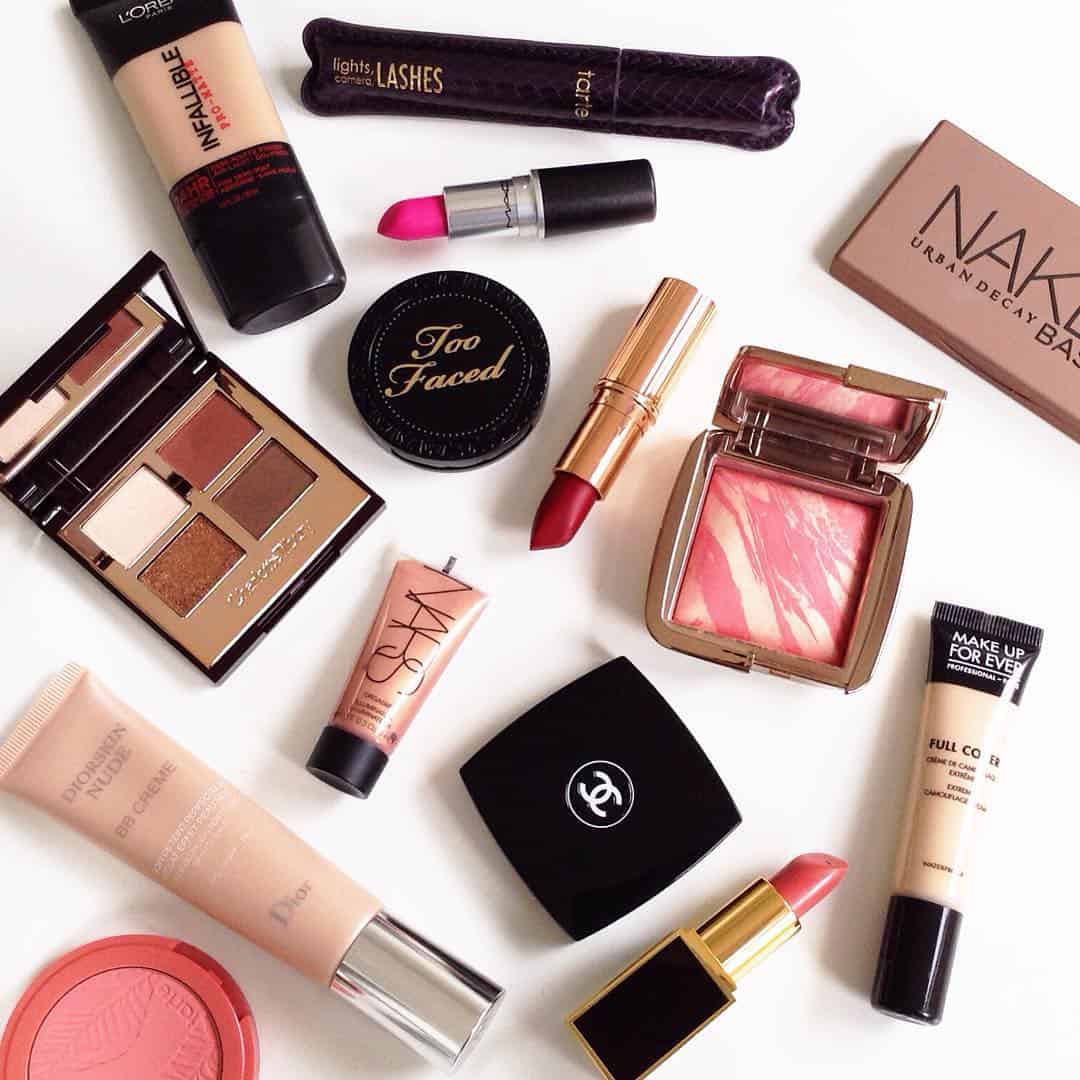 Today High-end Beauty brands take a great lead in the Chinese market. Chanel lipstick let women experience luxury with fewer expenses, compared with those saving that you will need to pay to purchase a pair of Christian Louboutin or Hermès handbag. Moreover, and without taking into account power in establishing a relationship between a brand and consumers of the young generation, luxury cosmetic lines are already lucrative in and of themselves.

Premium cosmetic brands in China are becoming more and more demanded by the post-95 generation, which is becoming the main buying force for cosmetics in China.

What was highly demanded in the world of high-end beauty products in 2017?

The leading players were approaching different targets, in terms of anti-aging products in ultra-glamorous packaging they were selling by European luxury brands, in contrast, Asian brands targeted their products more on the younger generation by providing natural beauty products with a lighter luxury style.

This Christmas French brand, well-known for its red lipstick, Chanel launched a highlighted by 4 limited edition red lipsticks collection called The Numeros Rouges, each of them was being placed in a “rare red-lacquered click case”. Chinese consumers’ taste was completely and successfully catered with the all-red theme and in Chinese social media have been called as “中国红” (China red). Chinese actress Liu Shishi (刘诗诗) in July 2017 has been signed to promote makeup lines of Chanel.

the gold is the other color that is favored by Chinese consumers, while Chanel is a classic red. In their new limited edition, the Diorific lipstick line (350 RMB) they added five limited edition shades. Dior package which is called “jewel-like gold case” reflects two conjoined light bulbs. Moreover, the lipstick itself in terms of the novel-looking case has been shaped in the crayon shape. Represented by the Dior holiday edition marked “powder lipstick” Diorific Khol features a long-lasting formula. The actress Wang Luodan (王珞丹) this year joined to ads set of the Dior campaign in the south of France.

In 2017 a new luxury edition Rouge G was represented by Guerlain, instead of the original silver case, the new collection of luxurious lipsticks were covered in the black case.

Moreover, such great beauties and brand ambassadors as Yang Yang (杨洋), Wang Ziwen (王子文), and Fan Bingbing (范冰冰) were paid big money by Guerlain in the purpose of representing a brand.

Especially designed collection L’absolu Rouge collection for the holiday season in 2017 was represented by Lancome, which included three new outstanding shades, nude red, orange-red, and mauve red with sparkling and golden-flake shadings. Customers had the opportunity to enjoy lipsticks in sleek black and gold cases. Lately, the famous actress Liu Tao(刘涛) at the beginning of 2017 joined LANCOME’s Spring Festival campaign in order to promote the brand.

The new skincare collection Re-Nutriv was represented by EsteeLauder in 2017. The innovative skincare contains anti-aging and skin sculpting diamond truffle extract. The new collection was packaged in black, ornamented with silver and gold. In terms of the price, the cost for 25 ml Re-Nutriv essence is 3,800 RMB. The primary brand ambassador of EsteeLauder is Mi Yang (杨幂), besides that Estee Lauder was engaged with other celebrities such as Guo Jingjing (郭晶晶), Olympic diving gold medalist.

In contrast, Helena Rubinstein in terms of creating a limited-edition line in China is not into rush lunch that type of special products. Besides that, the brand launched a Christmas set of day and creams called The Re-Plasty, which contained such featured anti-aging and self-repairing cosmetics. The whole set cost around 3,480 RMB. Helena Rubinstein brand has lots of good relationships and cooperations with a wide range of beauty bloggers, though in China Jia Jingwen (贾静雯)  is the brand ambassador.

In 2017 Shisheido launched a new Waso skincare line, in creating of which Shisheido was inspired by the philosophy of Japanese traditional cuisine. In fact, Waso was derived from Wasoku, the traditional Japanese cuisine that involves only fresh ingredients and with less amount of seasoning in order to improve food’s flavor by itself. In terms of the packaging, it is more simple than the ones that were represented by other brands. Was also is less aimed to target consumers of the younger generation. As ambassadors of Shisheido in 2017 were Huang Xuan (黄轩) and Tang Yan (唐嫣).  Lately, Gao Yunxuang (高云翔) also joined the campaign of Shisheido’s in sunblock line.

A High-end Japanese brand Cle de Peau being inspired by “Chinoiserie” launched a new set of lipstick called “Clé de Peau Beauté Rouge Allegro n”. Customers can enjoy the 14 creamy and rich shades. In addition, classic CDP mazarine and gold angular design were involved for lipsticks’ packages. In 2017 to the campaign of Cle de Peau joined Wang Luodan (王珞丹) and Wang Lihong (王力宏), and was a retweet by KOL on Weibo.

Korean cosmetics products constantly pursue the skin “brightening” feature. The new Sulwhasoo collection’s highest-priced item is Snowise EX Whitening Serum (1,340 RMB/50ml). In order to express the sense of purity and nature, the package was embellished with a white silver top in combination with a pearl-like texture at the bottom. Moreover, rare traditional and natural herbal ingredients were involved to create such featured cosmetic items.

The anti-aging cream with narcissus essence Signia ampoule (1,800 RMB/50ml), was presented by HERA. In comparison with Sulwhasoo, which is attracting consumers with plant extracts, Signia ampoule is pursuing to be involved with a more high tech products.

It is packaged in a tall, long bottle embellished with dark gold with two various textures. In order to endorse HERA beauty line products, model He Sui (何穗) and actress Wang Ou (王鸥)worked with that brand, share by other influencers on Chinese Social Media.

You want to promote your beauty brand in China? And you need a smart Agency?

Contact us now if you have a project, or need information.