Much has been written about the importance of the brand name, able to positively influence (or not) consumer perception. But not only. In the long run, the name has an effect on positioning, which is the ultimate goal of marketing.

If the name appears to be crucial in its reference market, its success depends on success or failure in foreign markets. In China, because of the obvious linguistic differences, translating your name is even more complicated.

The characteristics that must have a brand name are few but important: easy to pronounce, memorable and with a positive meaning. For the Chinese market this is even truer: if in Italy a name like Arena is effective, in China it is necessary to review it. Why? For the R, it is obvious, that it is not easy to pronounce because of the absence of this letter in the Chinese pronunciation. But consonants are not the only problem: the length must also be adequate and the name of impact.

Finding out that your name is confusing, crippled or that it is impossible to pronounce from who should buy you is the worst case scenario. And this, unfortunately, happens often. There are different ways of dealing with naming in China.

First, you can decide to look for assonance, a sound similar to your original name. This technique also called “phonetic loan” is particularly recommended if the brand is strong on a global level. A name with a similar sound will in fact immediately lead the consumer to remember the successful brand. But facilitating its pronunciation.

You can also choose the opposite way, through the adaptation of meaning. This can be done through a real mold (meaningful recalculation) as in the case of Bluetooth, which in Chinese has been translated into 蓝牙 (lanya), literally “blue tooth”. Or looking for a new meaning, which refers to the brand universe, as in the case of Reebok, 锐步 (ruibu), ie “vigorous walk”.

The choice of a new meaning can also be pursued with the positive association method. In this case, the translation does not remember the sound nor the original meaning but it conveys a positive meaning. As in the case of Heineken 喜 力 (xili), that is, happiness and power. This mode is very interesting for all those companies that want to achieve a position different from that of the country of origin. Changing the brand name totally can also change the target.

Finally, the last way, which is undoubtedly the most complete, is the adaptation of sound and meaning. Both sound and meaning are positively linked to the original name of the brand. The best examples are those of Coca Cola 可口可乐 (kekou kele), good taste and happiness.

Attention to the cultural background

If the modalities can be more or less clear, then there are some peculiarities of the Chinese language that must be considered during the translation. Characteristics to be linked in particular to Chinese culture, as illustrated by Victoria during the meeting.

The Chinese are very superstitious people, and this is reflected in different aspects of marketing in general. From colors to numbers, the symbolism is present in every area. In the number of character traits for example. A character is composed of a certain number of “brushstrokes”, which can be either good or bad. In aid of the companies, there is a vademecum that reports the lucky or unfortunate compositions. This is a Taiwanese bestseller, by Li Tiebi

The growth of the sportswear segment in China

With GDP growth reaching almost 7% in 2018, China continues to be a market of great interest to companies. In fact, this economic development has obvious effects on population consumption, which continue to grow in various areas. Among those of greater interest, there is certainly that of the sport.

There are several case studies that can be considered for naming in China. The most famous in sports are certainly those of Nike and Adidas

But naming is not enough without a marketing strategy

If the choice of the name is the first step, Brand Management goes further. Being able to position itself in China is, in fact, a long and complex process. Marketing policies must be readjusted to the different scenario that characterizes the country, especially as regards communication

The branding activity requires a great effort on the part of those who implement it because but nothing at all, must be left to chance. You will need to take care of the image of your company on each side, starting from the creation of your website, to the development of new online content for social pages. Keep in mind, as soon as Chinese consumers begin to recognize your brand, it will turn into the mental image they have of you: your brand will then start living in their minds, without you doing anything to change it! this is why it is necessary to implement a branding strategy useful for you, for your brand and for the Chinese population.

To strengthen and subsequently communicate its corporate identity through the brand, it is necessary to start from owning the main tool: a web platform. The opening of a site or a blog allows to tell and make known the brand, even from the human point of view. The container, therefore, is essential to start any type of promotion strategy, because it is able to collect and then disseminate quality content. What you have to aim for in China is to make a site in Mandarin and with Chinese domain, in order to to be found in the Chinese search engine par excellence that is Baidu.

Baidu is the first search engine in China. Google, which has a monopoly of search in all Western countries, in China is virtually non-existent, with the ridiculous percentage of 1.66%: this is why positioning on Baidu is extremely important if you have a business aimed at the Chinese market.

Doing SEO on Baidu is not exactly how to optimize a site for Google, partly because of the rules (and censorship) imposed by the Chinese government. A lot of high-quality content is needed, a huge number of links, and you have to comply with the laws of that country.

Since 2013, the world’s first market for online commerce, China saw the e-commerce sector grow by 26.2%, reaching 5.16 trillion RMB (about US $ 757 billion) in terms of sales ( Fung Business Intelligence 2018). The importance of the sector, which currently accounts for 17% of total retail sales in China, is also demonstrated by a search by GlobalWebIndex  53% of interviewed users said they had visited an online store at least once, in the last month, 45% of them have bought a product.

There are numerous factors to attribute the success of e-commerce. Among the most important are the costs, very often they are more advantageous than those of physical stores, but above all the convenience guaranteed to the user. That can avoid leaving the house, thus dodging the traffic to reach the various distribution facilities and the queue at the checkouts. All this, benefiting in any case of fast delivery and after-sales assistance.

Among the B2C players, the leading companies are Tmall (marketplace of the Alibaba group) with a 56.6% market share and JD.com with 24.7%. These are followed by Suning (4.3%) and other minor operators.

It is true that the big names in the sector are Tmall and JD, besides these, there are other platforms that can reach more niche or specialized markets. It simply needs to be understood what your brand needs. The panorama, being so varied, can be divided according to the type of service offered:

In a digitized country like China, marketing must move on local social media, WeChat and Weibo, and being present is not enough. It is essential to create the right communication strategy to attract Chinese users. An example would be opening an account or a store on wechat instead of just a profile.

As a Digital marketer, you’re probably wondering why one of the biggest countries in Asia deserves your attention and your marketing dollar. The short answer? China is a big country with a huge population of fantastic decision-makers.

Whether you’re looking to adapt your existing regional strategy to the Chinese market, or looking to build one from scratch, we’ve provided step-by-step comprehensive marketing strategies in China.

If you have a further project let us know and we will speak about it. 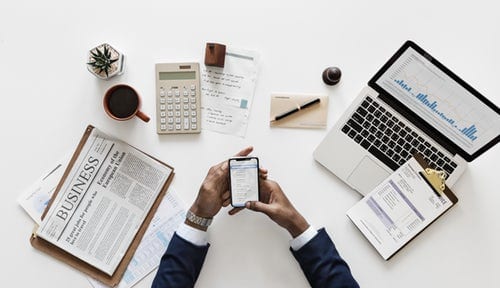 Tmall Global is one of the most popular cross-border e-commerce (CBEC) to emerge from China. In the last quarter of 2017, Tmall ranked first in the CBEC market with a 27.6% market share. Its competitors Kaola.com and JD Worldwide ranked second and third respectively. The Top three CBEC’s market share has exceeded 60% of the… 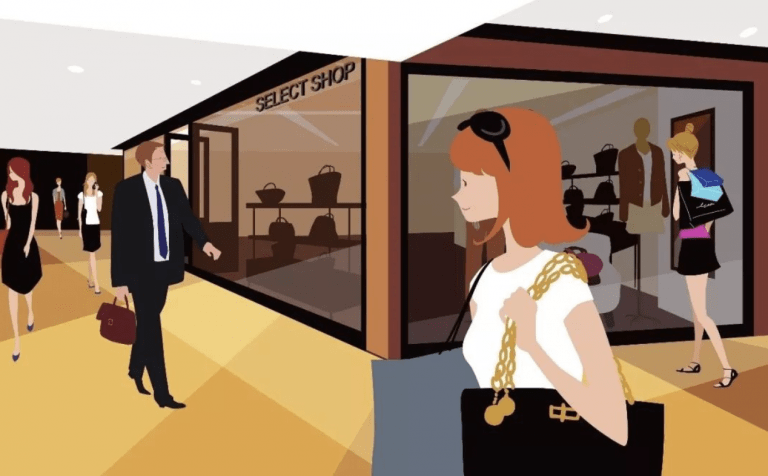 The consumption levels in China continue to rise, however, times are changing. Most large companies realize that they will need China to power their growth in the next decade. To break through the market, they also need to be up to date with the economic, societal and demographic changes shaping the profiles of consumers and… 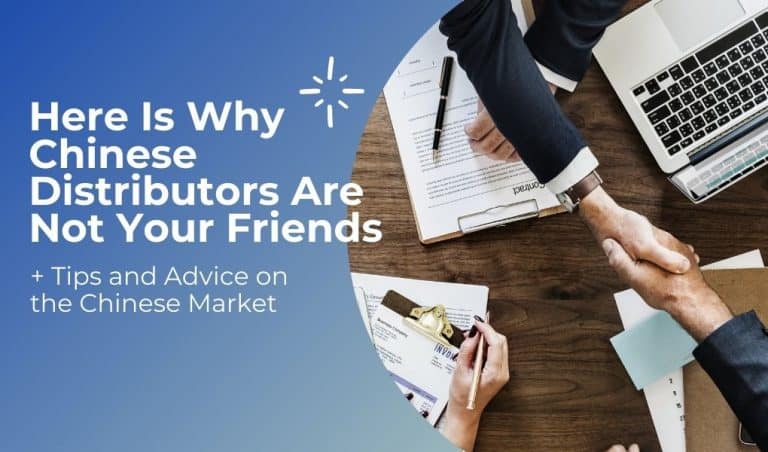 In China, not all international brands are welcomed with open arms. In fact, some Chinese distributors only distribute between 40 and 200 different products because they can’t always predict which ones will be successful or have high revenue potentials in the long term. As a result of this uncertainty, most distribution companies don’t want to… 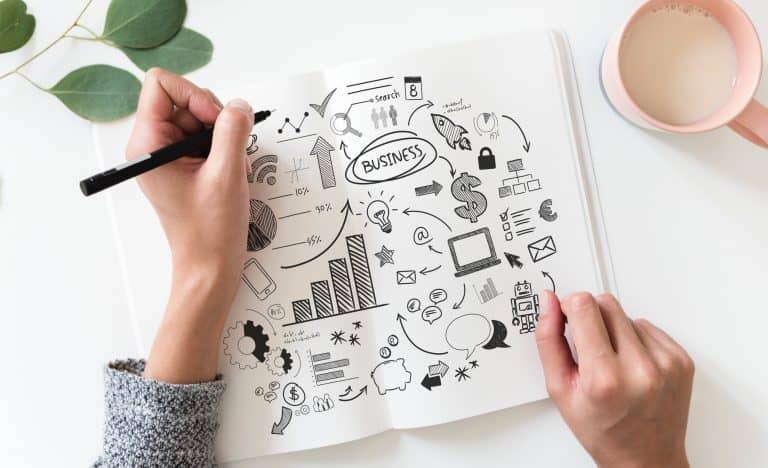 For foreign companies doing business in China is complex and full of pitfalls, especially for those that do not have adequate information and resources. Particularly in the context of small and medium-sized enterprises wishing to export products and services to China. It is necessary to understand clearly the dynamics of the Chinese market and to…