The whole story of Baidu 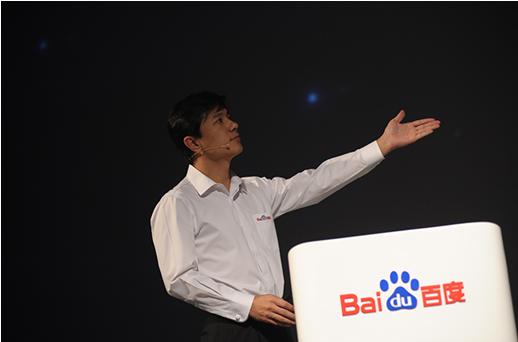 The wonderful story of Baidu, the Chinese Google

When looking at the success of Baidu, we might say its success comes from the protectionism of Beijing and the free music downloaders. Now, the search engine wants to become international but will it succeed against Google?

Thirteen years after its birth, Baidu has become the 1st website in China and the 6th in the world. It dominates the world’s biggest market of Internet users: China has 570 million users. The market share of Baidu has achieved 80%. Its founder Robin Li, number 4 on the list of Chinese billionaires estimates that Baidu answers more requests than any other search engine. Governmental protection and copy-right-free music download greatly help.

At the beginning, Robin Li was angry against Larry Page and Sergey Brin the two founders of Google. He accused them to have copied his idea. He said he was the first to file a patent about link analysis before the Page Rank technology of Google in 1996. This method was named RankDex. When we look at the patent of PageRank, we can see that the RankDex is quoted.

But after this story, he decided to raise 1,2 million dollars from several investors in the Silicon Valley, and then in 2000, he went to Beijing and founded Baidu. He preferred to make that in Beijing contrary to Hong Kong (when the Internet has less censorship) but he said the Chinese government may regard him as a traitor and that could ruin his life.

Then the investors would like to sell the company to other major bigs companies such as Google, Microsoft, or Yahoo but its founder Robin Li convinced them to make an IPO in the Nasdaq of New York. On the 5 of august of 2005, the share of Baidu went from 27 dollars to 122 dollars, valuing the company at more than 4 billion dollars. Already at that time, access to pirate music accounted for over 40% of search engine traffic.

What is Baidu now and what plans for the future?

Eight years later, we can say that it’s almost a flawless victory because Google lost almost all its market share in China and the value of Baidu is more than 40 billion dollars, and all the local competitors dwarfed by the shining data of Baidu. However, the government starts to develop its own search engine in collaboration with China Mobile and the press agency Xinhua. The problem also for the competitors is that Baidu has a lot of other services such as a counter-part of Wikipedia called Baidu Baike, an e-commerce platform (Baidu You), a question/answers platform Baidu Zhidao, a music platform Baidu MP3, etc.

Concerning the future, Baidu doesn’t hesitate to show their ambition for markets overseas, they got a small presence in Japan but the competition is too fierce with Google. The problem abroad will be also with the piracy of music. Indeed, Baidu is black-listed by the RIAA (Recording Industry Association of America).