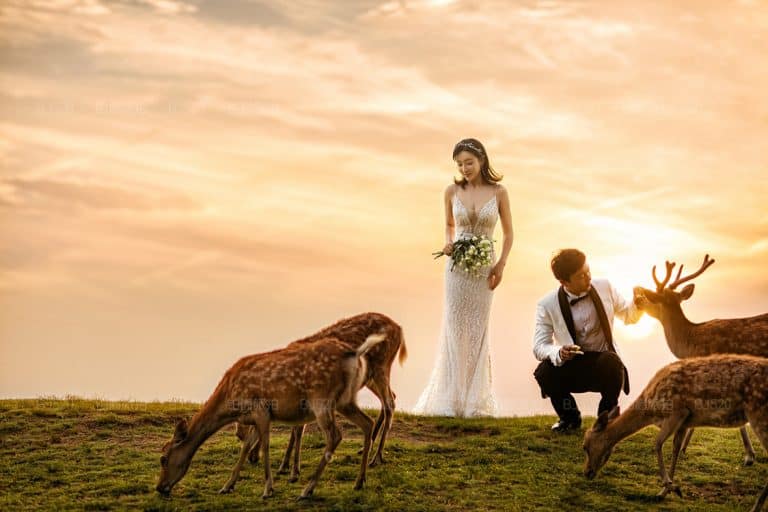 In China, marriage is an opportunity to show that we “keep face” (mianzi culture). That is why crazy sums are spent during this ceremony, usually at the expense of the groom’s family. Marriage is a matter of honor and money. Guests will judge the quality of the wedding by the money spent to make it or not a memorable event.

In addition to being a good way to demonstrate success and social class, marriage is also a crucial stage of life in Chinese culture. Indeed, from a certain age (25 for girls and 27 for boys), Chinese who are single are considered as deviant or even disrespectful towards their families. Many young Chinese people are under social and parental pressure.

The photo session, an essential step before the wedding 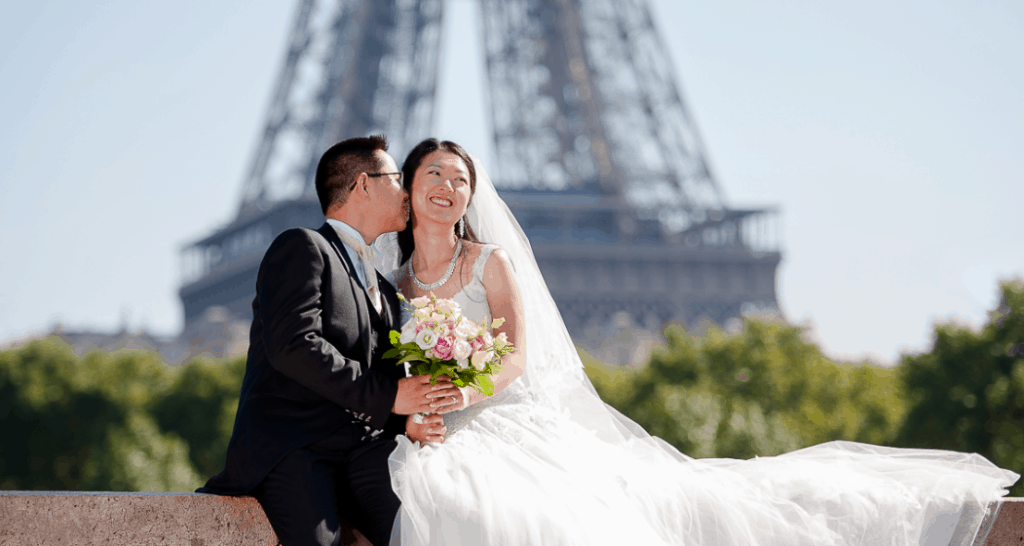 The first step of a Chinese wedding is undoubtedly an essential shooting session. All over China, from the Great Wall to the most unexpected natural sites such as Guilin, shooting teams can be seen stirring around young couples dressed in tuxedos and wedding dresses.

While thousands of Chinese couples choose the city of Hangzhou, associated with supreme romanticism for its magnificent lake, young couples can also shoot at the other end of China, and many specialized agencies adapt to any type of request by offering more original services, such as photos at an altitude of more than 5,000 meters on a mountain in Tibet or on a luxury yacht on the Chinese island of Hainan. The invoice can reach more than €10,000 or €20,000 for a single photo session.

Ya Kai, a Chinese wedding planner, says: “People are so rich, especially in Hangzhou, that they want to show it so much, to compete with others, to be the most beautiful, the most glamorous… that’s what China is all about today! The show off, the carelessness, the expenses without counting! ». 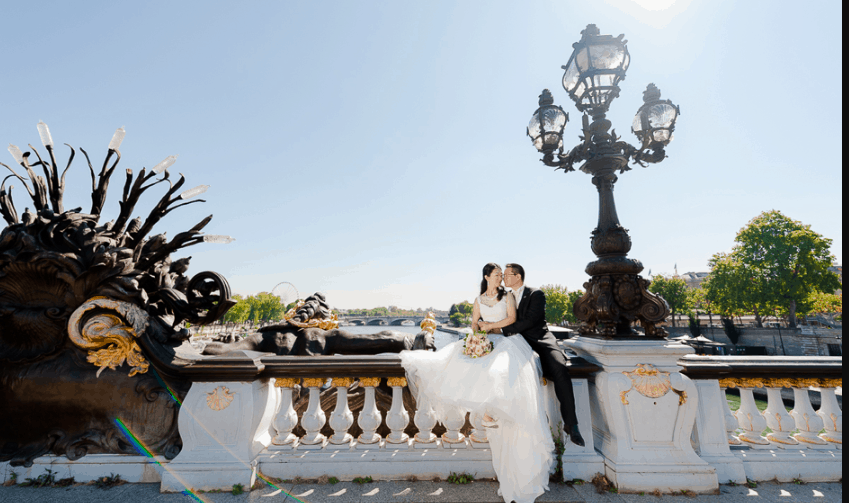 For the photo session, the richest couples travel the world and have their pictures taken in front of international monuments for those who can’t afford the flights, in China, there are ways of making the world come to you. An increasingly popular phenomenon.

For example, Elsie, owner of a local wedding photography agency in Shanghai, regularly organizes photo shoots in picturesque settings such as Thames Town, a suburb of Shanghai built to look like a British town.

Under the simulated houses of the Tudor, Thames Town houses a wedding photography studio specially designed for this occasion. The studio houses around 30 different backdrops used by couples having their pre-wedding photographs taken.

“Photos are mandatory” explains Sophie Zhang, a 29-year-old receptionist from Shanghai. “Everyone has the,” says Angel, a 35-year-old Mandarin teacher.

Historically, the history of this practice is mainly commercial, explains Cheng Li, owner of a studio in Wuhan.

This practice began in Taiwan, where wedding dress manufacturers offered photo shoots to sell more dresses. Then, in the 1980s, “they brought the company to the continent, much larger and therefore much more attractive.  Today it would be unthinkable to organize a wedding in China without going through this essential step”.

This practice seduced the masses who had just emerged from the cultural revolution and who miss the opportunity to travel. “It was soon after the end of the cultural revolution, during which Maoist policies had effectively paralysed the country. Because some people may have thought they would never go abroad, they started taking pictures in front of foreign-looking landmarks before their wedding, and then it became fashionable”explains Cheng Li.

Many opportunities to be seized in this industry

Nowadays, there are many business opportunities to be seized in this industry. In January 2015, CCTV America reported that China’s wedding photography industry is estimated at nearly $30 billion per year.

Most people spend at least $1,500 on their photos in Elsie’s studio, but for those looking to make a difference, going abroad to a real Thames city – or Paris, New York or Rome – is popular, provided they can pay $1,200 a day for each staff member in addition to flights, accommodation and meals.

In China the wedding photographer industry is already well developed, the sector continues to grow because this phenomenon is will continue. In the major European capitals that are very popular with Chinese grooms, business is also growing. European photographers specialize in wedding photos of these Chinese couples who are willing to pay crazy sums and travel all the way from China to get the best possible pictures. For more information, consult our previous articles on the subject:

If you want to propose your services to Chinese People… We can help you.

Designing the right strategy for this market is the key to success. We are an agency specialized in digital and we have worked with many service Businesses in China Marketing-China website is intended to be informative and useful for professionals wishing to develop in China. Our Agency sets up services to carry out your projects in this booming market.