The top 20 Chinese celebrities to use in your marketing campaign 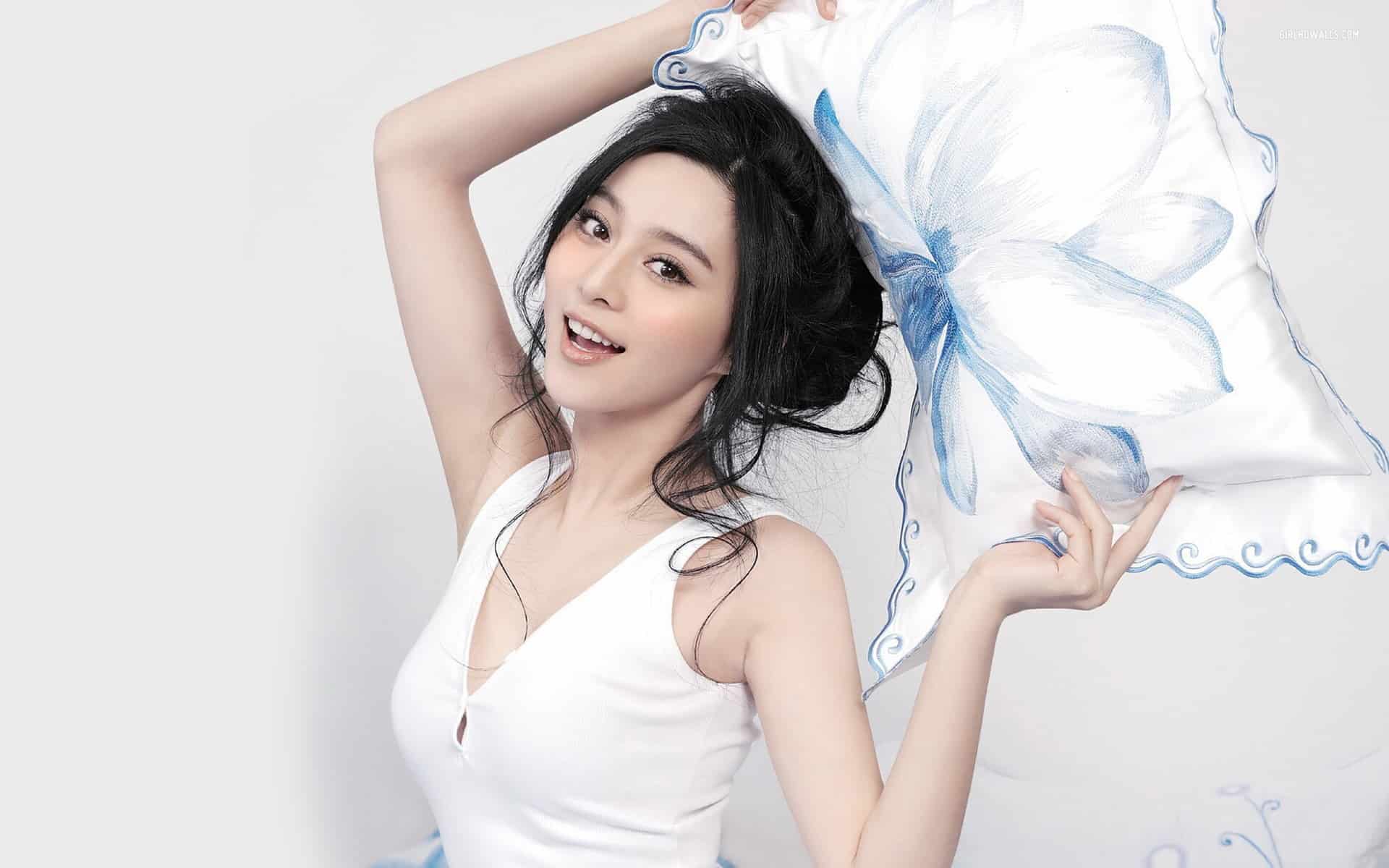 The biggest players in China have decided to transform the cinema industry in China.

China has seen its film and tv shows industry undergo deep changes these past few years thanks to the investments done by the biggest groups in China such as Alibaba that decided to get involved in its industry. China wants to brand itself as America’s Hollywood challenger. Meanwhile, TV Shows are also exploding with both Taiwanese and mainland China talk and reality shows. The biggest successes were for issuing Dad, where are we going to? and Chinese Idol. Let’s discover the ranking of the 20 most popular Chinese celebrities!

Fan Bingbing (范冰冰), a famous Chinese actress, is on top of the list of the most popular Chinese celebrities. Her salary in 2013 was estimated at 122 million yuan! She is known for her hard work and as a fashion icon. She has participated in numerous film festivals and fashion shows. Fan Bingbing is remarkable in more than 50 commercials, including for major brand L’Oreal. His last appearance was for the American film X-Men.

In 2014, they were 15 new celebrities, including 9 Chinese mainlands, 1 Hong Kong, and 5 Taiwanese. The list was published by Forbes magazine, which also evaluated the power of these celebrities taking criteria like income, status, and success.

Read our KOLs Guide for China

This actor and Chinese singer finds himself in the second position of the ranking! His salary is estimated at 89 million yuan! It is one of the most popular singers of the 1990s Hong Kong dubbed by the media “Four Heavenly Kings”. His 2013 tour starting in Shanghai attracted many fans and each stop made him earn 10 million yuan!

After him comes the famous Taiwanese actor and singer Jay Chou! He composed and produced his songs as well as those from other Asian artists. His music is a mix of traditional Chinese music, hip hop, jazz, blues, and folk. He is particularly known for his appearances in films as The Forbidden City and Greet Hornet.

This is one of the famous young Chinese celebrities in China. Chinese actor, singer, and model, he became very famous after his appearance in Chinese idol. He also starred in numerous commercials for Pepsi, Toshiba, Diadora, and Tissot.

It is one of the most famous Chinese actresses in the world, including the United States, when she first appeared in the movies such as “Crouching Tiger, Hidden Dragon” and “Memories of a Geisha.” She has won numerous awards such as the Best Actress award at the Golden Horse Awards. Recently, Zhang Ziyi gained particular attention from the media after her long time boyfriend Wang Feng (Chinese singer) proposed earlier this year

Having created her own studio in 2012, Yang Mi has played in some series, most famously Tang Ming Huang made by Chen Jialin, and in films such as Tiny Times 1.0. She has been a model for many Western newspapers such as Grazia or Elle. This is definitely your ideal Chinese fashion luxury.

She is called “the most beautiful face of Taiwan.” Her warm smile and her gorgeous body allow her to be invited to many TV shows. She appeared in many advertisements in China and Taiwan for famous brands such as Pantene, Olay, Lee Cooper, and Missha.

She is a famous Chinese sport, especially known for her participation in the French Open tennis tournament. She has won two major titles of Grand Slam, including the 2011 French Open and the Australian Open in 2014. Her great career as a professional tennis player has earned her a significant reputation in China. Li Na has also turned to commercials for brands such as Mercedes-Benz, Nike, Samsung, and Rolex.

This actor has achieved huge success after the series Scarlet Heart, released in 2011. After this success, many directors have asked him to play in television series such as The Bride with white hair and Scarlet Heart 2. His love story with Liu Shishi, the lead actress Scarlet Heart 1 and 2, has strengthened his reputation with his fans.

Needless to present this man! This is the most famous Chinese actor on the American stage. He played in many kung fu films for American mainstream films. Jackie Chan is also a director, gifted martial artist, and writer. His 60th anniversary has attracted a flood of unimaginable fans! This shows that its reputation is second to none. He has even been portrayed by famous artist Hong Yi using Chopsticks.

Eason Chan is a Hong Kong actor and singer. He was elected favorite pop generation Canto by Times Magazine. Tickets for the Summer 2013 concert have sold like hotcakes!

This group is one of the most popular in Taiwan and on the Chinese scene. They are performing for over 10 years and have collected many fans during their career. Each of their concerts shows their true notoriety through Asia.

He is nicknamed Xiao Zhu, which means little pig. Show Luo is a famous actor, singer, and dancer Taiwanese. He played in many series such as Hi My Sweetheart alongside Taiwanese actress Rainie Yang. He is also known for his role as presenter on the show 100% Entertainment.

Leehom Wang is an actor and singer, born in the United States. He is considered an idol because of his incredible musical talent and acting talent. His tour in 2013 in the Chinese mainland and Singapore was a great success.

She is one of the most famous Chinese actresses in China. She has also won numerous awards for her acting talents. In 2010, Zhou Xun has been ranked among one of the 25 greatest actresses in Asia. She starred in the film Red Sorghum by Zhang Yimou.

He is known for his hard work. He created the production Post Office Limited in 2013, which is a television and advertising post-production high-quality company. The company is the most famous for special effects in Hong Kong. In November 2012, Nicholas Tse said the company will be listed in the future.

Donnie Yen has managed his transition to martial artist actor, thanks to his appearance in the movie Yip Man. He signed a contract in 2014 with the agency Creative Artists Agency (CAA), a very famous agency in Los Angeles.

Jimmy Lin became famous during his participation with his son in the famous show Dad, where we are going to? After his appearance on this show, he turned in some advertisements.

He starred in several popular television series in recent years and created his own studio in 2012. He also became the producer of television series. Moreover, his marriage in 2014 with the actress Yang Mi has increased his notoriety.

Chinese celebrities contribute to the reputation of China. But many Western brands are taking advantage of their fame to promote their products. By organizing advertising campaigns through Chinese stars, big brands can gain the trust of Chinese consumers.

When you plan on going to China market, you’d better use Chinese celebrities in your campaign. I remember a Chinese friend of mine who saw a client of ours showing pictures where a celebrity appeared. All that she said was “wow” before sharing the picture on her moments with comments about the client, and the circumstances that lead to that picture being taken.

This is but a small example of what can be done through celebrities. They have a huge fan base in China but you must stay careful about which ones to use and which ones not to. For instance, Jacky Chan has suffered from a bad buzz “the Duang Duang” buzz because he partnered with a brand of shampoo that happened to be harmful or the fact that he partnered with too many brands. On the other hand, some Chinese celebrities, while still famous are no longer the hot celebrities (no pun intended) they once were: Gong Li, Zhang Ziyi, and now Fan Bing Bing appearing everywhere.

In addition to this, you may want to use KOL for your branding, online celebrities may not be famous in real life but have a huge fan base very interesting to use for your branding in China.