The Chinese Ski Market: between the COVID-19 and the Winter Olympics 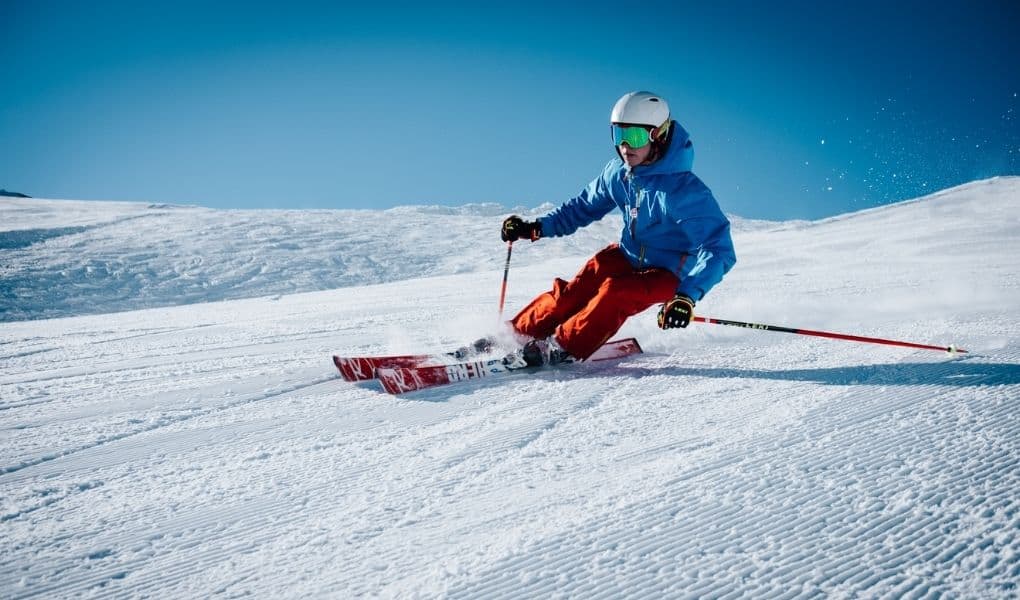 The Chinese ski market: A huge market in the run-up to the Olympics

By 2022, for the Winter Olympics, most ski events will take place at Chongli Station. 76 billion yuan investment was planned on the site! The work will be huge because China starts from scratch (or almost). The strength of the Chinese market is that it is at its peak right now. China is living the Alps in the 1970s. The excitement around this practice is at its peak, the planned investments are huge, and the number of skiers continues to grow. This market is more promising than ever! Chinese ski resorts should even catch up with those of Switzerland (in terms of profit) within two years.

Favorable conditions for ski in China

While the population was not always ready for the arrival of skiing in China, the country was still adapted to this practice. We must not forget that China is the third-largest country in the world! His landscapes are very varied. Two-thirds are mountainous, with peaks of up to 8000 meters.

The conditions of the country are therefore totally favorable to make this sport a huge business in China. Only the population was not ready. While a slight interest began in 1996 during the Asian Winter Games in Yabuli (not far from Harbin), the real turning point came in when Beijing was elected as the host city of the Olympics in 2015.

A craze for skiing encouraged by the government

President Xi Jinping has organized a large national-level plan to promote winter sports. The numbers have fallen, the goal to reach is 300 million followers by 2022 (including 120 million skiers). This would allow the country to have more and more athletes and maximize their chances of medals at the Games. Which is a bet far from being won due to the lack of winter sports culture in China.

While they shine during the Summer Olympics, their success at the Winter Games remains mixed and the country wants to turn the tide in 2022. But it is also the opportunity to boost the economic momentum of the North-East provinces. Thanks to the new “winter tourism”. Because these provinces are in crisis since deindustrialization. The tourist attraction of these could thus save them. Skiing is even promoted in schools to encourage the interest of the inhabitants from the youngest age.

According to industry rules, ski visits between the Spring Festival and March will account for 40%-50% of the entire snow season. At the same time, affected by the weather, a large part of outdoor snow resorts are only open in mid-to-late December 2019, and some snow resorts may even complete their first snowmaking in early January and this is not the end of the story.

According to the estimation of the report mentioned earlier, the number of skiers in 2020 will drop to around 11 million, a year-on-year decrease of 47.37%. According to the conservative estimation of the growth rate of skiers in various ski resorts in 2019, the short-term loss of income caused by the epidemic to Chinese ski resorts is about 6.68 billion yuan. If other possible losses are considered, the overall economic loss will exceed RMB 8 billion.

However, as the epidemic control in China continues to take effect, many industries in China starts to recover, including domestic tourism. Moreover, even the outbound tourism is shut down, the outbound tourism industry doesn’t stop to capture Chinese people’s attention. During the epidemic, game rules have changed, those who can successfully catch these development opportunities are expected to take the lead in the market recovery and build a competitive advantage.

With the increasing affluence and the promotion of the government, the number of skiers in China continues to go up. More and more Chinese people are interested in skiing. The market is giant for foreign businesses in two aspects:

Indeed, China has ski resorts, but there are still a lot of people who like to go skiing abroad. Why?

Why do Chinese people like to go skiing abroad?

One of the reasons is the cost-effectiveness of skiing abroad. It refers to the overall experience of comprehensive prices, accommodation, complete surrounding facilities, and the quality and the design of the resort. After decades or even hundreds of years of development, the foreign ski resort system is more complete and stable.

Moreover, Even in Northeast China, the ski resorts are basically man-made and there is little natural snow. Even if artificial snow is added, there is not as much snow in the Alps and the snow is harder and more compact in those Chinese resorts. In addition, the slopes in China are shorter and less. The altitude difference largely determines the length of the slope. There are many ski resorts with a drop of more than 2000 meters in foreign ski resorts, and there are more than 20 ski resorts of this kind in the Alps alone! In contrast, in China, there are only about 20 ski resorts with a vertical drop of more than 300 meters.

Last but not least, compared with the Chinese coach fee of more than one thousand yuan for half a day, learning to ski abroad is actually very cheap and high-quality!

According to statistics, in 2018, overseas ski travel increased by about 50% year-on-year. Data from Ctrip’s – China’s largest OTA (Online Travel Agency) showed that the number of tourists who signed up for the ski and snow route has increased by more than 70% from the previous month in 2018. Especially tourists from southern cities such as Guangzhou, Shenzhen, Zhuhai, etc., have recently been very interested in ski and snow tours.

In terms of destinations, the most popular ski and snow tourism for Chinese tourists are Japan, Switzerland, Russia, Finland, the United States, France, Sweden, Iceland, Norway, and Austria.

Outbound snow skiing is becoming more and more popular, and airlines are also seeing the demand of tourists and opening new destination routes, and they have gradually attracted the attention of Chinese skiers and other winter tourists.

Imported ski equipment are highly in demand in China

In addition, due to scandals that happened in many industries in China, Chinese consumers prefer to purchase imported ski equipment, as they are perceived as of good quality and of good cost-efficiency.

How to get the Chinese ski market?

Nothing to do during the COVID-19? You are completely wrong!

Like what has been explained before, during the epidemic, tourism is undergoing a difficult period, however, companies still need to respond quickly to public opinions, and this is the best time for interaction with targets.

For example, even when Chinese tourists are unable to travel due to the epidemic, Mafengwo – one of the largest tourism social media in China, still actively uses content and community to interact with its users. The platform has developed a wishing activity of “#the place to go after the epidemic”. Users can write down the destination they want to travel to on the page and broadcast it in real-time to share with others.

In this way, businesses can enhance user stickiness and create leads. Once the frontiers are opened, those tourism companies who have already well-prepared during the epidemic can quickly respond to get those potential targets and work out appropriate traveling plans for their targets.

Use e-commerce platforms to boost your visibility and credibility

If you are a ski equipment brand, it may be advisable to sell your products through Chinese e-commerce platforms before opening a store in the country. Indeed, most skiers are still beginners and will prefer to rent their equipment.

The first approach by the internet is advised. Tmall and JD.com control the vast majority of e-commerce in China, so it makes sense to use them for easy visibility and credibility with the Chinese.

The most effective way to build a community is through social networks. If you already have an important community following you on Facebook, Twitter, Instagram, etc, know that this is not a sufficient foundation. The Great Firewall of China will block all these Western networks and force you to come and sign up on theirs.

Being present on every Chinese social media, for instance, WeChat, Weibo, Xiaohongshu, can boost your brand awareness, and this is extremely important in China because Chinese people don’t buy unknown brands.

Just like shown earlier in the article, Chinese OTAs can also be a supplement in advertising your ski destinations, as those platforms gather people of the same interest (traveling). In this way, you can reach a more targeted audience.

Partner with Chinese athletes to promote your brand exposure

The future professional skiers going to represent China at the Olympic Games will become the idols of a generation of Chinese, the first interested in winter sports. So you need to partner with them to sponsor and promote your brand.

Their community will quickly know your brand and will see you as a trusted brand with quality products. It is very important for your brand to have a good image in China because Chinese consumers have little confidence in advertising. They bring more importance to the opinion of their entourage or that of the influential personalities.

If you need a professional agency to help you get into these Chinese networks, call Gentlemen Marketing Agency!

More about doing business in China after COVID-19: