The infant formula market in China 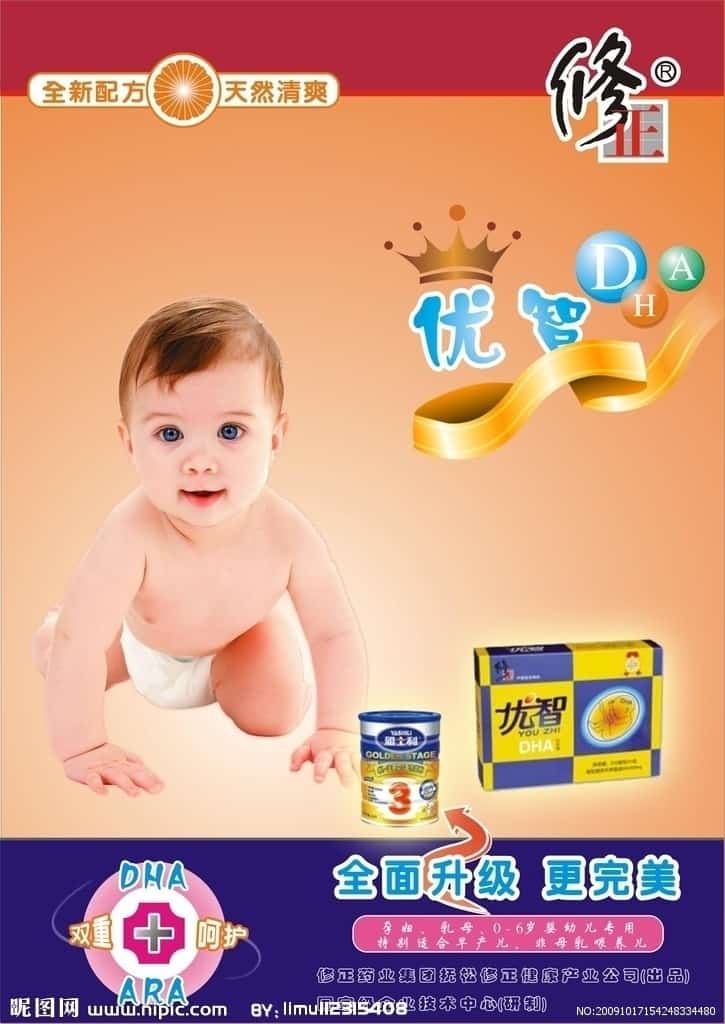 The infant formula market in China

Baby formula market is developing at an amazing speed now in China. Due to the growing concern about their babies’ health, Chinese mothers are willing to pay more for baby milk powder. How to brand yourself in this growing market?

Infant formula in China is an important market, which witnessed a major crisis which makes it very dynamic and open to foreign players. Chinese consumers have more confidence in foreign brands and are willing to spend more to give their babies a quality product.

In 2008, melamine-tainted milk by the company Sanlu caused the death of six children and sickened 3,000 children across the country. The scandal caused a national panic and devastated the trust in Chinese dairy companies.

A recent survey conducted by CCTV revealed that 70% of Beijingers are reluctant to buy a Chinese brand of infant formula because they are worried about safety. Nevertheless, the last official report of the Association of dairy products in China found no significant difference between Chinese dairy products and their foreign counterparts.

This phenomenon is not limited to the capital and even in smaller cities in China consumers do not hide their fears about the quality of domestic milk powder.

Imported brands have rapidly gained momentum since 2008. Starting with 40% of the market share in 2008, foreign companies now graze equality with their Chinese competitors. Customs services’ data show that the country imported 400,000 tons of milk powder in 2012 which was the record in China.

Since March 1, people leaving Hong Kong are not allowed to take more than two cans of powdered milk for infants with them. Offenders are liable to pay 49,460 euros and up to two years in prison.

The new rule was implemented after a recent shortage of certain brands of powdered milk in the major cities of mainland China. The shortage has been attributed to the growing demand from mainland buyers whose confidence in Chinese infant formula has collapsed.

The Chinese government wants to restructure the supply chain of the Chinese dairy industry to regain consumer confidence.

There are at least five government departments responsible for health surveillance of infant formula in China. The lack of communication and coordination between these agencies has resulted in a lack of efficiency.

Anyway, since the milk scandal in 2008, the Chinese government has started to centralize services and ensure better control of the agro-industrial chain. Some have even proposed to set up a single centralized department to strengthen supervision. These reforms are still under study.

Zong (Chairman of Wahaha) and member of the AFN, calls for the conduct of strong law pursuits of the “black sheep” of the dairy sector.

Distrust of Chinese consumers are disproportionate

The authorities stated that 99% of the formula on the mainland of China meet the international standards of quality.

Despite this, many Chinese people will keep buying infant formula powder abroad, which reveals the continuing lack of confidence when it comes to the domestic industry. Those fears are largely fantasy but it is an asset for European brands of infant formula.

The study of CIC  about the consumption trend in China in 2013 places the “pay for safety” on top of the trend for the next year.

Despite government attempts to reassure citizens the negative comments about the Chinese brands are still very present on social networks.

Tmall made this announcement following the arrest of 25 people in Hong Kong for violating the legislation concerning dairy products adopted in HK in March.

These six brands will be:

The milk used for all of these products are from New Zealand, Britain, Germany, the Netherlands or Switzerland.

Consumers will order online then companies will import products from their home country and send them through Chinese customs. Orders will be shipped via express mail services.

Although most of the fears due to the milk crisis are unnecessary, foreign brands should take more and more advantage of this anxiety context and use it as an opportunity to strengthen their investment in digital communication and social media to build an image of a trustful brand. The partnership of leading European brands of infant formula powders with  Tmall is a good initiative.