The Future of Islamic Finance in China

February 17, 2019|Investment and financing in China

The expansion of Islamic finance has gained increasing interest in recent years. In China, Muslims represent only a small percentage of the population, but there are already several companies that use Islamic financial products. Experts point out that the “new silk road” (the infrastructural project launched by Beijing to connect Asia, Africa, and Europe) crosses many countries with a Muslim majority and therefore finance that follows the precepts of the Quran could have an important role in its realization.

WHAT IS ISLAMIC FINANCE?

Born in the seventies of the last century in the Middle East, Islamic finance follows the Sharia, the Islamic law, which fixes three principal principles in finance: the prohibition of asking for interest (riba), considered a form of usury; the sharing of risks and profits between creditor and debtor and, finally, the obligation to support all financial transactions on a real asset, and this, in theory, excludes the use of derivatives.

According to the precepts of the Qur’an, money cannot stand still and generate more money. To grow must be invested in concrete and productive activities (such as real estate).
Islamic banks are thus distinguished in a substantial way by Western banks. For example, rather than granting a loan to a person who wants to buy a house, collecting interest on the loan in exchange, the bank buys the house directly and then leases it to the client, who will pledge to pay the corresponding amount more monthly installments, paying a commission on the service obtained. When he has paid all the installments, the customer will become the owner of the house.

According to recent research, today the turnover of Islamic finance is 1,810 billion dollars: In 2020 the turnover will increase to 3,250 billion. This huge market has attracted the interest of many countries, which are trying to become “international Islamic financial centers”.

According to a study quoted by Gulf Times, a newspaper of the United Arab Emirates, today Islamic finance has only two major centers: Malaysia and the United Arab Emirates. Dubai, in particular, is one of the most important markets for transactions based on Islamic financial products and is the third almond center for the exchange of Sukuk. In mid-2014, the value of these bonds listed on the Dubai stock exchange had reached $ 22 billion, of which more than € 18 billion were traded at Nasdaq Dubai (an index open to investors and international companies). Moreover, the Islamic Development Bank has already launched a plan to issue Sukuk through the Nasdaq Dubai, amounting to ten billion dollars. This operation will give further impetus to the development of the emirate as an Islamic financial center.

In May of 2015, however, Malaysia has issued 150 million dollars in Islamic bonds. Prime Minister and Malaysian Finance Minister Najib Razak said that “the plan will consolidate the country’s position as an international Islamic financial center”. The bonds launched by Malaysia include Sukuk with a ten-year maturity and a value of one billion dollars and other securities with a thirty-year maturity of 500 million. The latter is the first Islamic bonds in the world to have such a long maturity and have already reached a value six times higher than the initial one: a confirmation of the high satisfaction that these financial products have on the market, and of the trust towards the Malay system from foreign capital.

Even the Indonesian president Joko Vidodo has repeatedly expressed the hope that in the future his country will become a world Islamic financial center. Video says he is optimistic because Indonesia is the country with the largest number of Muslims in the world and is the largest market in the world for the purchase of Sukuk by private investors. Gradually it will become the main state to issue Islamic bonds. If the country continues to exploit its potential, the hope of the Indonesian president is destined to become a reality. 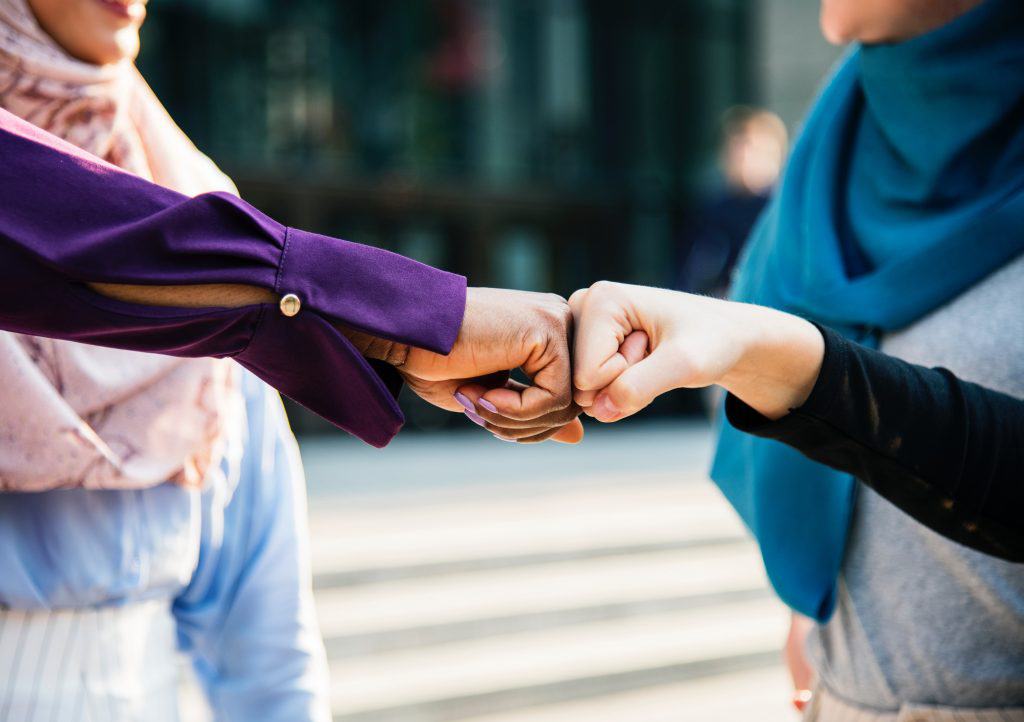 The Belt and Road Initiative (BRI), announced by China in 2013, will introduce a wave of opportunities among the sectors of the Islamic economy, given that about 27 of the 65 countries that have joined the transcontinental economic development scheme are Muslim-majority said industry experts and academics. The strategy embraces the Chinese mainland region to the Middle East and beyond Africa. So there is no doubt that the opportunity that this region offers and presents is truly extraordinary, “said Abdulla Mohammed Al Awar, CEO of the Center for the Development of the Islamic Economy of Dubai (DIEDC), at Salaam Gateway in the margins of the summit on the global Islamic economy (GIES) 2018 last week. “This region has many Islamic economies and jurisdictions that have a large base of Muslim consumers, so it is natural for the Islamic economy sectors to contribute to the development of the Belt and Road Initiative, whether it be Islamic financing or trading halal products. There is more than one opportunity there, “he added.

Launched by Chinese President Xi Jinping in 2013, the BIS is one of the largest infrastructure and investment projects in the world, covering more than 68 countries, including 65% of the world’s population and 40% of the global gross domestic product (GDP ). China spends nearly $ 150 billion a year in the countries that have joined the initiative, which includes the six Gulf Cooperation Council (GCC) countries among the 13 Middle East. According to the latest data from the National Bureau of Statistics of China, the trade in goods between China and the countries along the route has already exceeded 5 trillion dollars, with the total investments of China in the areas of economic and commercial cooperation in these countries that they reach $ 28.9 billion over the past five years. At the regional level, the United Arab Emirates are at the forefront. It is expected that bilateral trade between the United Arab Emirates and China will touch $ 58 billion this year, after having crossed $ 35 billion in the first nine months of 2017, said UAE Minister of Economy Sultan Al Mansoori.

Chinese Investments and the power of Hong Kong

Last October, the Chinese real estate company Country Garden announced a program for the issue of medium-term Islamic bonds through a subsidiary based in Malaysia: the par value of the issue is equal to 1.5 billion ringgit (approx. 350 million dollars). It is the first example of Islamic real estate titles issued on a national scale. Zhang Yansheng, director of the Institute for international economic research, said that the Ningxia, an autonomous region in northern China, could become the basis of financial cooperation between Beijing and the countries of the Persian Gulf. The hope is that within five, at most ten years, Ningxia will become a Chinese Islamic financial center of the international scope. Abdulhakeem Y. Al Khayyat, on the other hand, believes that Shanghai has more chances. According to the manager, an Islamic financial center can flourish more easily in a traditional stock exchange. In fact, even before becoming an Islamic financial center, Bahrain was already an established financial center.

Finally, Islamic finance requires the availability of qualified professionals. If China wants to develop the sector it is very important that personnel training also takes place abroad. Even if Chinese financial professionals are already at a very high level, they still need to learn from the best international companies. For example, China could send personnel to Malaysia or Bahrain training institutions. Or collaborate with these training institutes.

Also significant is the green light given by the Chinese authorities to one reform of the legal framework and investments in Hong Kong in view of a massive landing of Islamic finance, started with the launch of the market
Islamic bonds by the local airport authority. The former Indeed, the British colony is in recent times proposing itself as a platform entry of Islamic investments in the region and in particular in the Chinese mainland, contending this role to reality for years active in the field like Singapore, Dubai, and Japan. Trips have been made more and more frequent by Hongkongers delegations in Arab countries to promote economic zones special (ZES) Chinese as a springboard for Islamic investment in the country. Hong Kong has also recently launched an Islamic index (Hong Kong Islamic Index) which lists the companies that respect the Sharia, established on the island but also active in mainland China. Thanks to the role played by Hong Kong something Islamic already moves in China, and for a few years.

How to invest in China? 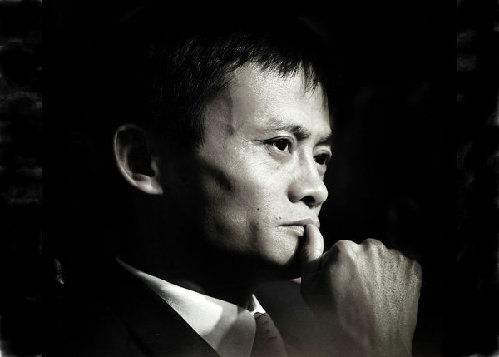 Investing in China, especially in the last few years, is not so easy: an online store is not enough, there is a need for investments in packaging, branding, communication, and marketing.

Lead generation is the marketing process which allows to stimulate and capture interest in a product or service for developing sales pipeline. Lead generation uses digital various promotional channels to drive traffic to your landing page to start generating leads.

Chinese Social media platforms make it easy to guide your visitors to take action, from the swipe up the option on Wechat Official Account to Weibo Account. You can also promote your offerings on your social posts and include a call-to-action in your caption. Learn more about social media campaigns in this post.

Word-of-mouth marketing is also useful for lead generation marketing in a different way. That is, it gets your company in front of more people, which, in turn, increases your chances of generating more leads. Whatever channel you use to generate leads, you’ll want to guide visitors to your landing page. As long as you’ve built a landing page that converts, the rest will handle itself. 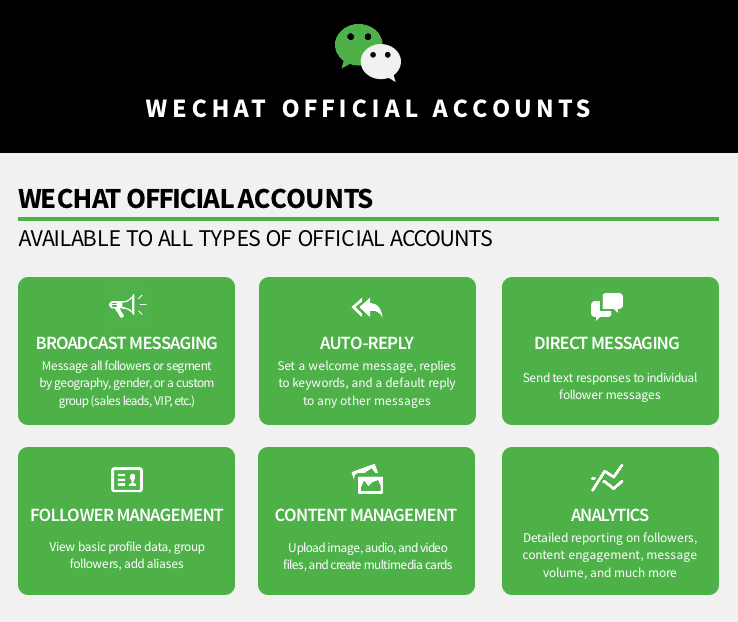 Create a loyal fanbase. promote your company with user-generated content. You have to push your followers to react positively to some sources of fresh content, and encouraging them to post on your behalf. 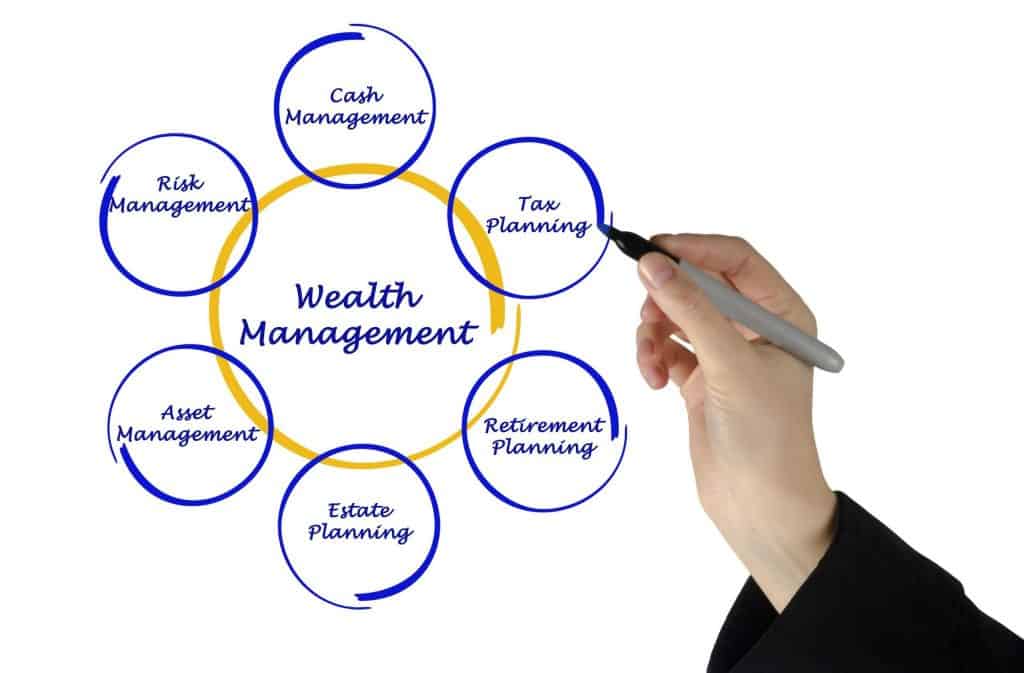 After the original plan is developed, we meet regularly with clients in order to update goals, review and rebalance the financial portfolio, and investigate whether additional services are needed.

If you are a Financial Company, GMA has the right solutions for breaking the Chinese Market and improve your ROI. Contact us