The differences between SEO on Google and Baidu 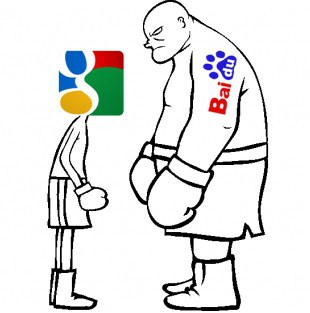 The understanding of chinese

Baidu also used that in terms of communication. Baidu understands the chinese people.

Collaboration with the government

Baidu still has a close cooperation with the chinese government and respect the rules of censorship. Baidu regularly censored results, pornographic content but also articles which don’t agree with the politic of the government.

Regularly, we see some new-censored keywords, such as “Ferrari” referring to the scandal of one of the son of the member of the government. More information about the censorship of Ferrari here.

Google has more time to collaborate. Very early Google was the victim of Chinese censorship, which has benefited the Chinese competitor.

They tried some buzz in 2009, a fake exit at Hong Kong, which depleased the chinese government. Now, Google.cn redirects to .com.hk and is slow and regularly inaccessible from mainland China.

Now Google.com.hk respects the rules of the censorship and censored the same results as Baidu.

If Google is a great innovator, Baidu is famous for its copies. The chinese giant of the Internet has indeed a lot of copies to its record.

In an easy way, Google research to have the best results contrary to Baidu wants to earn the maximum amount of money possible. I explain myself.

Baidu is selfish and focused on cash flow. The price of a click on Baidu is also very high, 4 times more than Google.com.hk

Baidu make SEO in priority to Chinese websites, and reference a few foreign websites. While Google.com.hk will take everything into account.

To conclude… how to work on the SEO of your website on Baidu.

You may have see, I’m not a fan of the “Baidu” technology but I understand it. We can criticize this search engine, but know that the SEO is really hard to reach the first webpages because there is a big competition in China.

I am one of the few foreigners able to understand Baidu and act effectively on SEO sites in Chinese on Baidu, with my Chinese Partner.

Baidu is the favorite search engine of Chinese people today, but there is a strong wave of dispute from the Chinese geek community on Baidu. I think the Baidu empire is not ready to fall. There is now no serious challenger to rival.