Success story of a watchmaker entrepreneur in China 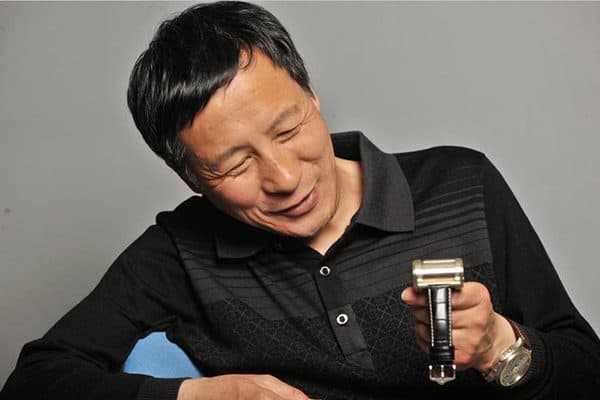 Ma Xushu, a Chinese man was recognized as independent watchmaker according to the Swiss association l’Académie Horlogère des Créateurs Indépendants.

Ma Xushu is the first Chinese member of the AHCI

Ma Xushu is the only Chinese member of the watchmaker Swiss association. He gained a lot of knowledge especially through his reading, and although his training was difficult because he didn’t have access to the equipment needed to develop his skills, Ma Xushu was able to train and become a great watchmaker. In his homeland, he even repaired watches owned business men and local politicians.

L’Académie Horlogère des Créateurs Indépendants (AHCI) is a prestigious association that brings together the best watchmakers in the world. The AHCI association was founded in 1985 to protect the values of craftsmanship and creativity of mechanical watchmaking. Currently, the association has more than 30 members around the world and they are the most talented watchmakers worldwide. The Swiss Academy promotes watch models combining craftsmanship and advanced technology.

The criteria to be part of the Swiss association are challenging. The watchmakers who wish to be members must create an original design, including for components of the watch, gears, springs, all must be original. Once construction is complete, the watchmaker must shows his creation to members who will evaluate the creativity and originality of the watch. Then they will decide whether the candidate meets the conditions to be recognized as independent watchmaker. Watchmakers who are members of the AHCI association are recognized worldwide but this is not the only advantage. They also have the chance to exchange ideas among themselves and develop their own brand with the support of the association.

It was a lagging choice for Ma Xushu. He decided to realize his passion at the age of 53 years and he gave up his job as an engineer. During his youth, he was very interested in the repair of watches and he spent much time studying watchmaking. However, the repair of watches wasn’t enough for him and he had the desire to create his own design of a watch.

With the lack of funding and the price of the machines, the beginnings were difficult for our watchmaking genius. Unlike Switzerland, China doesn’t contribute to the success of independent watchmakers and they don’t have a fund to support their careers. Nevertheless, he continued to repair watches to survive the sole purpose of having a chance to realize his dream. Eight years later, Ma Xushu finally got the boost he needed to become a certified independent watchmaker and was invited by the AHCI Association to attend the Basel World 2013, the most famous watch fair in Switzerland.

Ma Xushu was integrated at the AHCI thanks to the creation of his extraordinary watch. His masterpiece is a watch without hands allowing people to read the time in the same way they would read the temperature on a thermometer. In recent years, Ma Xushu was acclaimed worldwide for his unique and original creations.

You can show this video, which shows his watch:

The watch industry has a future in China. Nowadays, the Chinese industry is still low-end, however there are some Chinese brands as FIYTA who are always focused on creating high-end watches with their own characteristics and that excels in the industry. If this trend continues, Chinese brands could have the ability to compete with prestigious Swiss brands.

Do you want to know more about China market? Take a look at this

Why we are as good as we say we are? Go and take a look there

Social networks are critical to promote your brand in China!