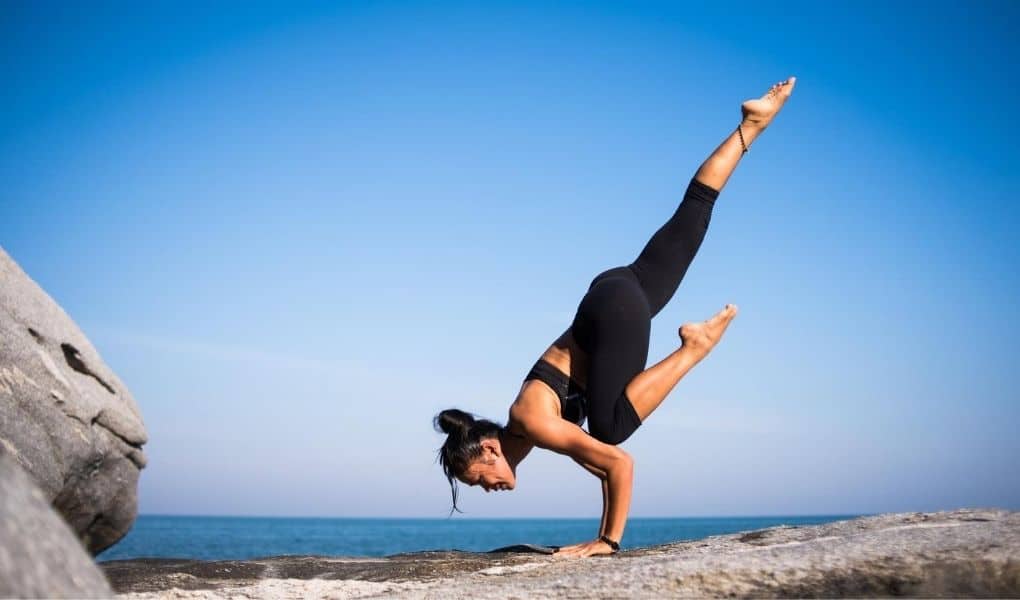 A growing number of Chinese consumers are paying great attention to their fitness and health conditions. And given China’s rising affluent consumer base and the government’s push to be a more active and healthy nation, there are no signs that the country’s fitness industry will slow down anytime soon. 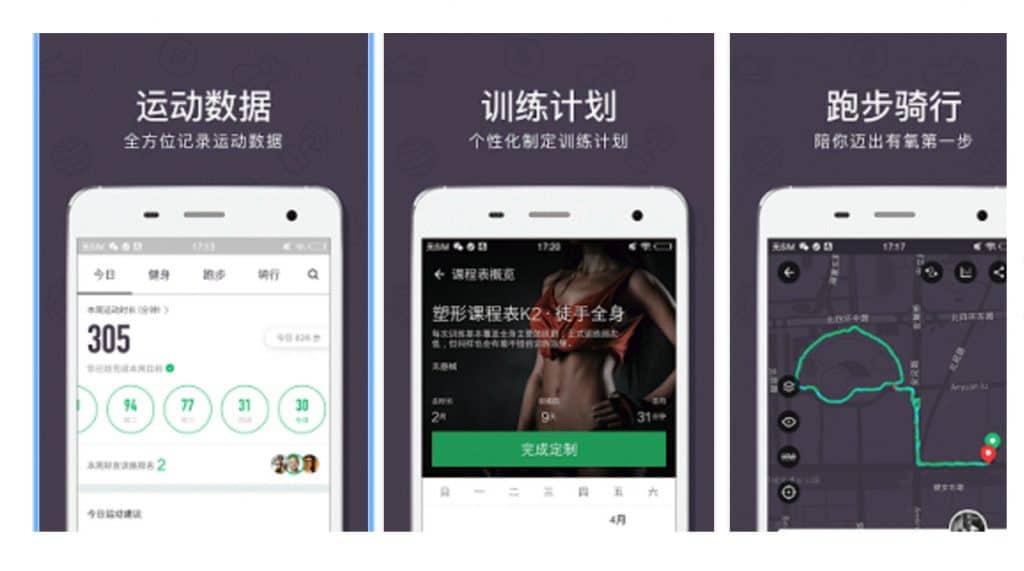 Today, China’s gym and fitness sector is valued at US$7,5 billion.

According to a report from the China Business Research Academy, gym memberships in China reached 6.6 million in 2016 – double the number of memberships from 2008.

The gym and fitness market in first, second, and lower Tier Chinese cities

In 2021, there are nearly 100 thousand fitness studios in China and are mainly located in the most developed provinces of the country.

In Tier 1 and Tier 2 cities, around five percent of the population was actively working out in gyms already in 2018.

Today, while Beijing and Shanghai are still the largest markets for gyms, but also the first trial choices for studio brands that owned innovative concepts, the market of second- tiers cities is even more interesting for fitness clubs. This because of lower labor and rental costs, which permit brands to offer more attractive membership packages (source: Statista).

Another factor that brands should consider is related to the market of lower-tier cities. Baidu data highlight a greater interest in wellness throughout China compared to the past, but as many as 79% of searches on sports are made in lower tiers cities.

As more consumers are hitting the gym in China, mobile fitness apps were already gaining in popularity before the pandemic, but only after social networks and instant messaging applications among fitness fans.

Nowadays, the COVID-19 has accelerated such a negative trend for physical gyms and increase the rise of fitness apps. In fact, according to Statista: “sports apps such as Keep, Codoon, and Mi Fit have been well received among millions of online fitness users in China”. 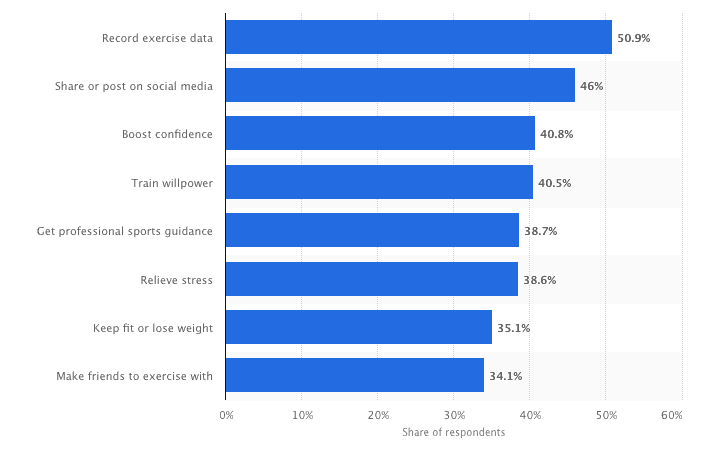 These workout apps attract users with free, detailed tutorials on almost any type of workout, from cardio to muscle development. Some even have video tutorials featuring social media celebrities to demonstrate the moves.

According to consultancy SooToo Research in Beijing, a growing number of people are working out using mobile apps as a guide. In its mobile fitness app report for 2016, it said although 37.2 percent of people chose gyms to exercise, 28.9 percent stay at home for various reasons such as avoiding city traffic and smoggy days.

This makes fitness instruction apps useful for those who stay at home. The apps enable users to exercise with guidance whenever and wherever they want. 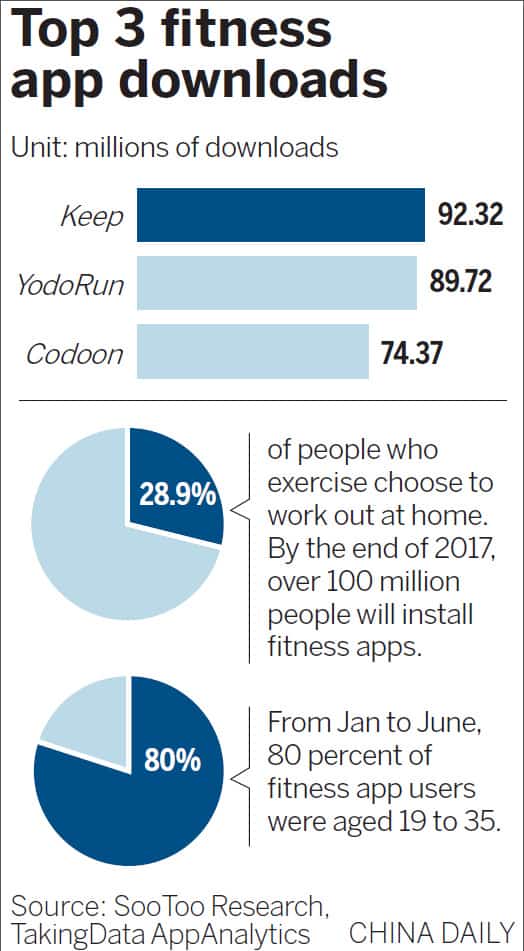 By providing a platform to share pictures and experience, they have made exercise much more fun, and that is why it’s becoming so popular to have a fitness app on your phone.

Summer is the peak season for body-building in China with 104.24 million active users using sports & fitness mobile apps. On average, a user used sports & fitness apps 3.05 times a day and spent 20.17 minutes on them in June 2018.

Body-building was more appealing to users from top-tier cities and those with mid-level to high purchasing power.

Most popular fitness apps in China:

Keep, launched in Feb 2015, is the number one app in the “Health and Fitness” category for iOS in China.

In August 2017, Keep reported that it had reached 100 million users in China, compared to 23 million in the US and 20 million in Europe.

Keep offers a variety of training programs for different groups of people to work out anytime, anywhere – all while connecting with their friends to share their results as well as comment on others’ workouts and progress. 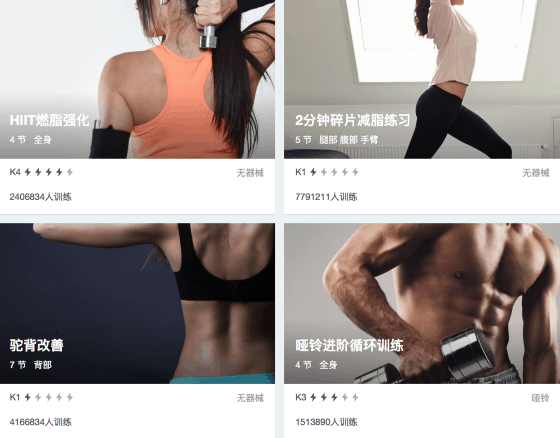 Keep reported that over 23 percent of its users live in Beijing, Shanghai, Shenzhen, Guangzhou, or Chengdu – five of China’s largest cities and that 77 percent of users are under the age of 35.

Top international activewear brands including ASICS, Lululemon, Under Armour, New Balance, and The North Face have launched promotional campaigns on this app. 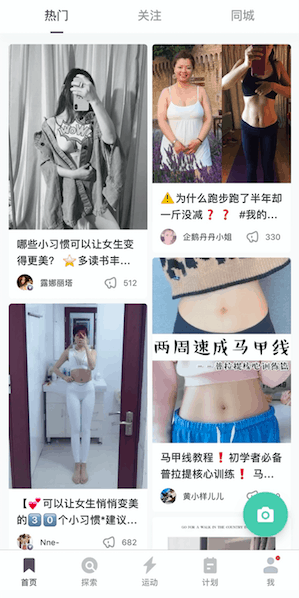 When Under Armour sponsored Tom Brady’s visit to China in June, it launched a Keep campaign that asked users to write a personal “Exercise Manifesto” for the chance to win an Under Armour shirt.

Meanwhile, Lululemon used the app to promote a yoga class in Beijing taught by a star instructor.

The app teams up with other brands for sales promotions such as a collaboration with ASICS that provided users with a tutorial on picking the right sneaker and a link to purchase ASICS shoes in Keep’s store.

In addition to broad fitness apps like Keep, apps on the market targeting enthusiasts in a specific activity like running, yoga, or cycling can reach even more focused niche communities.

Yodo Run is one of China’s leading social health and fitness apps that is well-known for its creative approaches to stimulate users to exercise.

Through Yodo Run‘s advanced automatic step counting and GPS algorithm, the app can record various exercise patterns such as walking, running, fitness, and cycling. This way, users can keep track of their day-to-day movements.

Yodo Run has its unique feature of giving cash incentives to users. The app tracks user activity and rewards their healthy behavior with virtual red envelopes containing up to RMB 2, medals, prizes, and certificates. Prizes can be used to get discounts in the app’s online store.

The app also works as a social platform where users can meet runners, compete in challenges, join offline events, and book professional trainers.

Joyrun is a social app focusing on running.

As of February 2017, the app has attracted 30 million users and has held more than 150 activities and competitions in over 60 cities.

The Joyrun app has everything that a running fan could ever wish.

Besides the activity tracker and social platform as other fitness apps, you can use Joyrun to find a pal to run with, sign up for online running challenges, look up events, register for marathons inside China as well as discover those abroad.

The app also features a newsfeed of training programs and brands that you can follow.

Codoon is one of a few apps that specialize in square dancing.

Besides the option to track how many calories you lost with Chinese square dancing, one of Codoon’s more unique features is tuning into live streams from fitness trainers.

It also allows users to track their activity, read articles, shop for equipment and healthy food, and share their sweaty selfies.

According to their website, Codoon now has 80 million users. The brand belongs to Chengdu Le Dynamic Information founded in 2010.

The Pacer Pedometer is the world’s most downloaded daily activity tracking app for iOS and Android, according to the app’s maker.

In the future, Pacer aims to track user activity 24 hours a day and use data mining and artificial intelligence to help users monitor their health.

Since its launch in 2012 Pacer has amassed 50 million users including 27 million overseas users.

The company is keeping a close eye on trends in China with the latest updates bringing a new social platform, online and offline events, and prizes.

Conclusion on the fitness industry in China

Chinese consumers are doing things online, and fitness is not an exception. The fitness apps would not compete but complement the more traditional offline fitness centers in bringing customers smart, convenient, fun, and effective exercise experiences.

Sports brands are advised to watch out for the development of these apps and be proactive in finding ways to cooperate with them for marketing purposes. Being where people who are passionate about fitness gather and socialize, these apps are an important place to target.

However, since each app has its own unique positioning, functions, and user characteristics, brands should be meticulous to select the right platform with the right strategies.

WANT TO START A PROJECT IN THE HEALTH AND FITNESS INDUSTRY IN CHINA?