Qixi Festival (Chinese: 七夕节; literally “The Night of Sevens”) falls on the seventh day of the seventh lunar month on the lunar calendar which is Aug 23 this year; thus its name. It has sometimes been called Chinese or Oriental Valentine’s Day since the late 1990s, which is, strictly speaking, an inaccurate portrait of the festival. 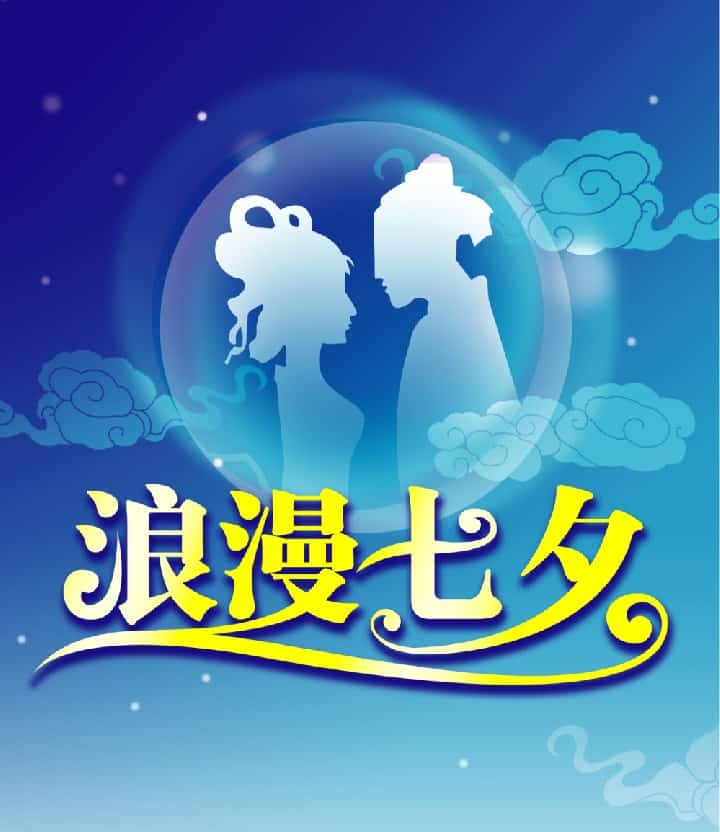 In late summer, the stars Altair and Vega are high in the night sky, and the Chinese tell the following love story, of which there are many variations: A young cowherd, hence Niulang (literally “cowherd”), came across a beautiful girl–Zhinü (literally “weavergirl”), the seventh daughter of the Goddess, who just had escaped from boring heaven to look for fun. Zhinü soon fell in love with Niulang, and they got married without the knowledge of the Goddess. Zhinü proved to be a wonderful wife, and Niulang to be a good husband. They lived happily and had two children.

Fairy tale is fairy tale. On the other hand, love story of real Chinese people is not so romantic.

During Qixi Festival this year, there’s a video becoming popular in China which is called “Chinese style love”. Only on Youku (China Youtube other big video platforms are excluded), it has been watched over 2 million times. An important factor for its wide spread is it holds a mirror up to the reality of Chinese love life.  Following is the video:

In today’s China, money has become one of the most important factors in marriage. In fact, it is the no.1 marriage killer in China. Many couples have chosen to separate for money.

According to the survey, 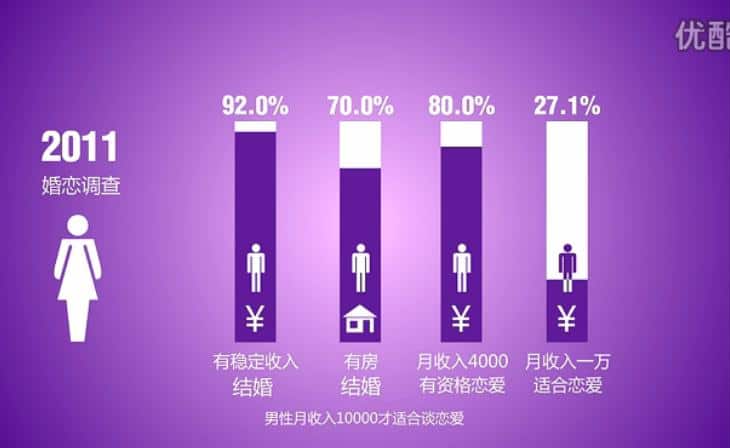 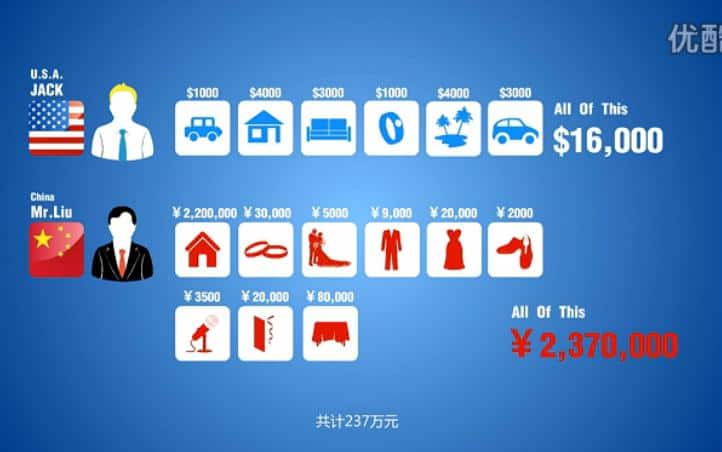 According to the exchange rate today, the expense of Mr. Liu is 23 times than that of Jack.

Parents take an important role in Chinese people’s marriage. Sometimes, it’s even more important than couple themsevles. The heavy financial burden requires most couples to ask help from their parents. 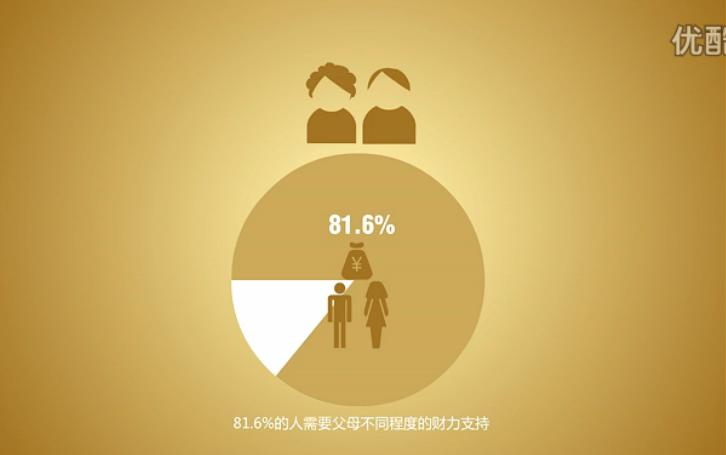 81.6% parents financially support their children in wedding. This influences wedding market greatly. Since parents pay money for wedding, they take the decision according to their taste. That’s why you can see a lot of weddings are so normal and in old style, sometimes even the food is more suitable for middle-age people or senior citizens.

In fact, many parents take decisions since date arrangement! In today’s China, 180 million single men and women seek their life partner via blind date. And 23.8% of them are introduced to their boyfriend or girlfriend by their parents!