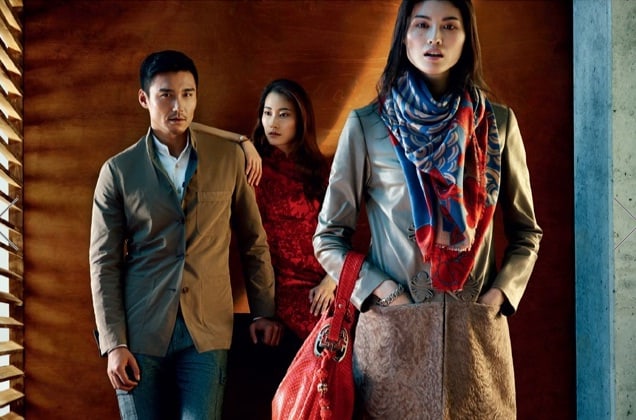 Maybe “made in China” deserves a place in the luxury market

.
Shanghai Tang is an innovative brand that settles to change the image of “Made in China” by establishing itself as a luxury Chinese fashion brand. The positioning of the brand is a luxury, upscale and unique creation with a “Chinese touch.”

2/3 of luxury stores are located in Asia

.
Target cities? We obviously find Shanghai, Beijing, and Hong Kong; however, the brand invests in other cities in China such as Kunming, Xiamen, Chengdu, Shenyang, and Guangzhou. Regarding the latter cities, we find the luxury brand Shanghai Tang in airports and also big malls. What’s important to know here is that these cities are developing quickly and beginning to attract investment from luxury brands. But the future of the market is online! 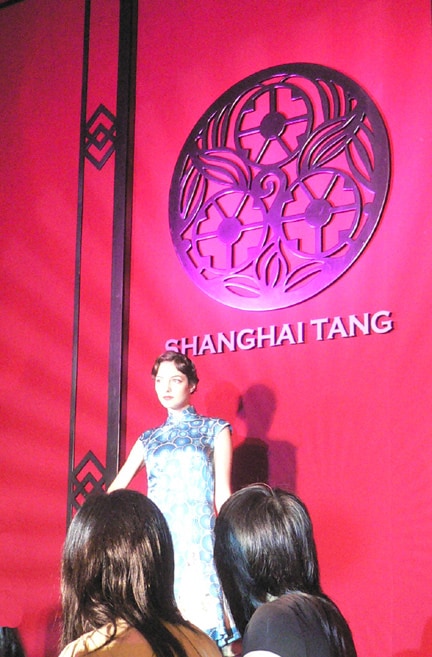 The positioning of Shanghai Tang is “a ready to wear brand luxury, glamorous and Chinese.” Although the brand has been established in Hong Kong (By David Tang in 1994), choosing the name “Shanghai Tang” is a good strategy because the name of the city gives an image of luxury in the minds of Chinese consumers and they can also identify their country, not a French or Italian one. As far as luxury cities are concerned, Paris is for France and Shanghai is for China.

Shanghai Tang’s products use the fashion of the old China with carefully picked fabrics and natural tissues. Silk clothes inspire sensuality, and femininity  Moreover, the colors are also sensual and dynamic. To sum up, China may also highlight its treasures: the lights of Shanghai, Beijing’s history, the luxury of emerging cities…

In 2001, Raphael Le Masne Chermont was named CEO of the brand by luxury group Richemont. The brand was losing at this time. It’s important to note that last year, the growth was 46%. The manager is French, but the rest of the structure is made up 100% Chinese. A beautiful mix that succeeds to lead Shanghai Tang among the largest brands in the luxury market.

Now we are going to analyze the communication of Shanghai Tang and how they have become such a strong brand in the luxury market.

.Communication of Shanghai Tang in China

.Like most luxury brands, Shanghai Tang is a user of events and public events. The goal? To invite journalists and opinion leaders who will be able to talk about the Chinese brand. In September, hundreds of guests were in the luxury Peninsula Hotel in Shanghai for a “fashion party”: the event included dinner,  wine tasting, and a private fashion show of Shanghai Tang. There were a lot of displays of Lamborghini (maybe a partnership) and an exclusive preview of jewelry collections. On the guest lists: so many famous people such as Diana Xu, Miss Universe 2012… The tone of luxury is given. 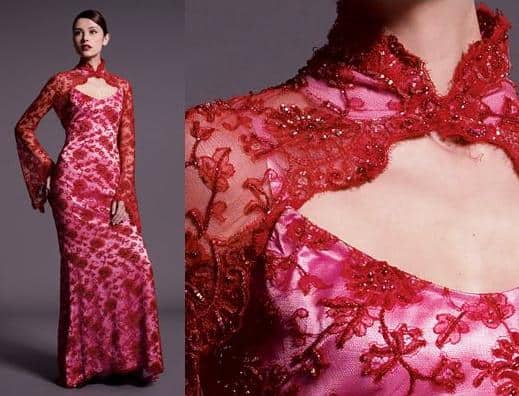 To be known and recognized by the fashion world, Shanghai Tang has decided to use the image of VIPs. Thanks to that, they were able to make themselves known in the world. In the famous “representative” of Shanghai Tang, we find:

These characters like the shiny silk are special, involved in brand communication, and developing its image…
.

This is not all, for the spring/summer of 2012, Shanghai Tang hired two Chinese celebrities to represent the brand as models; Lin Chiling and Hu Bing.

The technique here is to use some celebrities to make the Chinese identify the brand with local effigies. 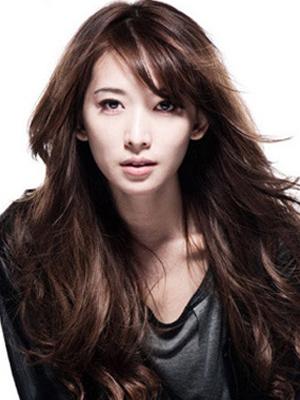 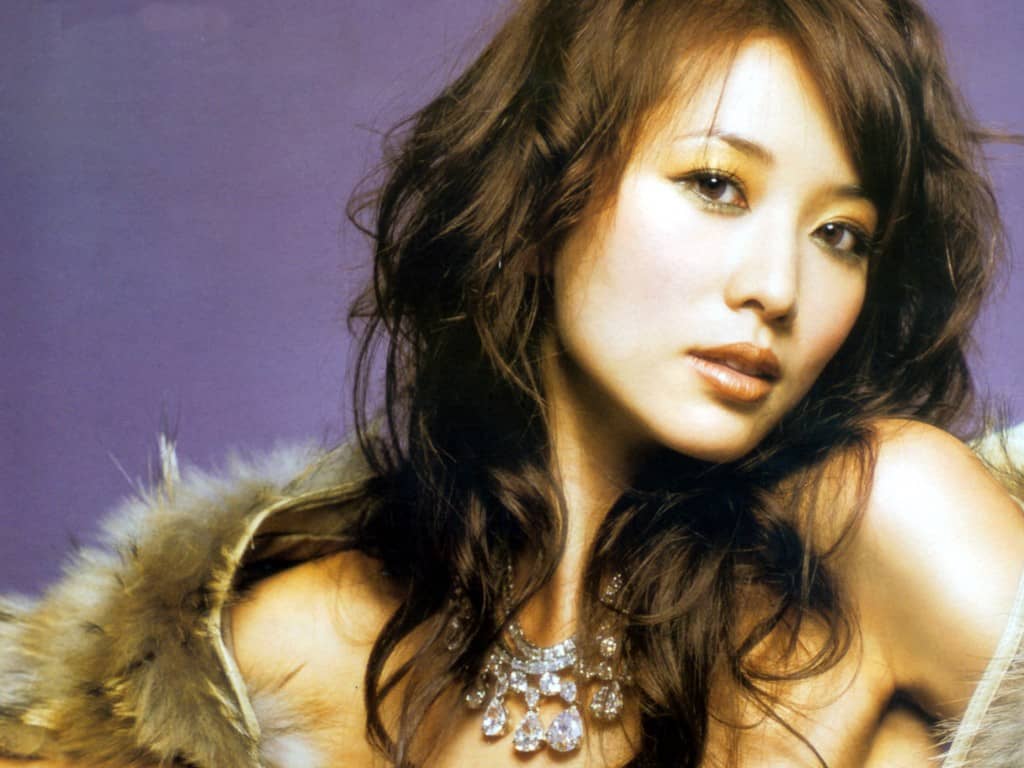 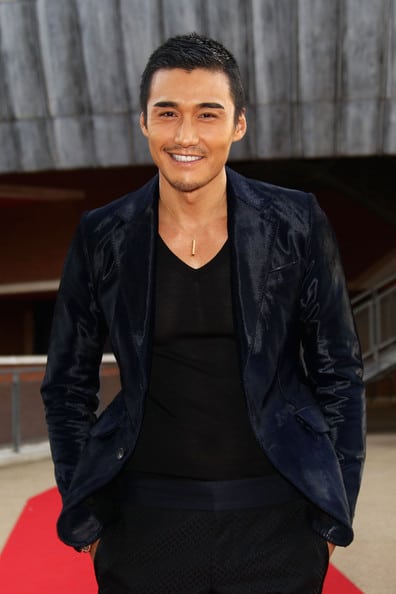 Pinterest is a website combining American concepts of social networking and photo sharing. It allows its users to share their interests, passions, hobbies, and albums through pictures on the Internet.

This website is mainly used by young people. Shanghai Tang brand, positioned in the luxury market, has an account “Pinterest” and leaves pictures of clothes… We can imagine that they are preparing for the future by trying to be present in the minds of the future luxury market’s targets: young people between 20 & 30 years old.

The brand plays with its Chinese identity not only to keep Chinese models, Chinese style, and Chinese fabrics but also with Chinese campaign themes. So for the spring / Summer of 2012, the theme was “The ritual of the Phoenix” by combining the rebirth of the Phoenix with the rebirth of culture in clothing and images inspiring the strength and power of China. You can see in the background beautiful scenery such as Chinese bamboo forests or the Great Wall of China. 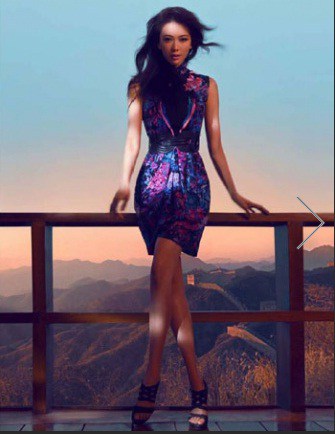 This brand is the first Chinese luxury brand. It tends to become indispensable in the world of luxury and fashion via digital channels. To reach this target, Shanghai Tang uses several tools of communication such as the use of key opinion leaders, advertising, etc… And a well-developed integrated digital strategy: 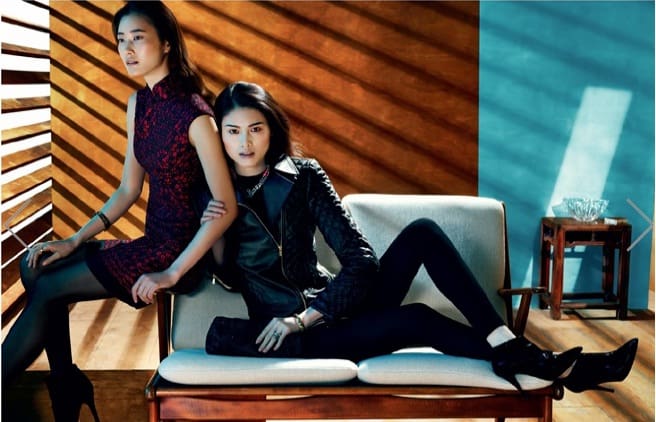 Shanghai Tang succeed in launching a luxury Chinese brand that we have never seen before. The idea of the clothes is to display and be inspired by the traditional Han Chinese clothes, combined with modern fashion and famous sponsors.

However, we still have some questions in this case, because the Chinese image of clothes used to be far away from a symbol of quality and luxury, so the work of Shanghai Tang is the first example of a local brand that aims to enter this very competitive market with an innovative concept. Maybe some other brands will be born to follow this example.

They will probably use the same keys for the success of Shanghai Tang:  a perfect adaptation to Chinese culture with the use of quality fabrics and communication and customers also get a feeling of belonging at the same time.