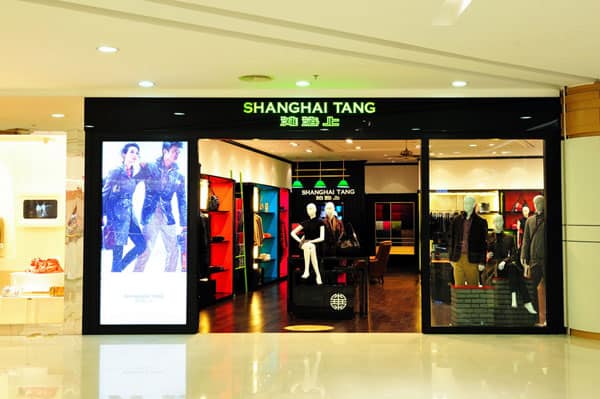 Have you ever heard of Shanghai Tang? If not, you’re missing out—this is the first Chinese luxury brand in China, and it’s stunning.

Created in 1994, it’s the oldest Chinese luxury brand around and owns a unique style that has earned its legions of fans all over the world. From clothing and accessories to home decor, Shanghai Tang offers all you need to tap into China’s snowballing luxury market.

So if you’re looking to make a statement with your style, Shanghai Tang is definitely worth going through.

What if “made in China” had its place in the luxury market?

Two-thirds of Shanghai Tang’s boutiques are in Asia

We obviously find Shanghai, Beijing, and Hong Kong as the main cities for the brand. However, the brand invests in other cities in China such as Kunming, Xiamen, Chengdu, Shenyang and Guangzhou. Regarding the latter cities, we find Shanghai Tang in airports and malls.

The positioning of Shanghai Tang  is “a ready to wear glamorous and Chinese.” Although the brand has been established By David Tang in Hong Kong in 1994, he decided to choose the name “Shanghai Tang”. It is a good strategy as Shanghai is inspiring regarding luxury and fashion in Chinese minds as Paris can be for French people. But be careful as we have the example of Hermès that even with a Chinese name “Shang Xia” failed to impose itself in the luxury market in China.

Management in the French way

In 2001, Raphael Le Masne Chermont was named CEO of the brand by luxury group Richemont when the brand was losing momentum. Despite its French manager the rest of the structure is 100% Chinese. A successful blend that has managed to lead the brand among the largest in the luxury market.

Communication of Shanghai Tang in China

Like many luxury brands, Shanghai Tang often organizes public events in order to invite journalists and key opinion leaders (KOL) to talk about the Chinese brand with some impact. In September, hundreds of guests were in the hotel Péninsula in Shanghai for a private dinner and a fashion show by Shanghai Tang. For this event, influential people were invited including Diana Xu, Miss Universe 2012.

Many celebrities are fans of Shanghai Tang. Among them you can find:

For the spring/summer 2012, collection Shanghai Tang used two Chinese celebrities to represent the brand namely  Lin Chiling and Hu Bing. This allows the Chinese to identify with the brand with local stars.

The brand plays the Chinese card with Chinese models, a Chinese style, Chinese fabrics but also Chinese campaign themes. For instance, the Spring / Summer 2012 collection theme was “The ritual of the Phoenix”. The storytelling was aimed at associating the rebirth of the phoenix with the idea of a rebirth of the Chinese culture in fashion and luxury. The image of a strong and powerful China was provided. In the background of the show, one could see beautiful scenery such as a Chinese bamboo forest or the Great Wall of China.

When it comes to the Winter collection the communication campaign by Shanghai Tang turned around the theme of the “Dragon plateau” with a positioning that inspires spirituality, and humility, with the design of Tibetan Buddhism inspiration.

Shanghai Tang has successfully met the challenge of launching a luxury brand “Made in China” even though many other brands had tried before but without success. It raises many issues for the future of “Made in China” luxury brands. While for Chinese, Chinese brands are still far from being symbols of luxury, Shanghai Tang is the first example of a local brand that succeeded in offering China an innovative brand. In order to compete with the strong image of the “made in France” in luxury, Chinese brands will tend to specialize and offer top-quality products to make their place in their own country. Many Chinese brands will have to follow the example of Shanghai Tang and its key factors of success that is to say a total adaptation to Chinese traditional culture with the use of the best existing raw materials and spiritual communication with marketing 3.0 campaigns in line with the new trend when it comes to luxury and fashion.