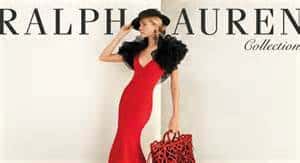 Because of the counterfeits, Ralph Lauren wants now to rehabilitate its image in China and take advantage of the Chinese taste for luxury. (read more about a fake luxury street in China !)

In fact, Mc Kinsey showed that even if China represented only 1% of the luxury spending in 1995, its share was then 27% in 2012, and is expected to be one third in 2015, knowing this market represents 175 billion dollars. Europe suffers also from a crisis, so the brands want to attract more Chinese customers.

In fact, the crisis could make the brand’s sales slowdown, so they have to work on the emerging world’s market to overcome the crisis.

So, as part of the strategy, Ralph Lauren decided this year to open 60 new stores in 15 locations in China by 2015, focusing on Beijing, Shanghai and Hong Kong.

Roger Farah, Ralph Lauren chief executive, said that they would also work on e-commerce. This e-commerce plan is for the whole of Asia, so they would start with Korea, followed by China. In fact, e-commerce is so important in China, that clothes online sales in China just reached 50 billion dollars.

Indeed, some say the brand had especially a problem in China due to their local brand agent who mixed the prices of the three main product lines: Purple Label, Blue Label, and Black Label.

Then Chinese customers became confused, and it damaged the brand image. In fact, it was Dickson Concepts, a Hong Kong based company, who was in charge of the operations in China. There was a lack of direct control. Dickson also worked especially on selling the basic products of the brand, like the polo shirts for men, which were soon copied.

The brand image suffered from this over time.  In 2010 Ralph Lauren bought the license to Dickson back, to take back the control of its sales, hoping to restore the image. So it is now a big challenge for the company, knowing customers have the habit to think it sells bad quality products.

In 2011 the brand also started with closing 95 points of distribution in the country. The new shops will be created in strategic places, like big cities.

Some American brands like Coach and Micheal Kors were able to adapt to the changing Chinese society with the digital world and attract young customers. It will be a lot of work to understand this new society, and the competition will be rude.

But because Chinese customers represent 15% and 30% of the luxury market in the US and in Europe, Ralph Lauren wants also to enhance its image and have an aggressive strategy inside and outside China. (read this article about this subject)

One other part of the brand’s strategy is the pyramid of brands: going from an entry point to the most expensive product line. In fact, Ralph Lauren owns several lines of products: the children’s lines, the Collection, Blue Label, Denim and Supply, Purple Label and Polo.

The customer starts with buying the basic product and, liking it, he will want to have better products of the brand.

The brand has a lot of work to do, it will not be easy, but it started on the right foot and is very optimistic.