How to promote your Video Game in China 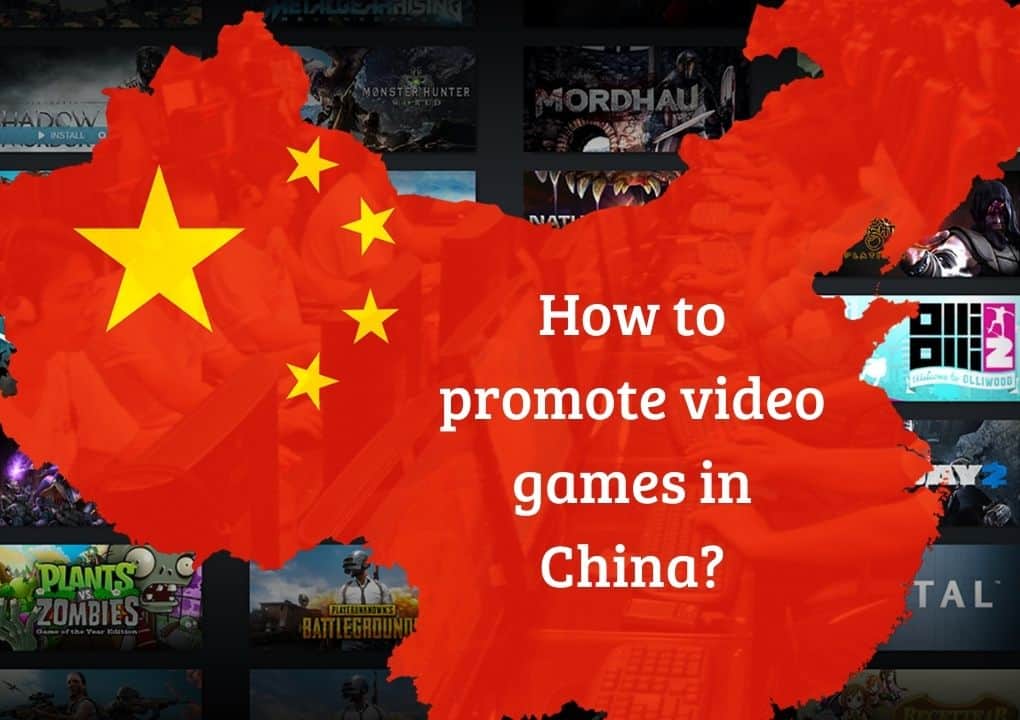 With a market worth more than $40.85 million dollars as of 2020 and with 665 million players, China is the leader in the video game industry as well as the most lucrative market in the world. Thus, hundreds of companies are trying to enter this promising industry. However, promoting video games in China requires a slightly different approach than in other parts of the world. As you probably already know, China has its own social media, websites, sales channels, networks, etc that makes it more challenging for foreign companies. Nevertheless, China is not an impenetrable market, as many companies have succeeded in China, benefitting from a wide and enthusiastic audience. So, if you want to expand your activities in China and promote your video games in the most populous country in the world, you might be interested by our tips and advice.

Short introduction to the gaming industry in China

With the world’s largest gaming population, China is the leader in the video game industry, just before the U.S.

As of 2020, there were already almost 665 million gamers in China, and this number grew even more following the Covid-19 pandemic. Indeed, while staying indoors, people had more time to play than before and Chinese consumers were inclined to purchase video games in order to play online with their friends.

Many foreign companies have already seized the opportunity to enter the Chinese market, such as Ubisoft, Nintendo, Sony, Gameloft, etc. However, even small startups are trying to be part of the competition. For this tech-savvy population, video games are extremely popular among the younger generation such as the millennials and Gen Z. However, even if game consoles are pretty common in China now, mobile games are still leading the gaming industry.

Thanks to China’s digitalization, the wide majority of the population has a smartphone on which they can download and play games on their way to school or work for example. Thus, mobile games have driven the acceleration of revenue in the Chinese gaming industry. It is estimated that 73% of the gaming market is coming from mobile games. This phenomenon can be explained by the fact that everyone can have access to mobile games instead of buying a console. Even gaming companies had to adapt their strategy in order to keep and attract new players, by releasing mobile games based on PC and consoles’ games.

On the other hand, the mobile game industry also created many opportunities for companies that were not even specialized in video games. For example, HTML5 games were released on apps like WeChat, Douyin, and Alipay.

What are the trends in terms of mobile games in China?

If we look at the revenue distribution of mobile games, the top 5 most popular mobile game genres in China as of 2020 are RPG, Shooting, MOBA, Turn-Based RPG, and Strategy.

The importance of e-reputation in the gaming industry

As in any sector in China, if you want to do business and attract new consumers, you will need to have a strong reputation online. As China is entirely based on digital tools, you will need to pay attention to your e-reputation. For example, you have to be active on Chinese social media such as WeChat and Weibo. Creativity and communication will be your key to success.

It is also important to know that word-of-mouth is the most important way to attract a wide audience. You can also be active on gaming forums in order to engage the conversation with your community.

How to increase your online presence?

If you want to increase your visibility, you can use PR (Press relations) or publish articles in gaming magazines. However, it can be quite expensive if you create your own magazine. The best way to promote your company using this method would be to create an H5 brochure on WeChat for example or create your own website.

Be careful, if you want to create your website, don’t forget to write it in Mandarin Chinese in order to attract a wide audience and to be ranked on Baidu. In fact, 75% of internet research is carried through search engines such as Baidu, the most popular one.

Social media: A way to increase your brand’s awareness

If you want to conquer the Chinese market, having Chinese social media is considered as mandatory as Chinese netizens interact with brands through social media. Therefore, having a strong presence on social networks and being able to do storytelling about your brand is the key to increase your brand’s awareness

WeChat is the most popular app in China and is used by the majority of the population. Over the years, the messaging app has introduced several innovative and advanced features for companies to promote their brand through the app.

Thus, you will be able to:

Weibo is perfect to increase your visibility as well as to promote your brand to potential players. Moreover, you will be able to create and share content easily with millions of netizens.

Bilibili provides a live streaming service on which the audience can interact with streamers. The topics are mainly anime, content creation, game strategy, and so on. In addition to videos, Bilibili also offers games, mainly ACG-themed mobile games, such as the Chinese version of Fate / Grand Order. This platform allows brands to promote video games and create positive word-of-mouth.

KOLs: An effective way to increase your sales

If you want to promote your video games as well as to increase your sales, you have to know that KOLs (Key Opinion Leaders) are extremely popular in China. They can be compared to Western influencers, however, their purpose is to encourage people to buy your products by promoting your brand on social media such as WeChat, Weibo, Xiaohongshu, Douyin, or during live streaming.

For example, you can send your video game to a KOL specialized in gaming, in order for him to review the game, make a series of let’s play, play with other gamers during live streaming, and then share his opinion with its followers. By doing this, you’ll be able to create a community around your video game as well as attract new players.

As a digital marketing agency with almost 10 years of experience, we have collaborated with many KOLs, so if you are interested, do not hesitate to contact us.

Mobile banners are extremely popular in China and are not as pejorative as in Western countries. The Chinese population is in fact accustomed to this kind of advertising and they can even be influenced by the ads they see. If you want to advertise your games, you can easily promote your games on these banner ads. It will increase your traffic every time someone will click on it. In order to stand out amongst your competitors, you will have to create quality banners with various interactions to attract users.

Be creative and adapt to the Chinese market

The video game industry is one of the most competitive and toughest ones in China. Thus, in order to stand out, you will have to be creative and adapt to Chinese consumers’ tastes. For example, when people are taking the train they will have time to play video games, so you can advertise and promote your game in strategic locations such as trains.

For example, the Chinese gaming company Duoyi has collaborated with China High-Speed rail in order to promote the 10th anniversary of its popular video game franchise Shenwu (神武) both outside of the trains with some stickers and inside with tablets on the seats.

With almost 10 years of expertise, we have successfully helped many companies, from international brands to startups, to enter the Chinese market. We have specialists that will be able to answer all of your questions about Chinese social media, search engines, apps, habits, trends, etc. So, if you want to export and promote your video games in China, do not hesitate to contact us in order to explain your projects so that we can help you.

You should also read our complete guide – China: The Video Game Industry Capital of the World