The promising market of sex and sex toys in China 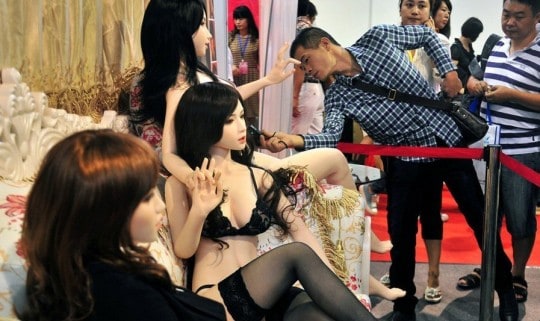 The promising market of sex and sex toys in China

The market of sex and sex toys is developing fast all around the world. China is one of the countries where this market is exploding.

The sexual revolution in China

Times had changed: back then, under Mao, sex was a taboo subject, Chinese people couldn’t talk about sex. Three decades after China began shedding its prudish Mao-era mores, sex is now a big business there.

Despite the evolving mores of society, the Communist Party still bans and punishes pornography and  other sexual exhibition in the name of protecting traditional Chinese values, and it is still taboo to discuss sex publicly in the country. Sex industry is trying to accelerate the contrary tendency. 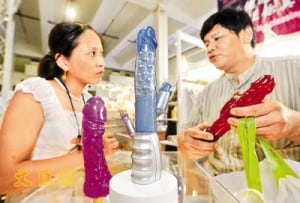 The explosion of sex toys sales in China

The global sex toys market is estimated at 15 billion dollars every year. China  is already a major player on the sex toys market: the country is the world’s leading sex toys exporter, producing more than 70% of sex toys available all around the world, with more than 1.000 companies, generating approximately 2 billion dollars per year. After a export-oriented industry, China now  focus on import and sex toys production for its own domestic market, to meet the increasing Chinese people’s demand.

Today, sex toys market represents more than 2 billion dollars in China. Sex toys manufacturers redouble their efforts,  imagination and creativity in order to benefit from this trend and attract customers.

Last year, more than 50.000 dolls were sold in China, Turkey, South Korea and Japan, whose 85% of production sold in China. The Chinese company Ningbo Yamei, specialised in sex toys production for 3 years, saw its turnover explode within one year. Thus, the company has developed a range of 13 different  inflatable dolls. 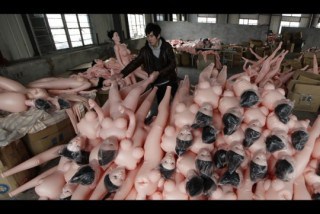 Sex toys’ sales on the Internet are also very successful in China. Thus, it is important for Chinese sex toys brands to offer their products for sale on the Internet. 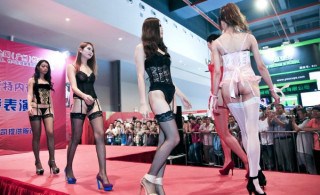 The 11th annual exposition in the capital of Guangdong in southern China took place last year, with an official theme of “healthy sex, happy families”. The festival was a three-day mating ritual between capitalism and hedonism, all diligently observed by  the Chinese government.

The overwhelming presence of men at the festival mirrored a demographic imbalance in China, where decades of the one-child rule and a cultural preference for sons combined with illegal sex-selective abortions have distorted the country’s gender ratio. In Guangdong Province, home to a migrant worker population of 30 million — China’s largest — the scarcity of women leaves bachelors with limited options and arouses Chinese men’s desire. This desire has helped spawn a booming domestic sex toy industry.

To attract potential customers, companies redoubled efforts and creativity at this festival, setting up and organising diverse activities and exhibitions,  such as pole dancing shows.

Across the country, pink-lit “hair salons” staffed by provocatively garbed women compete with massage parlors and late-night paid companions who slip their business cards under hotel room doors. Those looking to enhance their encounters can shop at countless “adult health product” stores and on the Internet.