The digital strategy of L’Oreal in China 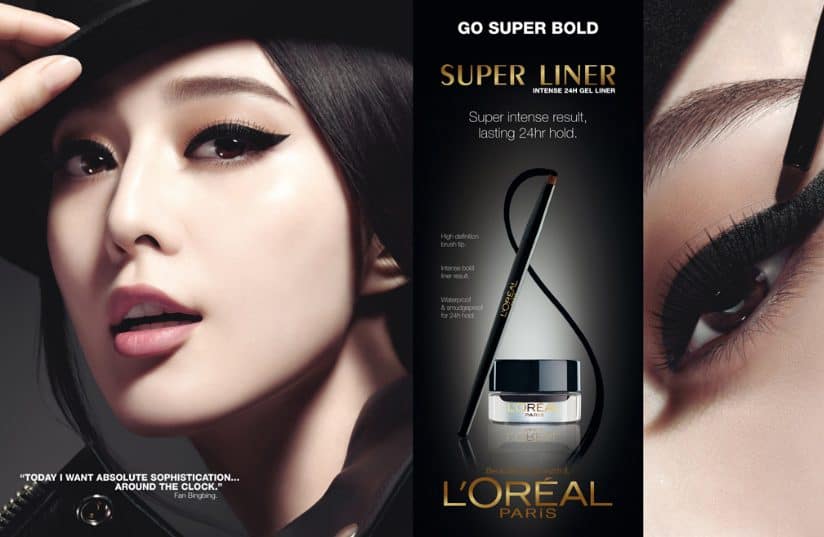 欧莱雅 (ou lai ya) also known as l’Oreal as taken a great grasp of how the Chinese market works and how important the web and digital are in this market. In this article, I will provide you with the key elements of L’Oreal digital strategy in China. 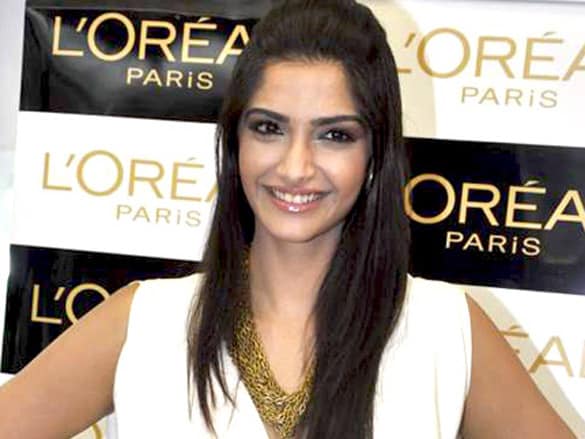 L’Oreal, one of the biggest makeup brands in the world have seen tremendous expansion throughout these last few years. According to L’Oreal’s official financial statement, the brand sold over 25.26 billion euros of product value and generated 4.388 of profit revenue in 2015 worldwide. As for online L’Oreal sales, they increased by 40% from  2014 to 2015 reaching over 1 billion euros of revenue and accounting for 5% of the total turnover of the group.

China is the second biggest market in terms of sales for L’Oreal after the USA and even before France its home country. Despite the current Chinese economic slump down, L’Oreal enjoyed a slight increase of 3.5% in sales from 2014 to 2015. Among all international beauty and makeup brands,  L’Oreal Paris was the first one to open a store on Tmall.  As for the mass-market Maybelline was first as well as the following brands: Magic in the skincare mask segment market and Men’s expert among. men cosmetics brands.

With over 700 million internet users in China, people are very tech-savvy and heavy users of the internet. According to the last data, about 90% of Chinese netizens use their mobile phone to access the internet. Needless to say, expanding on the Chinese market requires a thorough digital marketing strategy.

Marc Menesguen, the president in charge of L’Oreal’s consumer products divisions shared during a 2014 earnings call that over 10% of the brand’s sales come from e-commerce in the Chinese market. Also, sales online doubled year-over-year between 2013 and 2014. As for the active cosmetics division, about 70% of the products sales were made online in 2014.   In addition, according to China Internet Watch, in 2015, 56% of luxury e-commerce buyers purchased cosmetic products, and obviously women are the highest spenders in this category.  Another thing you should know is that 8 out of 10 Chinese consumers are online shoppers! 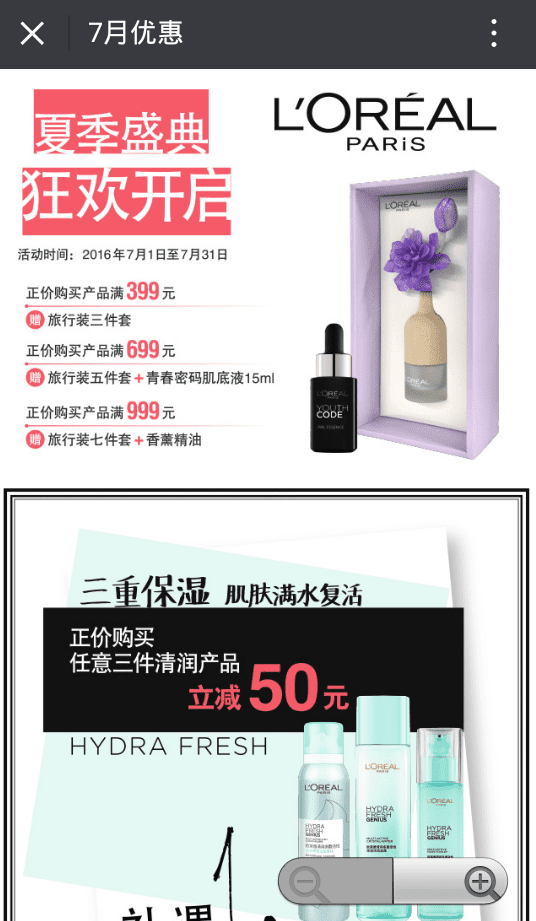 Like I told you earlier, most Chinese netizens use mobile phones to either search for information, buy products or even getting food delivered.

As a matter of fact, over 80% of Baidu’s searches are done on mobile. The same goes for online shopping in China with about 9 out of 10 consumers using their mobile phone to buy online.

After opening their own Tmall shop in 2010, L’Oreal took a step further and created a specific brand for the Chinese market called “Magic” and a unique innovative app called Makeup Genius. This mobile app was specifically designed by Loreal to enable any women to try on some makeup products virtually. The lady just has to hold on the phone like a mirror and wait for the “magic” to happen. 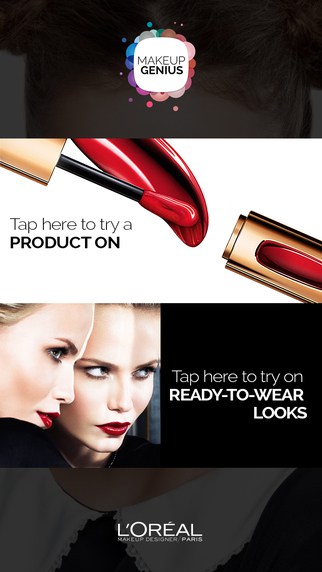 Makeup Genius launched in 2014 is very successful. As of 2015, more than 14 million downloaded the app worldwide among which 4.7 million were from the Chinese market! Several factors from the number of Chinese netizens as well as an easy way to try on heavy makeup which is not a common thing to do in China. As Asmita Dubey, in charge of the Chinese marketing strategy at L’Oreal stated:  “Girls in China can be shy to apply makeup if they are at the counter or if they are going out with friends — they don’t want to put on very dark lipstick, very dark eye shadow,”

Use of social media and KOL’s 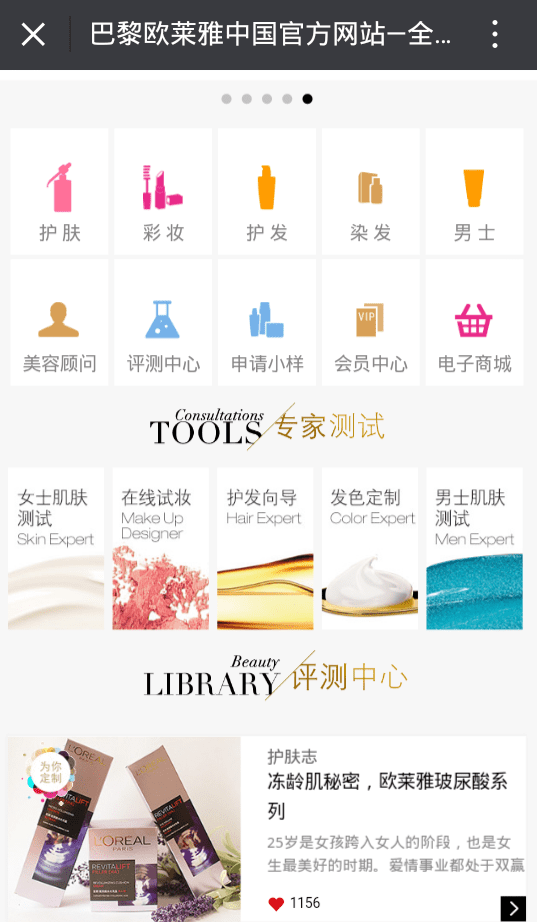 Having an app extended the brand awareness by making cosmetics more accessible to young women interested in makeup. However, the strategy would not be complete without some social media. The two main Chinese social media platforms ( at least today) are WeChat, an instant messaging mobile app and Weibo, a micro-blogging platform similar to Twitter. WeChat has over 600 million monthly active users in China while Weibo enjoys about 222 million active users.

The Makeup Genius possess a feature which enables the user to directly purchase online and to share on WeChat with their friend their make-over.

In order to attract even more consumers, several videos were posted on both WeChat and Weibo to present to different L’Oreal brands. 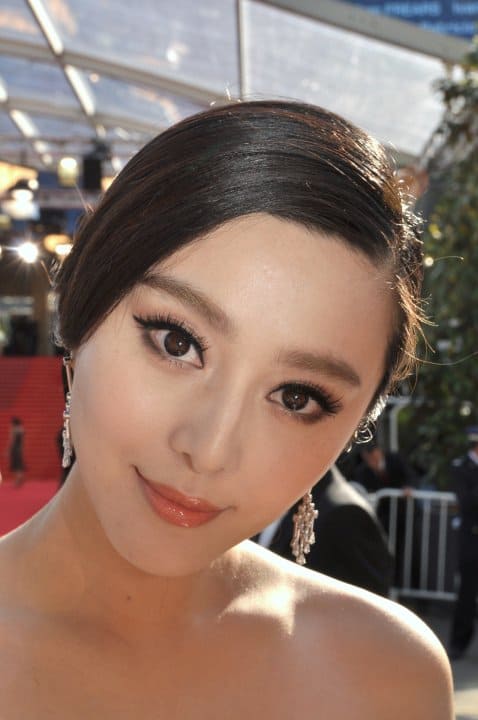 In 2015, L’Oreal launched a video online campaign on WeChat during France’s annual Cannes Film festival. The group used a picture of their beautiful brand ambassador Fan Bing Bing, a famous Chinese actress and singer, to attract WeChat users to click on the image to watch a video asking for the viewers to join her ( a bit like Snapchat stories) in her journey at the Cannes Film Festival. This campaign helped L’Oreal to gain more followers and even bought online.

As for the men cosmetics products of L’Oreal, the company created a specific avatar for their brand ambassador Jing Boran and inserted it into Cool Run Everyday, a very famous online video game on WeChat. Afterward, players could receive some coupons to buy L’Oreal products.

It is really interesting to see a brand finally settled on its site, quality information for users: beauty tips.

This is beneficial for SEO … but mostly it gives a reason to the curious girls to go on the site for beauty tips. Most of the official websites of brands do not have so many visitors because of a lack of interesting content.

and here… L’Oreal change it! http://www.lorealparis.com.cn/ 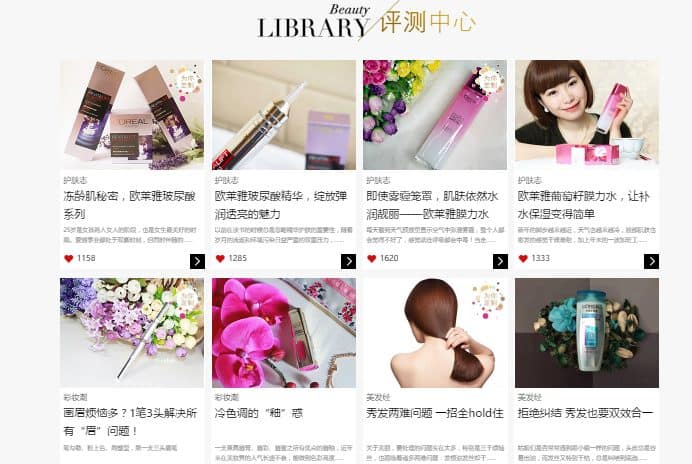 For the Landing Page … (or product page) They use the same template as tmall .

Clever strategy, give maximum of information to the user on their website and give opportunities to people to buy with the same introduction as Taobao/tmall. And you save your effort in the same time. 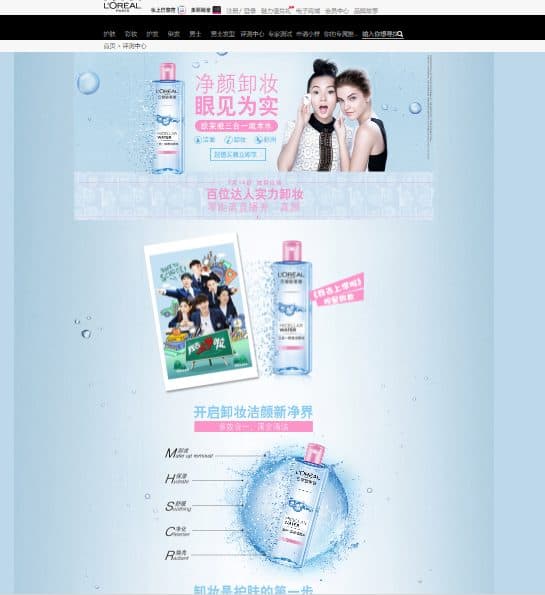 E-reputation and word of mouth

One of the most traditional cultural traits in China or should I say aspects of the Chinese culture is the principle of “Guan Xi”. Guan Xi means “connection” but is a bit different from our western concept of social network. It encompasses long-term reciprocal relationship and a wide network made of relatives, friends and co-workers. Knowing this, you must also know that Chinese people heavily rely on reviews, comments and general advice coming from others either they are coming from family members or the internet. That is the reason why word-of-mouth is big in China.

L’Oreal understood it well and opened for their Lancome brand, a website called Rose Beauty, which enables visitors to read product reviews coming from users. It also has several other features like : makeup tutorials, product information and even provides some samples for those who want to post a review.  For Amista Dubey, “It becomes your product review platform, your community platform, your beauty platform.” 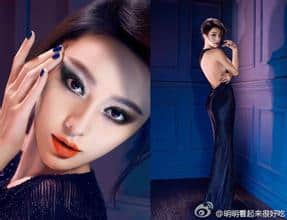 As you can see from L’Oreal well-though out digital marketing plan, o2o (online-to-offline) is important in China and should include several traits: social media, e-reputation, KOL’s (key opinion leaders) or influencers and a diversity of content to keep the visitors/fans engaged.

Other articles about cosmetics in China

Chinese users behaviours on WeChat (Report): The 2016 report by Tencent Pinguin Research was published to mak…