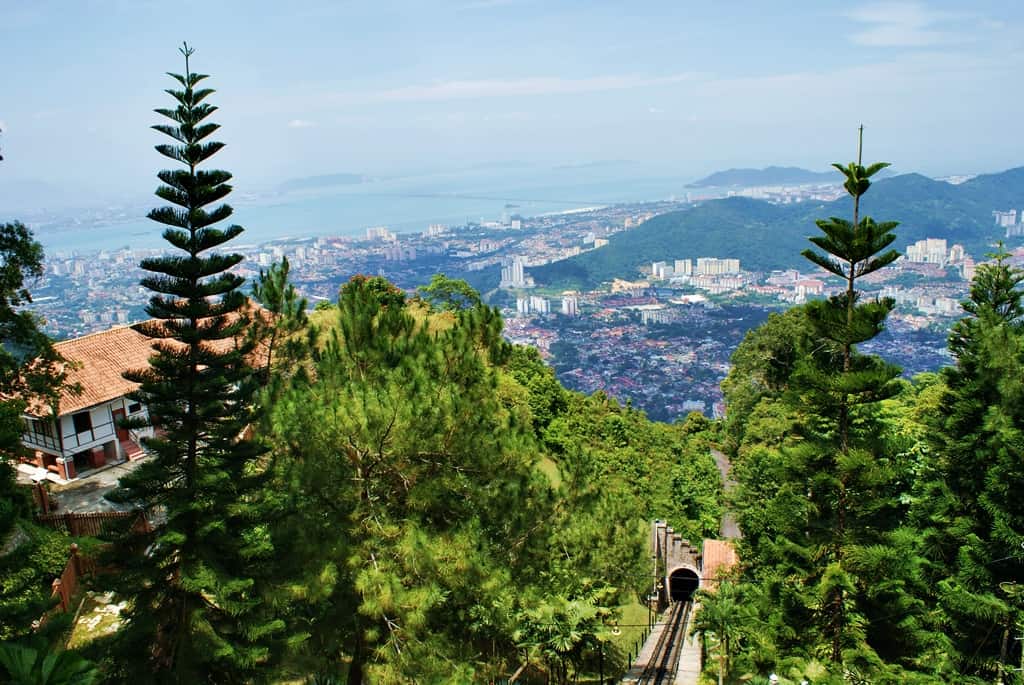 China has the biggest outbound tourism market in the world. In fact, more than 120 million Chinese tourists went overseas last year in 2015. Chinese tourists enjoy purchasing and spending when travelling.

In March 2014, the Malaysian Airline plane, MH370, went missing when it flew over the Australian sea. 239 were on-board and more than half were Chinese. In fact, there were 153 Chinese visitors in the plane.

Several major Chinese OTA’s such as Elong and Qunar, even decided to suspend Malaysia plane ticket sales for a while. Ctrip, owning as of today about half of the OTA’s market, kept selling plane tickets to Malaysia but advised their customers to not travel there. This tragedy also caused a decrease of 30% of bookings to Malaysia about a month later and several Chinese airlines like China Eastern and Xiamen Airlines decided to decrease the amount of daily flights the following month.

According to Brand Watch, many occidental social media covered the issue with over 800,000 tweets talking about the crash only a few hours after it all started. In China, He Jiong, a key opinion leader in China – TV Host, shared on a Weibo the following message: « Let’s pray for the miracle to happen. ». A few hours later the post was shared more than 46,000 times according to The Times. 100 days later, a hashtag #MalaysiaAirlines LostContact100Day rapidly spread on Weibo, one of the main social media in China which is very similar to Twitter (micro-blogging platform).

The Malaysian Tourism organisation was thus deeply in need of recovery from this destroyed e-reputation. Since March 2016, Chinese citizens are allowed to travel to Malaysia for 15 days without any visa. They also have the opportunity to easily get their visa on the Internet thanks to the launch of the e-visa. This will allow Chinese travellers to get a 30-day visa and even for some a 90-day visa. 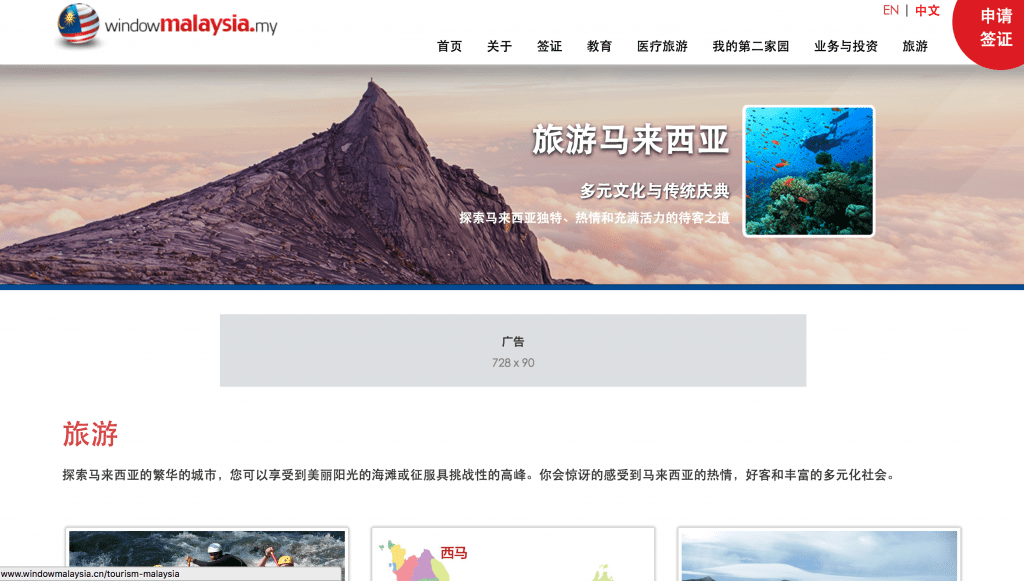 Chinese tourists just have to go on C to ask for a visa. Window Malaysia is a website available in Mandarin Chinese which shows several information about Malaysia and what are the main tourist attractions. However several people on WeChat were complaining about the fact that you had to present your passport in order to get this visa, which totally disnature the main purpose of it being asked online. 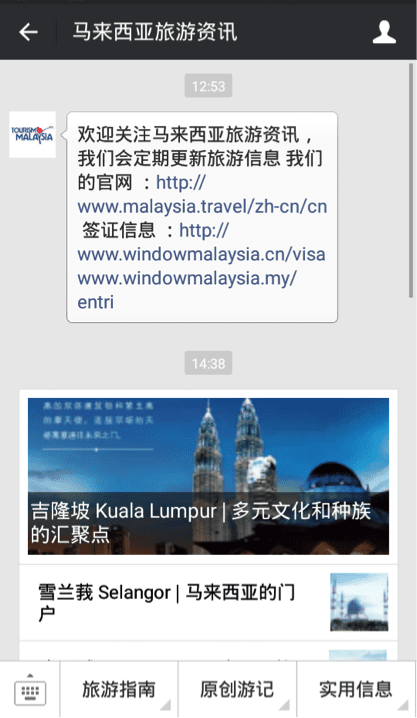 The Malaysian Tourism organisation also has its own official WeChat page where they share information about Malaysian tourist locations. Actually, it received “the Best Stand Award and Excellent Organization Award” at the China International Travel Mart (CITM) which took place in 2015 in Yunnan. They innovated to attract Chinese tourists by sharing their QR code and offering those who added the official page special gifts. 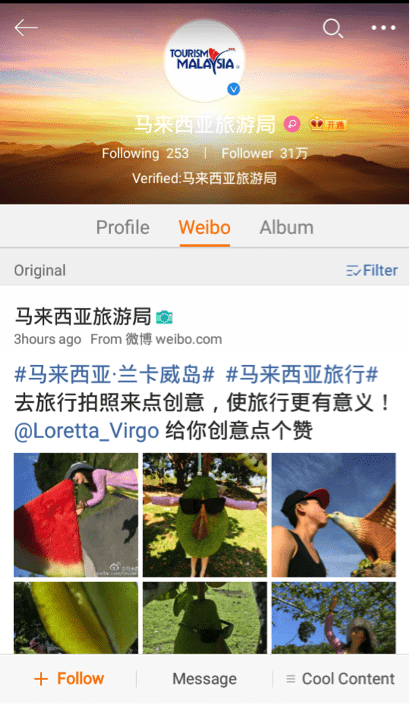 Apart from WeChat, they also have a verified account on WeiBo, another major social media in China with more than 220 million active users per month. Malaysia Tourism has more than 31 thousands followers.

10 opportunities in the tourism market in China

If you are looking for a Tourism Digital Marketing specialist, don’t hesitate to contact us!