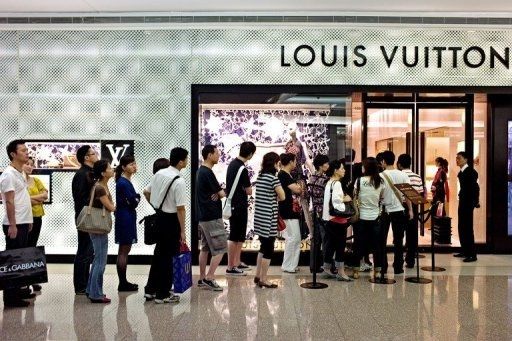 Case Study: Analysis of the success of the brand Louis Vuitton in China.

Louis Vuitton (LV) is the leading brand in luxury for the Chinese. Why and how the LMVH Group has succeeded in China with such a strong brand in the luxury field.

Louis Vuitton founded his company in 1854 in Paris. Few Chinese know that the starting business of Louis Vuitton was “The Luggage”  for travellers. After an innovation: the trunk, LV has the advantage of being flat and is able to stack some of the means of transport and to be sealed with a cotton cloth varnished.

The luggage was quickly copied that drives the firm to innovate in terms of design to achieve a unique product.
They invented the famous checkered canvas (1888) and Monogram (1896 by Georges Vuitton).

Nowadays, these are still the best-sellers of the Brand.

A century and a half later, the legend continues, coupled with an international reputation in the image of the Monogram canvas that since 1896 known unparalleled success and is one of the cornerstones of modern luxury.

A high penetration in Asia.

But Japan remains the number one customer of the brand, followed by the United States (47 stores in Japan and 96 in North America against 16 in France).
There are 3 major reasons for explaining the success of Vuitton in Japan: 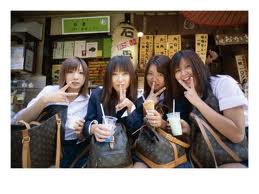 A growing company and internationally oriented

Also, Louis Vuitton has opened 35 stores in China in 2010. Therefore their sales’ network covers most major cities in China.

The Chinese like “Brand Leader”. Louis Vuitton is also won by the most profitable world’s number one luxury group LVMH (resulting from the alliance between Louis Vuitton and Moet-Hennessy in 1987), it contributes 60% to operational results.

The flagship product: the bag 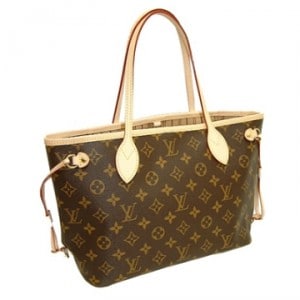 Chinese appreciate an item that will never be out of fashion. The company wants to be always at the top of the innovation, but in reality, these bags and watches have not changed so much!

Unlike its competitors (Dior, Prada…), which launch every year a new collection.

The Chinese upper class is able to bleed to afford a unique bag in their life, so no question of the change before 5 years.

The bags still represent 95% of the business but this is expected to decline during the coming years.

Control the distribution is the Key to warranty the authenticity of your Brand product. The Chinese want to be reassured when they buy an expensive and luxury product, that’s why LV has launched his own retails everywhere in China. Most of them will be able to buy only ONE Louis Vuitton in their life.

The Communication by Vuitton 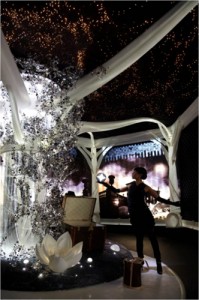 Marketing is the core business of LVMH. The brand is quite discreet but present everywhere its target audience. In the Airport, clothing to the Shopping centre, and on the Internet (LV was the main topics of discussion in the Chinese SNS Renren and Kaixin for 2010 in China)

The brand represents the discovery, refinement, French elegance and creativity.

Louis Vuitton does not use media such as radio and television, media is surely popular too. The company does not use either public display, except in places fréquetés airports by Claisse Chinese easy. Vuitton is very active in women’s magazines and in the Offline media, such as organizing and sponsoring events.

Vuitton was the sensation at the Shanghai Expo in the French Pavillon
Creating a digital world, visitors had admired the wonderful world of Vuitton and was the star of the Pavillon.
Advertisements published in its journals always have a particular theme (urban, fables, seven deadly sins) 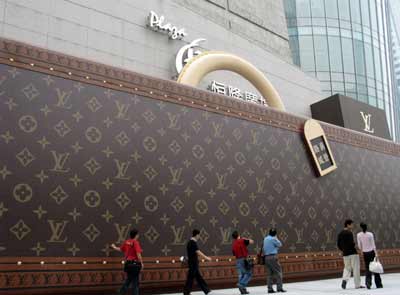 The French marketers using Staring Strategy, and do not hesitate to ask famous personalities to represent the company.
The LV parades are a way to make themselves known. The target is not only the public who watch the parade (a few hundred people) but people who hear about it in the press and other media.

LV communicates everywhere is the world about the “Made in France” and their know-how in luxury, it is an argument that the core audience appreciates in China. Their main customers of Louis Vuitton stores in Paris are Chinese Tourist. France is a shopping place for Chinese tourists and every year thousands of Chinese invade Louis Vuitton’shops in Pairs.

In Paris, the first attraction for Chinese tourists is Shopping and especially Luxury shops like the Vuitton Shop in Champs Elysée. They are already the best buyer of items of the brand. They like buying in France because they have the guarantee that the bag is a “real” Louis Vuitton from France.
In any shop of LV in France, you will find 2 saleswomen speaking perfect Mandarin to communicate with these customers. 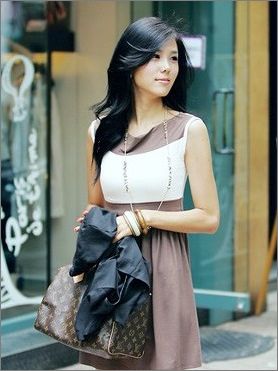 Louis Vuitton is positioned at the top “Upscale” by its price and it appeals to wealthy Chinese who are interested in purchasing this bag to identify themselves to the richest people in this world.

Be part of the elite, the need for recognition is already described by Maslow, and Louis Vuitton has exploited this need in the target Asian women.

The price of a bag starts from € 1000 and is therefore reserved for an elite class. The face is very important in China, and the image one vehicle is critical in society to be respected

A Louis Vuitton bag is a perfect gift for a man to his mistress. In China, a very peculiar phenomenon is the phenomenon of “ernai” (second wife or the mistress).

Rich Chinese men like to collect mistresses and offer to these young beautiful girls expensive gifts. Luxury cars, jewellery and Louis Vuitton bags. These beauties alone create a large part of the demand for luxury in China. And to his mistresses, rich businessmen and government official renounce to any sacrifice to offer the top fashion item: a Louis Vuitton bag.

Why LV is so popular in China, because it is the reference, victim of the mass luxury Market, the trends in China since 5years is to have a Louis Vuitton bag. That might change but this accessory is still fashionable in Asia and continue to be the Reference in China. It is for me the main reason for this surprising success.

The Chinese will not recognize that the LV bag is the most aesthetic or is it better quality than competitors, but it is the best because it is LV (Louis Vuitton)

The LV Magie: LV bag is the top of the must, everybody knows everybody says but nobody can really explain why!

=>Vuitton has realized the Best Marketing Success In China.