Kiehl’s : its misleading discretion in the cosmetics market in China 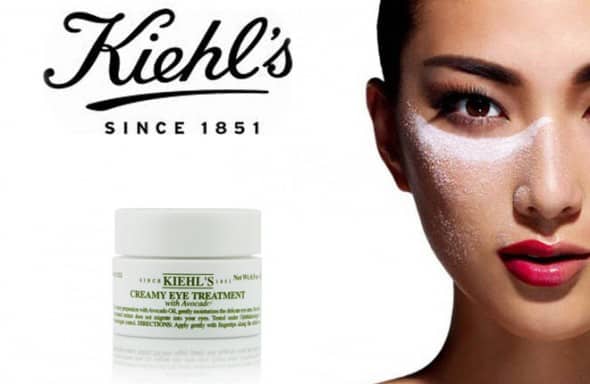 Kiehl’s has been created in 1851 in New York by the Kiehl family. At first, this brand was actually a simple pharmacy proposing homemade products. Then, rapidly, it became a real brand.

In 2000, L’Oréal group decided to repurchase shares in order to make it one of its ally companies.

The most used search engines worldwide are Google, hence in China, it is censored. That is why Chinese users are doing their researches on the Chinese Google, Baidu. I had to check the Clinique’s reputation on Baidu.

On Baidu by typing the keyword « Kiehl’s, » the three-first results are :

We can notice a predominance of Chinese versions of websites. Kiehl’s possesses thus a quite good reputation in China. Moreover, it does not happen a lot but the brand’s American website appears as the third choice on Baidu.

Its marketing strategy on social networks

The brand does a better scoring on Chinese social networks than on the American one.

On WeChat, the number of subscribers to the page is impossible to know, however, the number of posts is. Thus, this one posts at least 1 article/post per week. This figure is fine. It’s even better than other bigger foreign brands such as M•A•C which only posted 2 within 2 years of subscription.

Thus, the marketing communication of Keihl’s on the Chinese social networks is of good quality. It attracts various Chinese consumers.

I also check the brand results on Youku (the Chinese YouTube). Hence, I noticed that there was none Kiehl’s official channel. This is not a good strategy since Chinese consumers love streaming videos because it is faster to get information from them.

In China, the cosmetics market trends are really high. To compare with the makeup ones which are really basic. Chinese women mostly use several products such as :

The products proposed in the West are less numerous, we are their opposite, Chinese people use basic makeup products while we prefer using basic dermo-cosmetics products.

When you’re looking for the brand Kiehl’s on the two Chinese E-commerce leaders, JD.com and Tmall, just like on its own online shopping website, products that we can find remain the brand’s basic products although they are all various :

However, the brand did not adapt to Chinese consumers’ expectations, exit the whitening effect, the brand wants to keep its home-made reputation by proposing products with still an additional action that Chinese consumers are expecting a lot such as unclog pores, UV protection…

Just like I just said, Kiehl’s product is sold online but also at stores. Thus, online, Chinese consumers can buy on the brand online shopping website, nevertheless, they are not used to doing so, they prefer to order on Chinese websites such as the 2 main Chinese online retailers JD.com and Tmall.

Regarding physical stores, Kiehl’s only owns 17 stores in China and 5 of them are situated in Shanghai. Its retailing process is thus limited for good exportation in China.

Regarding market shares of the brand, it is impossible to know the figures only about Chine. The brand still owns worldwide sales results reaching millions of dollars. Plus, since the brand belongs now at 51% to the French group L’Oréal, it is this last one’s market share that comes first. Indeed, L’Oréal is by itself a really popular brand in China.

Kiehl’s has a long story behind it. It has been created in the 19th century. Even L’Oréal ta repurchased 51% of the company has been created later. In China, Kiehl’s is not really well-known either it is about its physical stores or online. Yet, it is popular. When it was created, the brand was only a pharmacy offering homemade beauty products. Today, the brand wants to keep this image/reputation by retailing uniform cosmetics products in China. Moreover, its packaging is remaining simple with a really home-made and very simple style. Its exportation in China stays thus to look after.

To know more about marketing in China, click here.