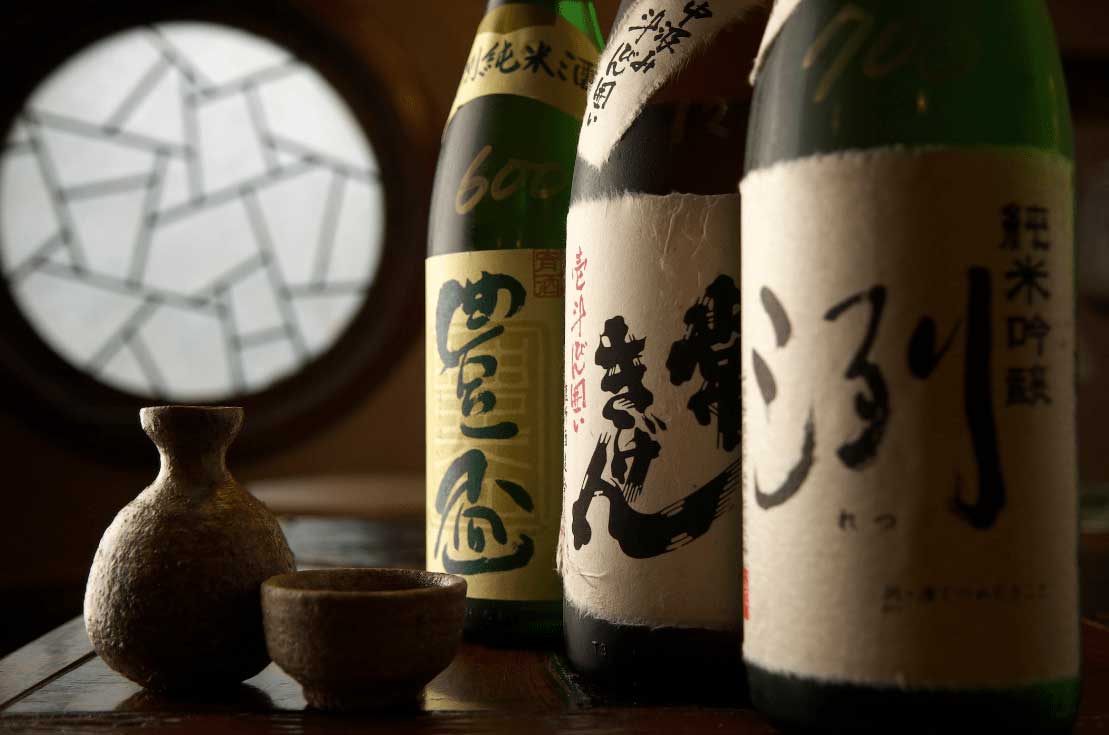 The booming Chinese liquor market is huge with many different types of alcohol. However, one type that has been largely overlooked and yet holds a lot of potentials is Japanese (Premium) sake. In this blog post, we will discuss why you should consider selling your products in China and how to do so successfully!

Sake exports reached a record high for the tenth consecutive year on a value basis in 2019, amounting to ￥23.4 billion, the global Chinese market is anticipated to witness a growth of between 4.7%-12.5% in the coming years. The North American market remains the largest Sake importer followed by Europe and the Asia Pacific. Within Europe, France stands out with its imports of Japanese Sake because of its incredibly high levels, indeed french sales reached $2.6 million (2019) which is four times higher than the figure from 10 years ago.

A large majority of Japanese millennials consider the traditional national drink as uncool and kind of old-fashioned, moreover the Sake industry also has had to compete with a consequent inflow of foreign alcohol. However China, Hong Kong, and the Southeast Asia region may just be the solution to Japanese Sake brewers’ issue, that is only if they manage to overcome the challenges that are: meeting the market’s and Chinese consumer demands and needs.

Faced with a declining consumer base at home, Japan’s traditional sake brewers have been struggling for quite a while. Sake has very much fallen out of popularity especially among younger consumers, as mentioned above Japan has witnessed an influx of foreign alcohol brands with exotic names and equally exotic flavors which tend to be more appealing to Japanese consumers. Needless to say that Japanese brewers have been more than delighted to see that Chinese drinkers have taken a liking to their national drink with such enthusiasm.

The search behavior of keyword 清酒 (Sake) is generally very stable, yet it has been noticed that the interest in Sake searches witnessed quite a consequent boost on Valentine’s Day, which may imply that sake is related to a sense of “love emotion” and “feeling good”.

With the variety of goods offered in China’s foreign alcohol industry, Brandy and Whiskey share more than half of global Chinese consumption shares, closely followed by Sake (Japanese) and Soju (Korean) which both stand in the third position among all imported alcoholic beverages. Sake/Soju still hold a minor role in foreign alcohol beverages imports, however, they are becoming more and more popular among Chinese consumers.

Alcohol Consumption Depending on the Age

Chinese consumers now seem to be more interested in foreign spirits. 18% of them regularly purchase whisky, and other favorites like brandy or vodka also catch the eye often enough among Chinese people. Sake is recording one of the fastest growth rates in the liquors segment in China.

The percentage of alcohol consumption in eastern coastal areas is higher than in hinterland areas, and consumer demand is growing vigorously. Guangdong, Fujian, and Gansu Provinces together with Shanghai and Beijing tend to consume more foreign alcoholic beverages.

With the addition of elegant and fashionable elements to alcohol, drinking has become a lifestyle that enhances the taste of life, increases the fun, and relaxes the body and mind.

With that in mind, it appears that Chinese women have great potential as targets for alcohol brands, added to that, the growth rate of customer unit price is much higher among women than among men.

Summary of Target Market in the Alcohol Market

Sake exports amounted to USD 212M (2019), which marks a landmark for the 10th consecutive year, this accounts for about 35% of the global export value of Japanese alcoholic beverages. On a year-on-year basis, China has the highest growth rate out of all the major countries consuming Sake. China’s CAGR over the past 10 years was 35.6% and is expected to be the number one export destination by the end of 2021.

Most Popular Sake Brands in China

How to Promote your Premium Sake in China?

To interest a distributor (or direct consumers), your brand must already be credible and have a good reputation. Word of mouth is the most efficient way to do so.

For example: if the Sake is premium, it will be more expensive and qualitative. It will be of more interest to an informed drinker, of the high professional social category who lives in a first-rate city like Shanghai or Beijing and to promote it as a high-value gift in lower tiers cities. It will then be necessary to make the communication according to these criteria, through platforms, social networks, and KOLs of reference for this social environment.

Search engine optimization and search engine marketing consist in maximizing the visibility of a website on search engines and ranking on top of SERP on chosen keywords. Baidu is China’s top search engine, so you’ll have to focus your SEO effort there. To improve your Baidu ranking, follow the following point:

Whether you are trying to reach out to direct consumers or Chinese alcohol distributors, being active on Chinese social media will be beneficial.

Wechat is one of the most important Chinese social networks and offers multiple services to its users: instant chat, entertainment through content, e-commerce through WeChat store, online waller with WeChat pay, services with mini-program, and so forth, and so on.

All these tools are available to brands & companies to use for promotion purposes and Sake Brand should definitely take advantage of those may it be with simple Wechat posts through an official account or a more complex WeChat group marketing strategy.

These are the main WeChat strategies:

It is important to find a distributor or to interest potential customers to create a WeChat brochure. These brochures can be compared to a PDF format that presents a menu. The advantage of this format is that it is possible to scan it directly with a QR code which returns the main information of the Sake products of your brands such as ingredients, price, or history. These brochures can be scanned at trade shows organized by distributors who prefer to scan and read the information later, for example.

Promote your Sake Brand on Weibo:

Weibo is considered the Chinese Twitter. The concept of this application is at the base of doing micro-blogging and then widened to take up concepts similar to those of Pinterest or Reddit. To use Weibo optimally, you have to create a certified account, interact with your community, use the pay ads offered by the platform, and above all create credibility for your brand thanks to the strategy that uses KOLs. It is also possible to engage potential customers through mini-games that you can create directly on the platform.

Read our Weibo for Beginner Guide

For example, You can choose a DJ influencer known for partying and drinking alcohol to appeal to young people and ask them to post on Weibo or respond to a post praising your brand.

Reach out to Chinese GenZ & Millenials through Short Video with Douyin

Douyin is the most trendy platform of the moment, it is the Chinese TikTok consumed largely by young people from large urbanized cities. On this application, it is possible to publish short videos from 15 seconds to 3 minutes depending on the accounts. Thanks to its algorithm it is possible to obtain a maximum of visibility in a minimum of time and means spent. Several techniques exist to become a trendy video: it is possible to use hashtags and trendy music, to launch a challenge that could be taken up by users or it is possible to go through KOLs and KOCs that can create original content and influence your brand. Paid advertisements are also available to be even more visible.

For example, You can launch a challenge that KOLs would be the first to post, on trendy music which consists of opening the bottle of Sake at the right time of a song.

Key Leader Opinions and Key Customer opinions are the new way to advertise your product today. These are human billboards that in exchange for money create original content according to your guidelines and are a springboard for visibility and influence in the purchase. Indeed, influencers give their opinions on the product and associate their image with it, which gives favorable customer feedback in the eyes of all potential leads.

Marketing with KOLs is more and more democratized and used in various fields, now there are KOLs which are the face of luxury brands, food brands, and more and more also foreign wine brands. Wine is then promoted as a healthy, trendy, and sophisticated drink.

China eCommerce is in full force and as a brand/company in the FCMG, it would be a mistake to ignore this avenue. Whether you choose to sell directly on a local eCommerce platform or their global version you’ll be benefiting from it.

If you choose to sell locally, you’ll have to have a physical entity in the country, as well as a Chinese business license. Selling on the local platform is more advantageous in terms of visibility and pool of potential consumers however, cross-border eCommerce in China has its own pros.

Ecommerce is a good alternative/addition to traditional distribution. It gives brands more control over their sales and marketing.

What is Cross-Border e-Commerce?

The objective of cross-border e-Commerce is to export a product from its country of origin directly to consumers in another country. Here it is a question of exporting the Premium Japanese sake to China, for this it is possible to use various very famous platforms in the country such as Tmall global or even JD.com global. This distribution strategy offers brands that export a lot of advantages, notably in terms of delivery times and savings on certain costs. Cross-Border e-Commerce has its limits and favors products over imports. It is not intended to be a definitive solution for your business either, but rather a stepping stone in your market entry that can allow testing to refine your product-market fit.

The Role of Tmall Global in Selling Sake

Tmall Global is the international version of Tmall and one of the biggest cross-border eCommerce app in China as well as most trusted by consumers. Thanks to Tmall Global, it is possible to have access to many marketing tools that can help you stand out from the competition, such as:

Japanese premium sake is a growing market. Many foreign brands will want to get into the business in order to benefit from it. To get out of the competition as well as possible, it is necessary to master certain aspects of the Chinese market and to adapt its marketing strategy accordingly. It is important to create a good image, to have a good website, and a good knowledge of social networks to attract the eye of distributors who are only interested in their business and their short-term return. It’s important to engage and retain your Lead generation through lots of uptime and original content creation. You will also need to choose the best (cross-Border) e-Commerce sales platform to provide leads to buy.

Contact Us to Learn More About Sake Distribution in China

You are looking into the Chinese market but don’t know how to get started? What about starting with a free consultation with our Sake expert in China?