How to attract Chinese Tourists to USA ? 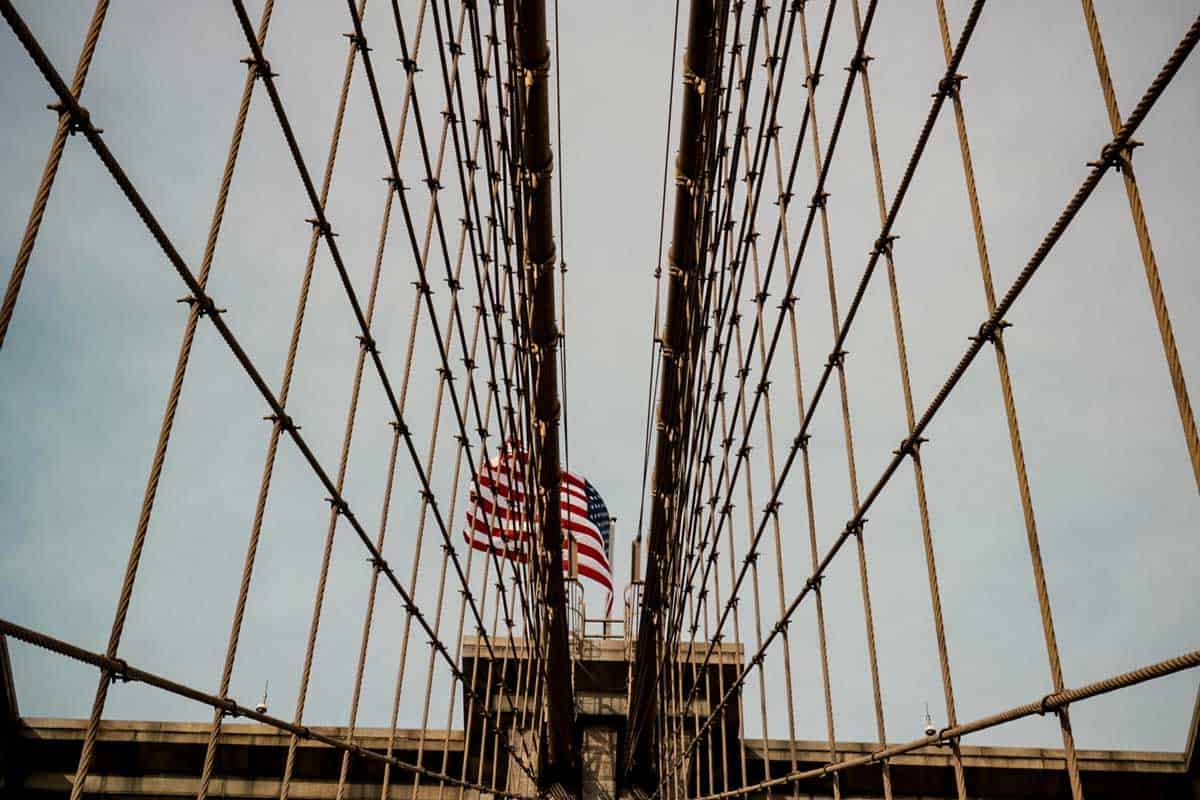 How to attract Chinese Tourists to USA?

Chinese tourists have spent 102 billion dollars on international travel in 2012. China is becoming the world’s biggest spenders on travel, with  an increase of over 40% on 2011.  And 2012 witnessed a 46% of visa applications processed at U.S. Embassy for Chinese leisure travelers. Chinese are expected to realize 94.3 million tours overseas in 2013, a 15 percent year-on-year increase, making China the top source country of origin for outbound tourists. The U.S. Department of Commerce estimates that within 5 years, from 2010 to 2016, the number of Chinese travellers visiting the United States will grow by 232%.

The Chinese tourists flooding to the US are opportunities for tourism agencies, hotels, resorts and shops.

What are the Top destination for Chinese Tourist in USA

Chinese like Yellowstone because of Its diversity of attractions (a match for any location on the planet).

You can see many Chinese tourists in Arizona right now, and the Grand Canyon is the most distinguishable landmark and a natural wonder to which tourists flood. 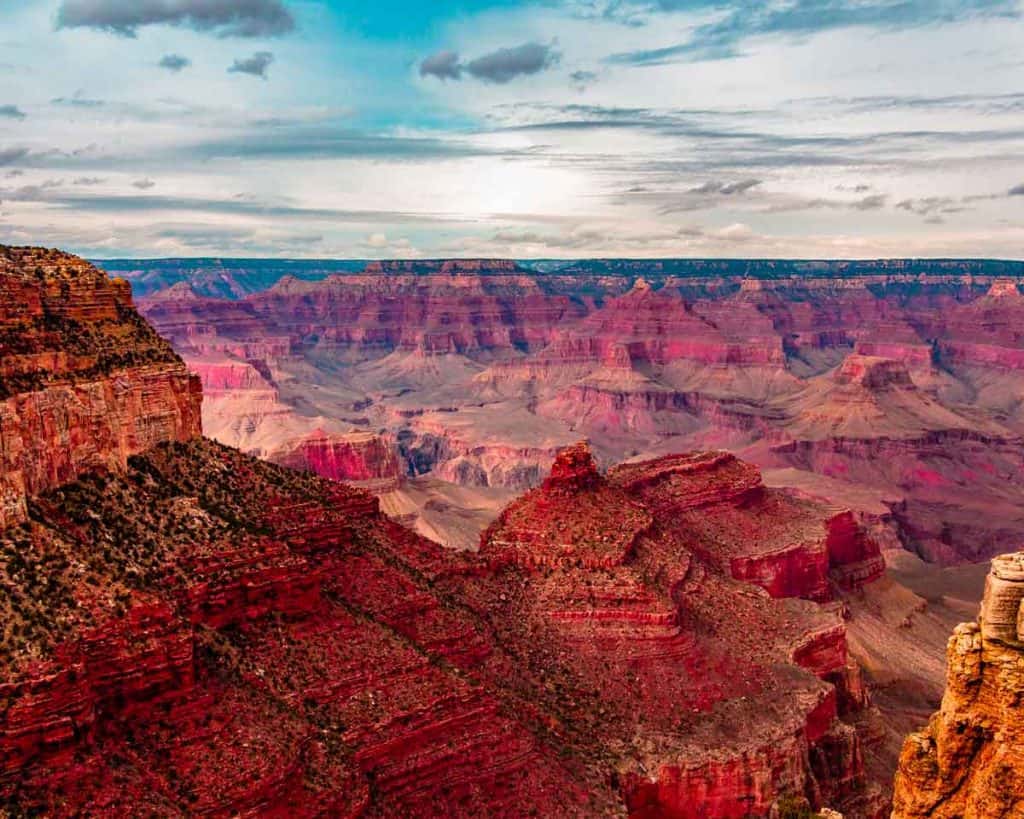 Hawaii is a popular destination for tourists, surfers, due to its natural beauty, warm climate, inviting waters and waves, and active volcanoes.

Universal Studios Hollywood boasts to be “The Entertainment Capital of LA,” though during the summer it is often advertised as “The Coolest Place in LA.

Niagara Falls is something that most tourists from China will include in their tour plans.

The Golden Gate and the Fisherman’s Wharf are two sites most popular among Chinese tourists. 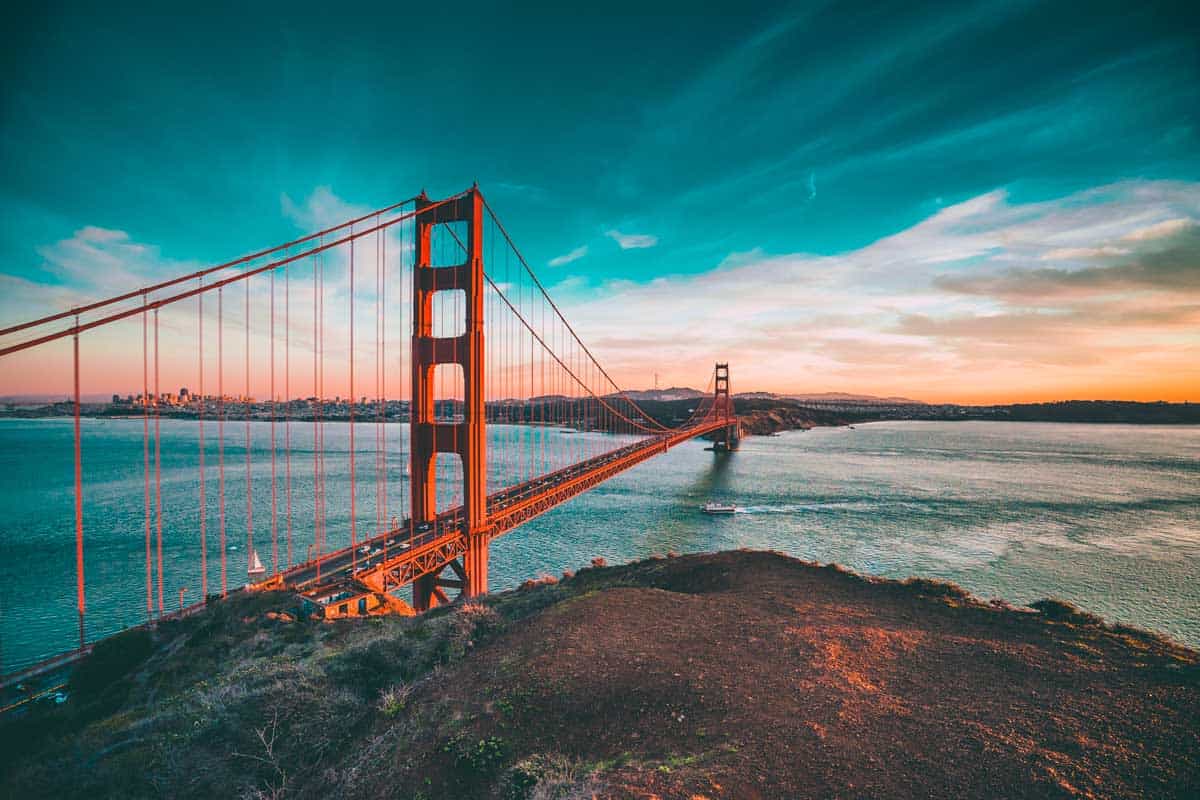 The Capital of Entertainment in the World Las Vegas attract many Chinese travellers every years. With their giant mega-casino hotels, decorated with lavish care and attention , they create a crazzy atmosphere, that like Chinese tourist. Chinese likes gambling, and the casinos are popular…

the Capitol, Washington Monument, White House, and Lincoln Memorial are the most popular monument for Chinese tourists.

the Statue of Liberty… Wall Street, the Empire State Building, and world-class museums  attract Chinese travellers . They like to  see the the grandeur of Times Square or given the soft sell by artists presenting their crafts in Union Square Park. 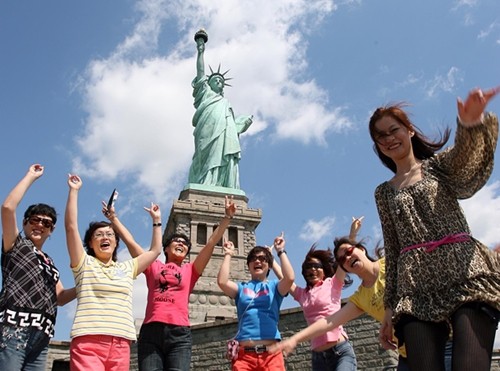 How to attract Chinese tourist in the United States ?

The United States is the number one dream destination for Chinese tourists,  and Chinese visiting the US will spend at average $7,000 per stay, more than all the others. Nearly 1.1 million wealthy Chinese tourists visited America in 2011.  In 2012,  Chinese travelers contributed $877 million to New York City’s economy, with the average spending of $3,297 per tourist per trip (**).

Actions have been implemented by tourism authorities to attract Chinese travelers and facilitate their VISA.

The new generation of Chinese outbound tourists is making their own decisions about where to go, where to stay and what to do by doing their own research online, going beyond the old stereotype of big buses of group tourists

So how to attract Chinese Travelers ?

Having a website in Chinese is a basic step to attract Chinese people.

To have your website host in China, for faster loading which is crucial to satisfy Chinese netizens

To attract visitors, you can use

– SEO on Baidu , it is better because Baidu has covered 80% of Market Share)

– Social Media , because nowadays Weibo is a powerful tool to get Chinese tourists.

Webmarketing is easy to launch because it requires a  low initial investment, good ROI (Return on Investment) generally and measurable.  All these factors make online promotion a very suitable in the tourism industry in China.

Invest in PR (digital press relation) can be a good strategy for your branding and for promoting your destination to Chinese travelers. Storytelling is particularly useful to get the interest of online population.

Online PR is particularly fast in term of diffusion , and good articles / reviews on a Chinese site can be viewed tens of thousands of times!

KOLs (Key Opinion Leader) is a powerful way to catch the attention of travelers in China. These  leaders are well respected and trusted. What’s more important is they usually have a strong influence on a huge numbers of followers. 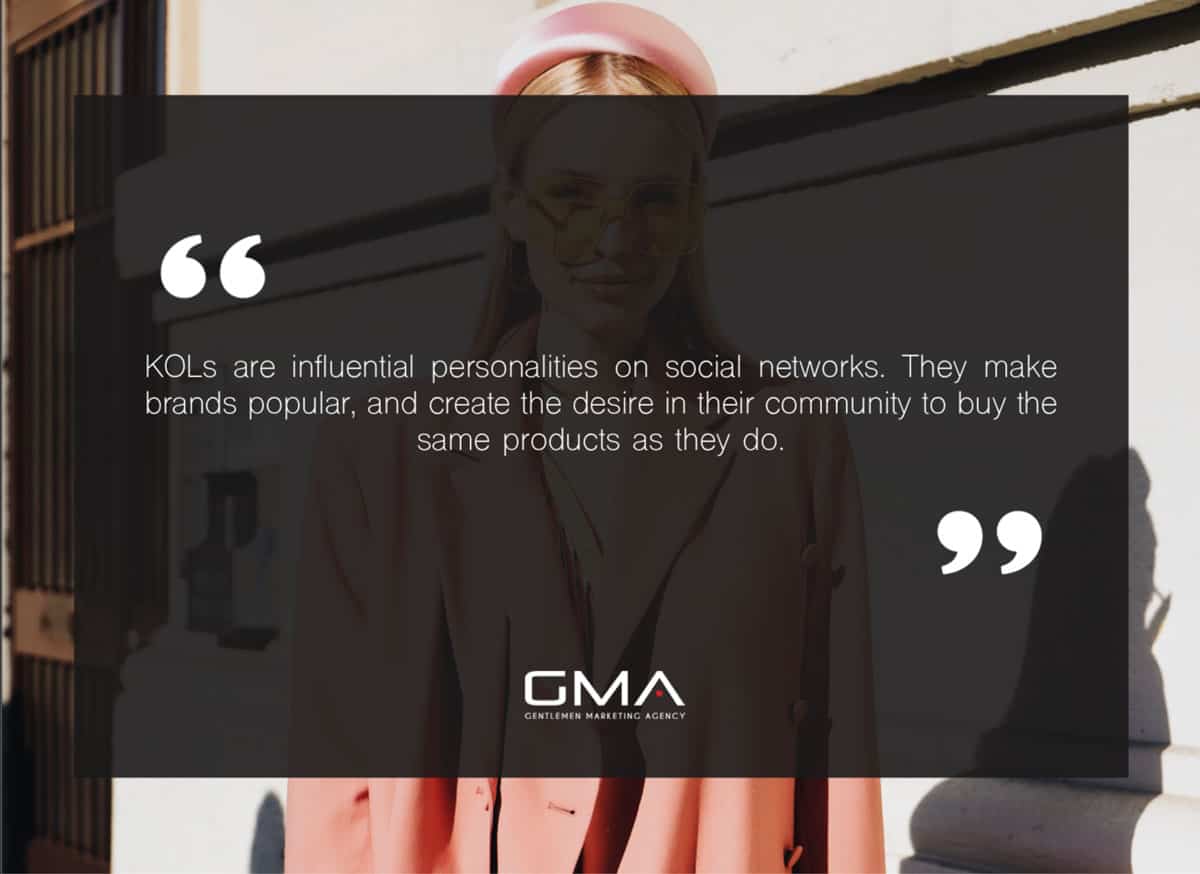 Chinese do not really read magazines, except some good one, the publications in China are useless to  influence on travelers population .

More information about how to attract Chinese tourists here

find all our articles about tourism in this category

Our Case Study with Travel Agencies 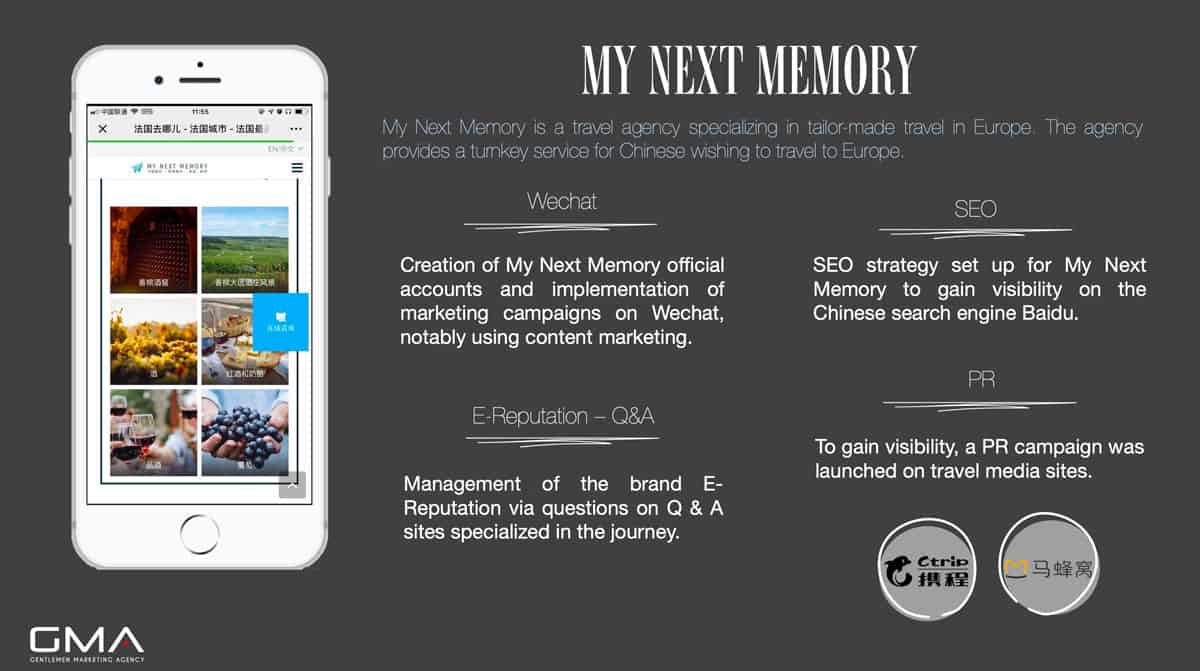 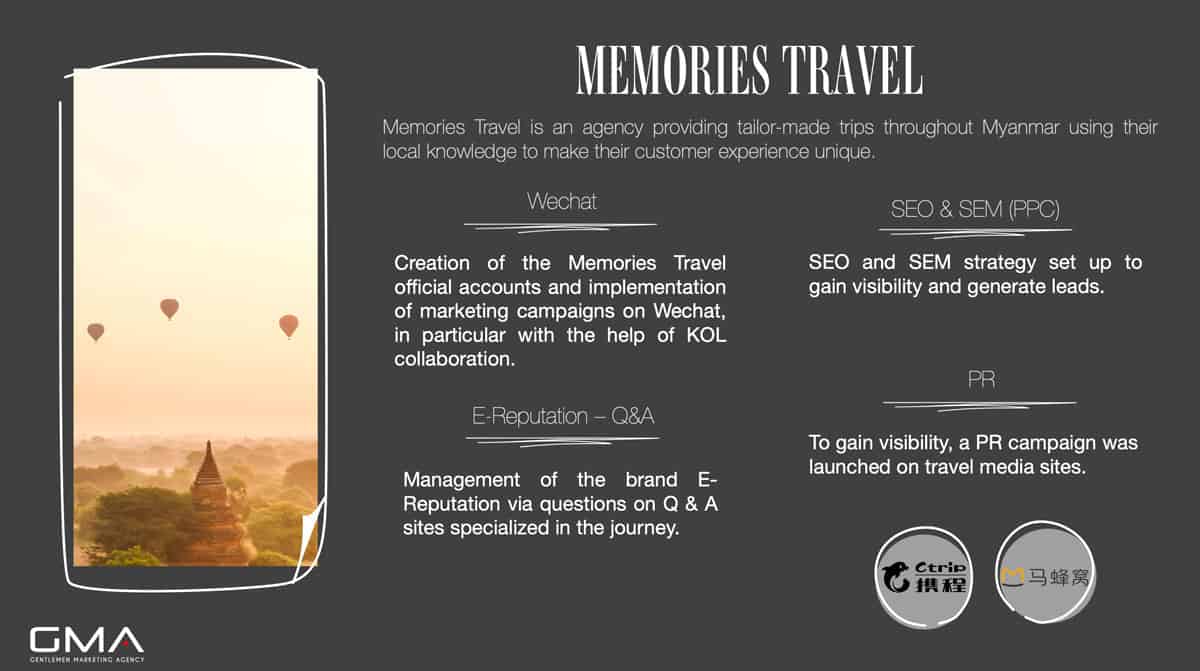 E-REPUTATION: Primordial before launching, we work together on your unique selling point, then on the social networks and with the help of PR, we make sure that your image on the networks is totally clean and reliable for the Chinese users.