The surprising growth of Hospital market in China 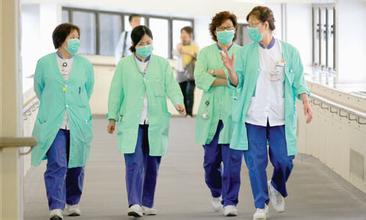 Hospital market in China is actively being privatized

Chinese Hospital & Healthcare industry, which is supposed to be the third-largest in the world, has been developing at 13% over the last few years. Public hospitals dominate the market although the number of private hospitals is increasing every year. This trend is primarily caused by the increasing demand for high-quality medical care from middle-class customers. Chinese state healthcare is far behind European standards and does not attract much investment and government funds. In China, only 5% of GDP is spent on the healthcare sector, while this number is doubled in European countries. This leads many Chinese middle-class patients to take medical treatment in Europe rather than at home.

As it was mentioned before, due to the increasing demand for high-quality healthcare services, more private hospitals are opening each year. Being initially 9%, it is expected to grow to 15% by the next year. The Chinese government seeks to improve the quality of the sector by attracting foreign and domestic investment. Particular measures, which were taken to accelerate an inflow of investment into the sector, include easing ownership rules.

For example, before domestic investors must have accounted for at least 30% of hospital ownership, while now investors from Hong Kong, Macau, and Taiwan are allowed to account for 100% of ownership. Some regulations also refer to other foreign investors, including 90% ownership permission in Chengdu. Such hospitals as Hong Kong Phoenix International Investment Group, YMCI, SL PHARM, Xi’an Kaiyuan Investment Group Company Limited, and Jinling Pharmaceutical Company Limited, being initially privately owned, were transferred to public ownership in 2010.

Hospital market in China is profitable

The hospital market in China is seen as one of the most expensive, but profitable industries at the same time. While the government spends a lot of money to provide citizens with free or half-free healthcare services. On the contrary, private hospitals enjoy high revenues due to the increasing demand for high-quality healthcare. According to a recent survey, over 50% of patients in China choose private services. As a result, the combined revenue of the industry accounts for over $225 billion dollars. Of the total amount, a large part comes from the medicine and pharmaceutical sectors, which together with her account for over 40% of the total industry’s revenue. This creates incentives for doctors to prescribe more expensive, though not always more effective, medicines with the purpose of receiving some reward from the pharmacy.

To conclude, the healthcare sector in China is currently requires restructuring and investment, which will help to improve the quality of medical service. It requires proper regulations, which would allow foreign investors to improve the industry and receive good revenue from it. The Chinese government has done some steps to encourage investment in the industry and boost the growth of private hospitals. Compared to state healthcare centers, private hospitals are concerned with the quality of service and seek to apply high-quality European standards to it. This makes private hospitals more popular among Chinese patients.