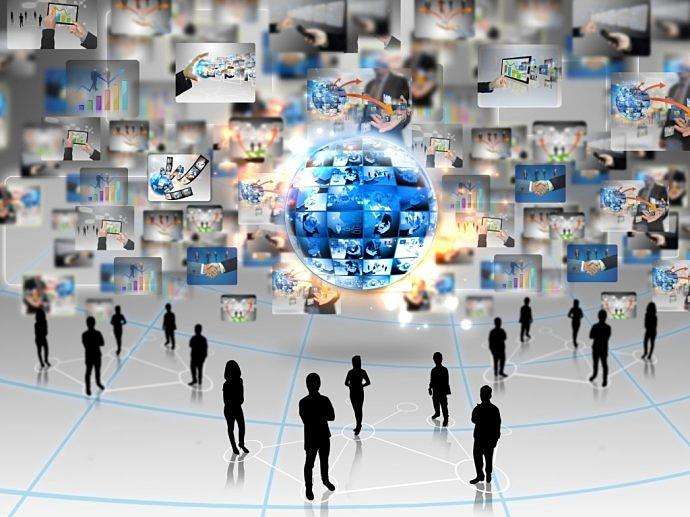 It consists of having an authority profile talking about your company. It can be media (newspapers, blogs), KOLs, or even the community.
It is not always easy to get a press release that is why many agencies with the right connection and that know how to proceed are offering this type of service.
PR has the advantage of lasting in time and get you covered by trusted people on third party websites that give you legitimacy.

Public Relations through Chinese media agencies are the most effective because the Chinese use their internet tools than any other internet community.

The Chinese government plays an important role in the media. Indeed, as some of you may know, the Internet, television, movies, media, and press are severely controlled by the government. In order to avoid any kind of problem media organizations must be in step with government policy.

For example, in China, some keywords are strictly forbidden on the Internet. Some of them are:

That is why foreign businesses must be careful and consider how to build a good message using the proper content. Businesses should also look out for “politically correct” information.
For instance, in 2019 Versace, an Italian fashion house in China had some problems. Chinese media reported that on a t-shirt sold by Versace in the country there were names of cities with the wrong nation, in particular, Hong Kong and Macao were not listed as part of China. On social media, Versace was accused of attacking national sovereignty. This is just one of the many diplomatic accidents.

Since it can be easy to fall into these kinds of accidents, we suggest you contact agencies like Gma.

In China, the Internet is used not only for practical needs but also to do researches about new products, visiting forums and blogs, and live streaming platforms.

A survey carried out by the Chinese Academy of Press and Publications found that the daily reading time and annual reading number of paper books, printed newspapers, and printed journals had declined in 2019. In contrast, digital reading had continuously increased. According to the survey, every day Chinese citizens use mobile phones for 100.41 minutes on average, 15.5 percent higher year-on-year.

The proportion of citizens reading on mobile phones, tablets, personal computers, or iPads, too, had increased from the year before.

The survey reflects Chinese people’s changing reading habits as mobile phones enable access to reading materials on highly efficient digital platforms. More than half of the Chinese interviewed were inclined to digital reading, particularly on mobile phones. This concerns not only books but also reading the news.

It is therefore important to adapt your China public relations strategy to the social media landscape and to your target audience.

The Advertising Law of the People’s Republic of China

To ensure that your company does not come into conflict with any laws, this is the summary of The Advertisement Law of China.

An advertisement shall be prohibited from:

Public relations in a digital world is more about demolishing a brand than about building it, as shown in a recent quarrel between e-commerce giant Alibaba and the social networking Tencent.

How to build a positive Brand image with your China Public Relations Strategy?

As one of the important channel for public relations management, press release plays an essential role. It’s a strong tool to create relationships with media agencies. It’s also a great way to control the data newsworthy about your company, etc.

Companies can either hire a PR agency or generate content by themselves and send it directly to journalists at Chinese media outlets.

A better website authority corresponds with a better Baidu ranking and this is vital for visibility. A press release usually also means a backlink. As it happens in Google, the more backlinks you have to your website, the more authority it gets, giving you more chances to rank above your competitors.

Press releases are very useful in China as Chinese people do not easily trust new brands and new products because of the countless scandals they have been through. Having an authoritative voice speaking about you make consumers rely on you.

Hold a press release conference for you Public Relations Strategy

A press conference is an event organized to officially distribute information and answer questions from the media. Press conferences can be announced in response to specific public relations issues.

They are a powerful tool to build a relationship with the journalists and to answer questions.

Press conferences are very appropriate for special occasions such as new product launches, important breakthroughs, or responding to scandals and controversies.

Some of the best Chinese Media Sites

Xinhua News: The Official Media of the Chinese Government

Xinhuanet is said to be the official media outlet of the Chinese government, only publishing news that aligns with the government’s initiatives. As one of the most trusted sources of news in the country, it’s naturally also grown to become one of the largest. It provides a wide variety of content that covers social issues, international news, military, travel, education, etc.

Getting featured on Xihua is the best method to gain the trust of your target consumers.

Toutiao is an application owned by ByteDance that acts as a news aggregator. With more than 200 million active users and content receiving 4.2 billion views every day, it is considered the # 1 platform for content delivery. Its particularity is to be integrated with artificial intelligence and machine learning software, which creates a personalized newsfeed for each user. In this way, everyone sees what best suits the content they interacted with in the past. Toutiao is therefore an excellent database of consumer information and one of the best Chinese apps for targeted advertising.

PR examples in China: The #HeforShe global campaign of Shiseido had success also in China

Shiseido Company has become the first Japanese company to sign an agreement with UN Women (the United Nations Entity for Gender Equality and the Empowerment of Women) to lead the promotion of gender equality in Japan and China where the gender gap is still big and the emancipation of women. The present agreement has been reached as both parties pursue the same cause: Shiseido actively supports women’s advancement while UN Women centers its efforts on gender equality and the empowerment of women worldwide.
Going forward, Shiseido will aim to realize a society where each and every individual can make their own life choices and fulfill their potential regardless of gender. To this end, the Company will launch gender education programs for the younger generation, promote the UN Women’s #HeForShe initiative inside and outside the Company, and support various other programs.

Created by UN Women, the HeForShe solidarity movement for gender equality provides a systematic approach and targeted platform where a global audience can engage and become change agents for the achievement of gender equality in our lifetime. HeForShe invites people around the world to stand together as equal partners to craft a shared vision of a gender-equal world and implement specific, locally relevant solutions for the good of all of humanity.

Contact-us to develop your Public Relations Strategy in China

Contact-us to discuss it further! 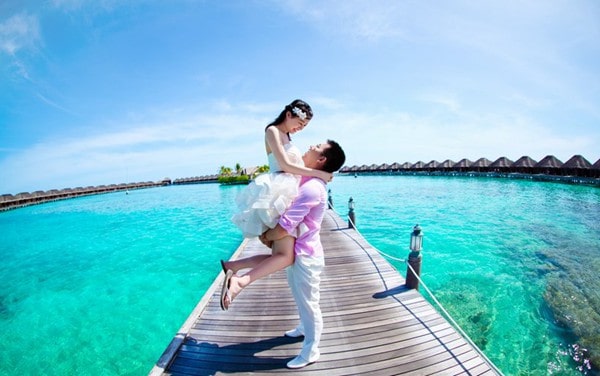 2030, it’s not too far away anymore. Can you believe that by this time, 49% of all passenger traffic will be in the Asia-Pacific region, according to TripAdvisor. That’s virtually half the world’s traffic in one big area. The world is a big place and for this quantity of traffic to be so concentrated in… 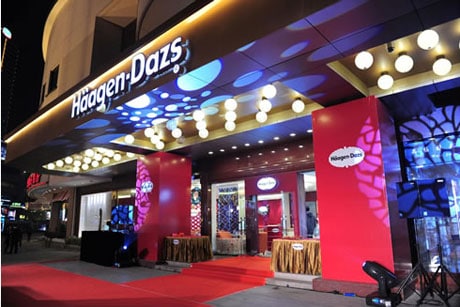 In China Haagen Dasz continues to innovate Haagen-Dazs, the worldwide famous ice-cream brand founded in 1961 by Reuben Mattus and his wife Rose was bought 70 million dollars by the British group Philsburry, now property of General Mills. The brand, n°1 in the US since 2007, settled in China in the late 90s and is… 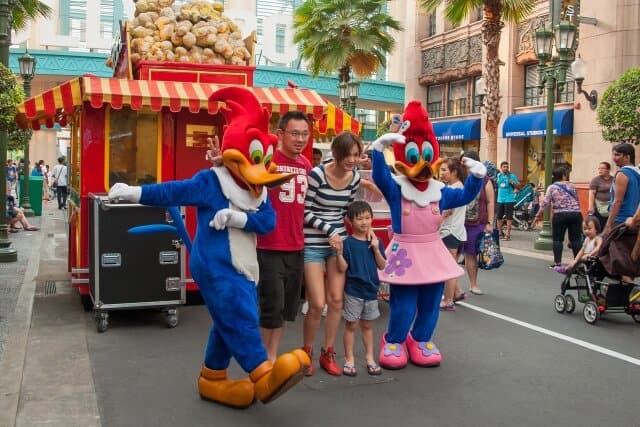 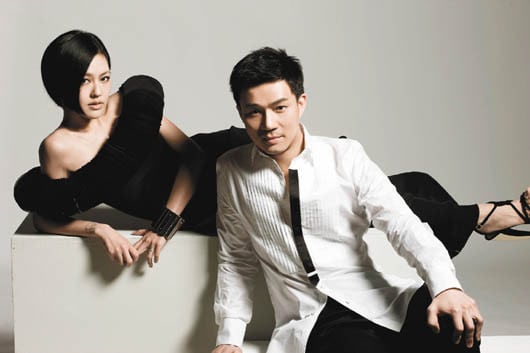 Alliances with Key Opinion Leader is Strategic for Branding in China   As you know, social media in China is booming and becoming more and more important as a solution for Marketers to promote their product or their brand. Weibo with 500millions of subscribers, and 58 millions of daily users WeChat is the popular platform… 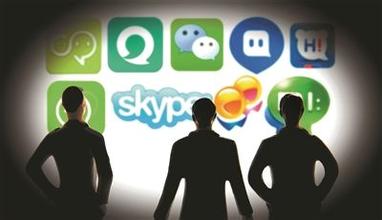 As stated one of the most profitable project to develop nowadays in China, App (Mobile Application) and App industry have undergone a great boom. While to create an App is a technique work, to promote it among the public and gain a decent number of users is more crucial and skillful. So, how to…

It can be hard to understand Chinese distributors as they have their own way to function. But it’s crucial to do business with them if wanted to import some products in China. So first of all,we have to understand them. Here is what they really want. A brand already famous and well-established If you are…