The Golden Age of British Food and Beverage in China 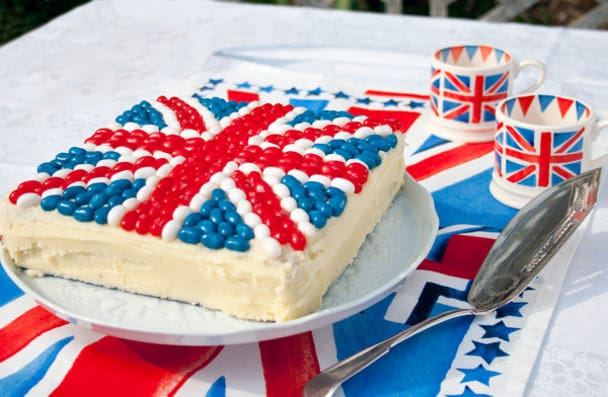 The Food and Drink sector is the UK’s largest manufacturing sector turning over £76bn and employing 400,000. The food sector sells 30% of its products overseas with this figure increasing due to greater demand from developing nations such as China.

The Food and Drink Federation, a leading industry body, declared that the UK had doubled exports over ten years to £12.8bn in 2014. This is in line with the British government’s export drive to China amid a climate of increasingly positive relations between the two countries. Even with the global economic downturn, this sector continued to expand.

There are clearly lucrative opportunities available in China with British food and drink firms lining up to take full advantage of them.

The UK Trade and Investment’s (UKTI) Food and Drink program, as well as the ‘Food, is GREAT’ government campaign are both examples of political initiatives in the UK to encourage suppliers to expand into Asia. The campaigns are also used to promote British tourist attractions, education, and business opportunities overseas.

The ‘Food is GREAT’ campaign has set out to increase British exports to China by 2020. Backed by initiatives and amid a favorable political relationship between the UK and China, it is likely that we shall see significant investment from the F&B industry over the next few years.

The rise of the middle classes in China has been well documented. There are now over 350 million middle-class consumers. This has dramatically changed tastes, demands, and the expectations of more discerning, wealthier consumers. There have also been many domestic food scandals and issues with quality which has increased demand for imported F&B products from the UK.

Chinese tastes have also become far more ‘westernized’ as the country has opened up to international products, services, and cultural influences. The Chinese associate ‘British’ with quality in a market often associated with fakes. Branding a product as imported and ‘British’ is key, it helps it stand out in a highly competitive marketplace.

British firm Pizza Express operates over 400 restaurants in the UK and a number of restaurants abroad. It opened its 500th restaurant last month in Beijing adding to its growing high street presence in China.

Pizza Express has ramped up its expansion in Asia by acquiring its Chinese franchise partner. The deals sees the company, which itself was bought by Chinese investment group Hony Capital for £900m last July, take control of 27 restaurants in Hong Kong, Shanghai, and Shenzhen. With this acquisition, it is confirmed that expansion in China is part of the future growth strategy for the firm.

Pizza Express has adapted its menu to suit Chinese tastes by including ingredients such as aromatic duck and Sichuanese spices. However, the popularity of western food in China is growing and with their early market entry, they have been well placed to take advantage of this.

Above you can see how Pizza Express tailors itself to the market with a stylized image of Shanghai’s famous Pudong skyline on their official website. The tag line of ‘celebrating 10 years in China’ is associated with the growth of Shanghai, the Pudong Skyline was indeed essentially non-existent ten years ago. 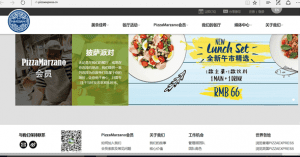 Above featured on the website you can see the ever-popular QR code, a huge phenomenon in China. Scanning the QR code links the user directly to the Pizza Express official WeChat account.

WeChat is China’s largest social network with over 850 million users. By scanning, this code people can unlock exclusive offers on the lunch set advertised. You can also see links to Weibo and their QQ email service to the left of the QR code.

The Chinese Acquisition of Weetabix.

It’s not all fairy tale endings. Weetabix has really struggled..

Weetabix was one of the first large-scale marketing campaigns for breakfast cereal in China but did not take off for a number of reasons. Bright Food is now reportedly in the process of selling the company after hiring Goldman Sachs.

The fact is that whilst tastes have changed regarding food items, trying to change established traditions around breakfast eating was too much. Cereals are not so popular in China with locals preferring hot, savory rice or egg-based dishes to start their day. Dairy products also are not as established, to sell a breakfast product based around milk proved to be too much. Milk is typically UHT treated and of poorer quality, sell-by dates are an issue and many Chinese consumers are lactose intolerant; dairy is not typically part of their diet.

It’s an example of how you need to be intelligent and adapt products whilst fitting into market trends.

Above is the Weetabix official Weibo page. You can see them sharing Chinese-specific content and offering customer services via an instant messaging service. The approach was to brand Weetabix as an ‘upmarket breakfast’ and tapped into the Chinese association of quality when it comes to British brands. The predominance of the QR code for branding is found across China, here featured in their cover picture.

It is perhaps telling that they only have attracted 8399 followers to their official page, very low by typical standards for large brands in the orient.

The popularity of Greene King soured after Ex Priminister David Cameron invited Xi Jinping for a pint. China’s red emperor was transformed into an unlikely poster boy for the brand after images and a video went viral in China in forums and social media.

“It has just gone berserk. It’s unbelievable”, said Peter Bloxham, a Beijing-based British businessman who imports Greene King beers into China; “Within two days of the bar scene people from all over China were ringing; agents, bars, restaurants, hotels..” In fact, demand increased by 1600% for the beverage. a

The state visit had the unlikely effect of boosting the bar scene across China through the sale of Greene King. This sign found in Beijing reads; “Come and drink beer here. We same the same Greene King Beer that Xi Dada Drank”. This is using the premier’s affectionate nickname ‘Uncle’ or ‘Big Daddy’ Xi.

Another boost for the popularity of British beverage in recent years.

In China you need to start again – Branding is everything.

The issue for British F&B brands is that often, regardless of your reputation outside of China, you are invisible. The Chinese net developed under very different conditions and is basically cut off by the ‘great Chinese firewall’.

As a result, if you are not present on Chinese platforms you will not be known by the majority of the online population. You need to focus on re-branding yourself in China as Chinese first and foremost buy brands.

With this infrastructure for British food in place and demand from Chinese consumers, how can British food and beverage companies grow and market themselves in this lucrative marketplace?

F&B brands need to be seen on Baidu, the largest search engine. The best is to be seen in the natural search results but this can also be combined with paid advertising links and banner ads. The difficulty is connecting with both customers and distributors, new products to market need Chinese distribution companies to back them but they are notoriously selective, they want to work with successful companies, you, therefore, need to create this image online in China through a quality website that ranks highly on the first pages based on certain keyword searches. 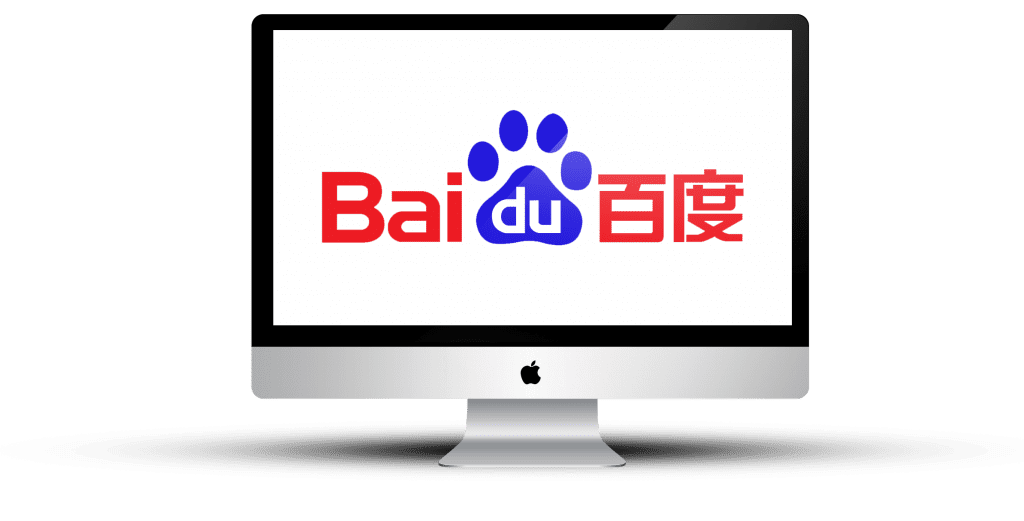 Alibaba (the largest e-commerce company in China) has now launched international cross-border services facilitating your access into China.  Brands can market and sell on the flagship platforms Tmall and Taobao and benefit from the extensive delivery, storage, and administrative services Alibaba offer for international brands. You can host an ‘official store’ and sell to discerning Chinese consumers, the ideal target market in fact, on Tmall. 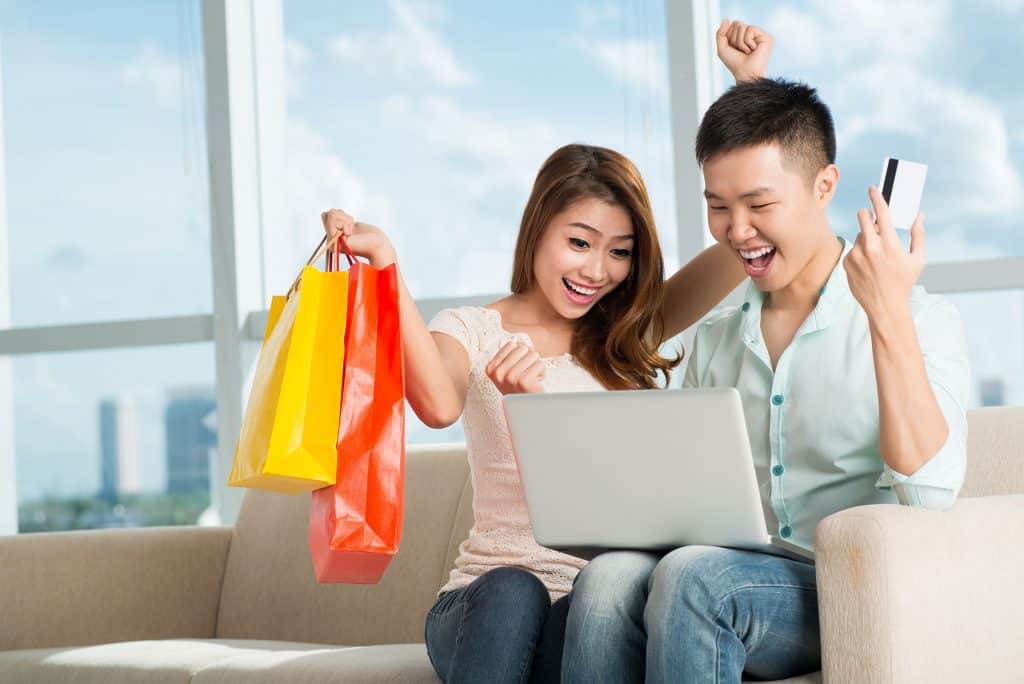 Forums are still wildly popular in China. In fact, in many cases, forum results appear above an official website. Their prevalence is explained by the consumer priority for peer-based feedback and product reviews. They rely upon the reputation of a brand, especially new to the market, in such forums. Distributors will also regularly check forums to see what the reputation of the brand is like.

Social media will always be important. Above I have shown the Weibo accounts of some of the brands. The Chinese turn to social media for much of their content and news. The numbers are evident, Weibo has 350 million users whilst WeChat boasts 750 million in China. 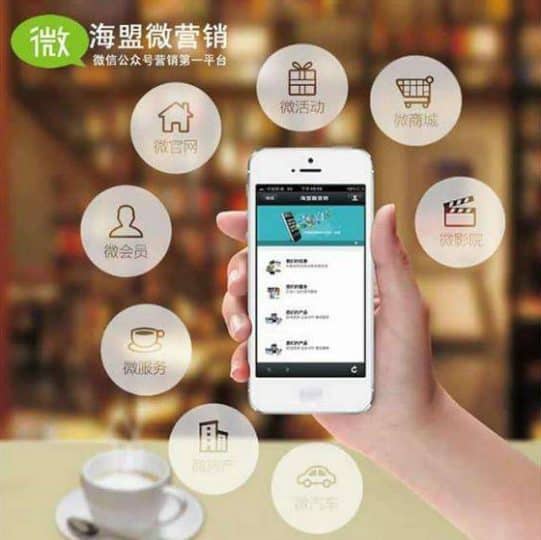 Chinese Social media is a key site to share content and build a ‘mini-site’ within the app for branding purposes. Exclusive content and promotions for followers help attract potential customers to your page. WeChat can be launched as a loyalty program but is primarily used for branding and content sharing. You can also offer customer services via group chats and private messaging.

This is vital, direction translation is not effective. Your branding and message need to be communicated in the right way to a Chinese audience. Quality Chinese copywriters need to be utilized with a strong command of both languages and a clear understanding of the brand message.

As the UK seeks to make its own way in the world outside of the EU it is vital to forge stronger connections with China & for British F&B to utilize the infrastructure for growth available in the largest marketplace in the world.

We are an agency helping F&B brands grow and appear in China. Branding is everything and online growth is the key for market entry in a digitally-led B2C and B2B marketplace.