China is still the world’s biggest potential market for automakers. During the year of 2013, more than 22 million of new cars have been bought in China. This is roughly 25% of the total number of sales in the world.

For the first time since 2004, Volkswagen has overtaken in 2013 General Motors in this market which many market consultants predict to become the next world’s largest. In the same time, Mercedes-Benz, another German automaker, got off to a very successful start in 2014 by recording up to 100 000 sales in January. That is 15.4% more than in the previous year.

Although some pretty good figure for General Motors, with a growth of 11.4% year on year and 3 million cars sold in 2013, the American giant lost the lead on this crucial market. Volkswagen overtook GM by is more adapted range of products. Mainly, VW win the battle of premium brands.

Generally speaking, Chinese car buyers are looking for quality, security and equipment. But there is also a part of Chinese customers who are willing to enjoy their new financial bases into high quality cars. It is a way for them to express their social and economic status and the willingness to pay is quite high for this target. Therefore they will pay special attention to the Brand as it will symbolize the standing of the buyer and make him earn a lot of “face”.

Thus, premium brands market will become a great stake for every automotive group in China but GM is obviously lagging behind its competitors. While GM currently offers about 20 different brands with the aim of satisfy as many customer needs as possible, it lets competition going fierce on this market and allows other brands to take the lead in terms of Branding development.

Then it will be misleading for General Motors management to look at sales figures, which are high in 2013, to sum up its position in China. GM presence is still strong in China thank to the 4 well performing brands Cadillac, GMC, Chevrolet and Buick, but it is alarmingly threatened. Moreover, GM needs to wonder what make its car better for Chinese customers. Where is its competitive advantage?

To react to this threat and to strengthen its position, GM expressed its ambition to become a larger player in China’s luxury car market with the building of a new factory for its Cadillac model. The aim is to be able to provide more than 150 000 vehicles every year.

GM distributes also 3 Chinese brands: Baojun, Wuling and Jiefang.  It owns 12 joint ventures in China, result of a great relationship with Chinese partners and government, and already announced 4 new model of Chevrolet coming in 2014. These 3 brands can help to build more easily an efficient Branding strategy. 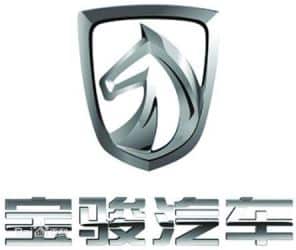 Overall, General Motors will invest up to $10 billion in China until 2016. The brand expects to open 4 other factories by 2015 and to develop production to 5 million cars on an annual basis. The main purpose is to earn constant market share through tough competition with European carmakers, more specifically German’s and to regain the leading position.

China is currently facing difficult healthcare issues. The pollution reach record high and the poor air quality is quite a sensitive topic in the biggest cities, which are covered by a cloud of dust and smoke. This problem is even more sensitive since it became a healthcare issue, according to the steadily increasing levels of cancer.

Therefore Chinese customers are willing to contribute on resolving this problem. They are aware of the undesirable impact of cars fuels and CO2 emission. Thus, we can assume than hybrid and electric cars that are better for environment will obtain customers approval. If it is not the main purpose of GM’s group, it will be probably the next stake of Chinese market.

After some major evolutions in the structure of the company in the recent months, as instance the pull-out of the US government as an investor, GM and its new CEO Mary Barra announces to expect a slight increase in profits in 2014, although the stability of the margins. This increase are expecting to be supported by the steadily growth of the Chinese market. This means that the successful strategy of GM in China, mainly on luxury and green products are crucial for the whole group.

Therefore, and despite some criticism coming from the US about its expanding operations in China (we remember this video in 2012 which reached about half a million views), GM will continue to reinforce its position in China, which is now its biggest market.