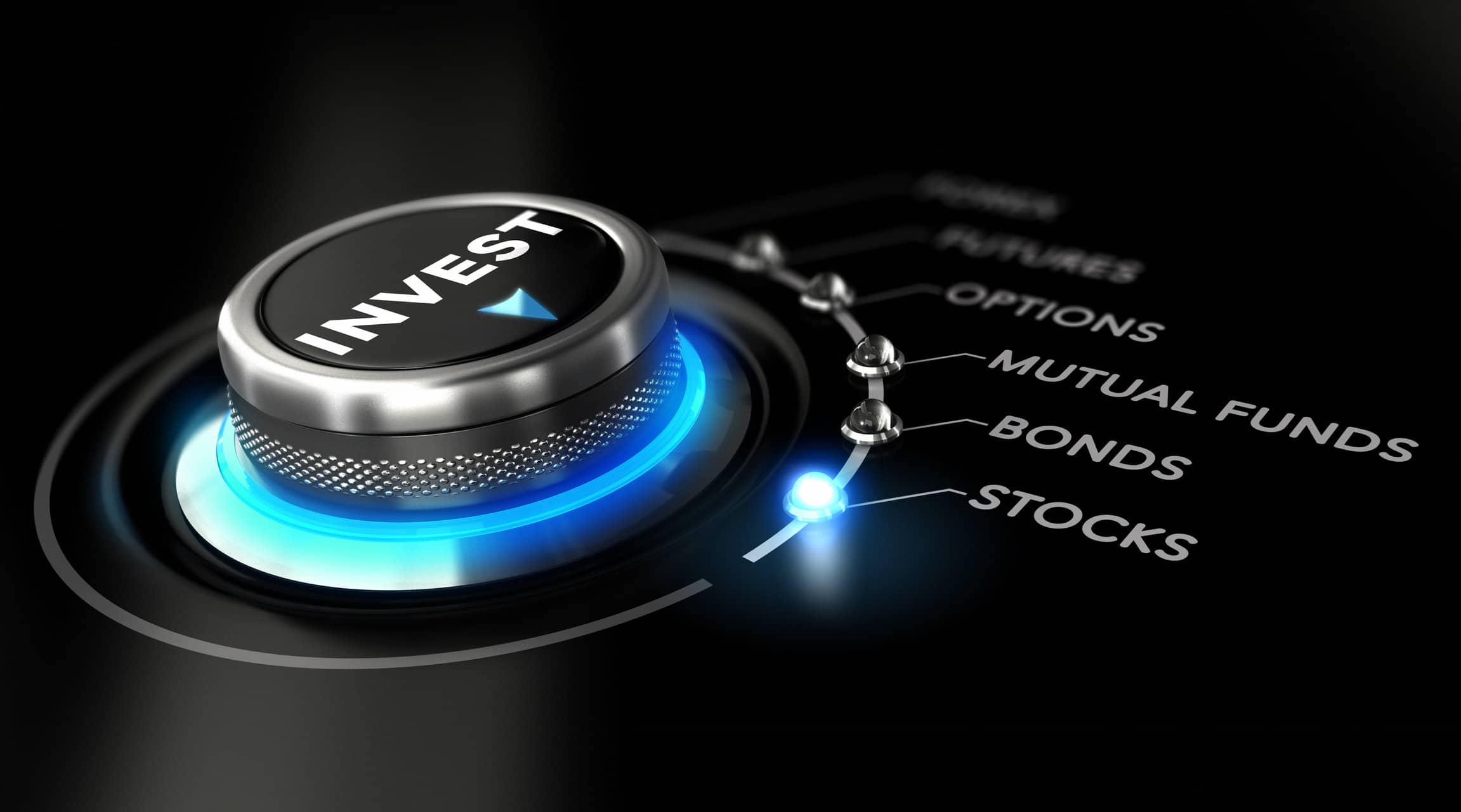 How do we help you to promote your Football club in China?

Actually, China is the largest football fan in the world with the increase of the business potential, Chinese football is making a comeback. Football is increasing its popularity and also influences Chinese behavior, so Chinese Clubs are investing millions in this game.

Online community management in China is very different from the western which requires deep insight and a strong sense of the culture, trend, and Chinese behavior. Chinese fans like the club’s official social media channels over traditional news sites because over 71% getting their news from official Weibo and WeChat accounts, which they consider as more trustworthy. It is essential to stay close to your community by answering every question about your publications and follow the different comments. You must be very creative and provide rich and authentic content to your community. A good and regular animation of your WeChat account will help to increase loyalty and to engage more fans. This includes quality content that our Chinese team can create and disseminate for you. A well-managed Weibo account can lead target fans and help your Football clubs to get more visibility.

We can help you to become viral through our creative services and media broadcasts (photos, videos …) in order to relay them on Chinese social networks.

Close collaboration with the KOLs allows reaching a wider audience, thanks to the confidence that the Chinese internet users give to their favorite KOLs.

PR in China is very different from the west side because the government strictly controls press agencies, newspapers, and portals; state censorship severely limits what can be reported upon and how it is reported.

Public Relations are one of the most powerful forms of communication in order to develop a strong image and reputation of a company, a product, or brand in China.

The aim goal of public relations is to win the big “media battle” and to maintain a positive relationship between your company and the journalists in your sector.

The objective of having a good PR presence in China is to:

China is the largest media market in the world and with more than 900 million internet users China has also the world’s largest Internet-using population. 92.5% of China’s online population can access the internet via a smartphone.

All western platforms such as Facebook, Twitter, Google… are blocked in China, so it’s time for you to find the way to work with Chinese media if you want to increase your traffic in the Chinese Football market. You must use different ways to communicate with your Chinese fans on their own Social Media platforms, such as Weibo (a version of Twitter in China), Wechat, (the equivalent of Facebook in China), Tencent QQ (Instant Message tools), and Youku & Tudou (the equivalent of YouTube in China).

In China, sponsorship is a relatively new concept in China. Recently, Vivo’s announced that it will become a Fifa sponsor. This new step shows the increasingly close relationship between China and the world football’s association. Moreover, over the last year, a series of sponsorships involving Fifa and Chinese corporations, with Wanda, Alibaba, and Hisense have also signed big-money deals. China’s influence on world football has also been enhanced with the recent election of the Chinese Football Association’s Zhang Jian as one of Fifa’s new council members.

Sponsors will most often contribute financial means that they can be invested in uniforms, travel costs, equipment, or whatever else your needs are. Sponsoring teams and events give them massive traffic. In order to increased sales, heightened brand awareness, and customer loyalty.

Personal branding is the way that people marketing themselves and their careers as brands. In China, the best way to make your personal branding is to use social networks as a communication opportunity to reach a significant portion of China’s population.

As the Chinese social media landscape is the most dynamic and unique one in the world. Even though China does not offer access to popular US social media channels like Facebook, YouTube, or LinkedIn, China has created its own social networking platforms to enable authorities to better monitor what is going on there. There are communication tools such as Weibo and WeChat that have achieved mass-market penetration.

As an international football player, you have many advantages, Chinese fans love overseas players, and there is less competition from other famous figures that won’t be developing their personal branding player in China.

An intelligent personal branding player strategy can remarkably raise your profile of an overseas player with greater exposure. For players, Personal branding means product endorsement deals. In China, you can find football star endorsements in many fields from sporting goods to computers to video games.

It’s also a big opportunity for Football Clubs because having a good influence and income are very important. Long-term development is crucial for increasing financial support. Friendly games, sales of shirts, and other products of the club in China is the most dynamic way to achieve goals at the same time.

All these massive opportunities can be very profitable for clever individuals. For entering into the Chinese online eco-system, you must develop a star’s reputation and visibility on the right Chinese platforms.

Good content is the most important factor when you want to optimize your marketing strategy. Chinese customers are really selective, if they don’t like you, they will just pass on. If you have attractive, well-designed content, you will not only attract your fans but will encourage them to follow you and even make them become loyal to your club. Football Marketing is a great marketing services platform and the Premier League has a strong resonance back in China.

You can increase your popularity with a lot of innovative tools: interactive experiences and rich storytelling. Chinese people in General and Chinese fans, in particular, are really digital people; they like to interact with technology. It’s important to create a strong relationship between the Chinese supporters and the Football Clubs.

Some sports clubs have approached the trend towards e-commerce. Since 2014, more than 32 European football clubs have established a presence on Sina Weibo, a Chinese version of Twitter. Among these clubs, 10 from the Italian Serie A, seven each from the Bundesliga, Spanish La Liga, and English Premier League. For example, by 2015, German champion Bayern Munich opened a store on China’s largest online retail platform Alibaba The club with nearly 90 million fans in China, sold a variety of fan merchandise ranging from genuine apparel for men, women, and children as well as other goods including traditional German and Bavarian products of the football team in the store that is set up on Tmall, the business-to-customer platform of Alibaba.

It’s very important for every Football club to build a strong E-Commerce ecosystem in China. In fact, Chinese fans search for every piece of information or news about their favorite club Online and they will very happy to know that they can directly purchase their favorite sport or club equipment online.

What is the new opportunity for foreign football Players?

The Chinese president Xi Jinping wants to boost the profile of the Chinese Super League. China has a growing middle class; the consumption habits are more and more sophisticated, with a huge appetite for social media. The football industry in China faces many challenges but also has great potential. Despite the absence of powerful domestic football player, European football club and professional football education in China is full of business opportunities

What is the Top Chinese Sponsor?

Huawei decided to invest in European clubs such as Arsenal, Paris Saint-Germain, and AC Milan. The Wanda Group, a Chinese property developer and cinema operator, which in March acquired sponsorship rights to all FIFA competitions until 2030. West Bromwich Albion, Aston Villa, and Wolver Hampton Wanderers are the most recent clubs to attract Chinese owners. There are a lot of Chinese powerful football clubs such as Shanghai SIPG, Tianjin Quanjian, Jiangsu Suning… In 2014, Alibaba Group Holding Ltd., led by founder Jack Ma, paid 1.2 billion yuan ($193 million) for owning 50% of the Guangzhou Evergrande soccer team’s share.

Over the past year, transfers like Shanghai SIPG’s deals for the Brazilian duo Oscar and Hulk who is cost 60 million euros. Moreover, after having seen Tevez and Ezequiel Lavezzi signed to deals worth £650,000 and £798,000 last year. Players such as Hulk are expected to create a buzz, inspire children to play soccer, and bring new fans to stadiums and screens.

Players such as Hulk are expected to create a buzz, inspire children to play soccer, and bring new fans to stadiums and screens. China’s Football Association announced that any club that pays more than $6.63 million for a player transfer must pay the same amount to a CFA youth development fund.