Food scandals in China, an opportunity for imported products! 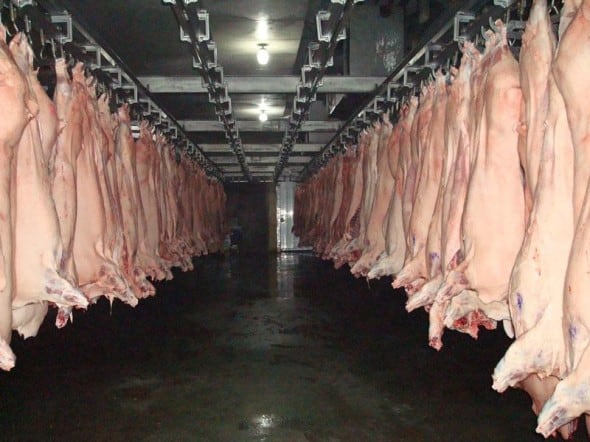 A new food scandale in China

The chinese media revealed two weeks ago that 100 000 tons of outdated meat were seazed within the framework of a national crackdown campaign. Some of the seized lots were more than 40 years old. According to the policemen who proceeded to the search, a nauseating smell was coming from the premises in which were cramed  chicken wings, pieces of beef and pork. The oldest pieces would have been packaged when Mao tse Toung, founder of the Chinese republic, was still alive!

This trafic of outdated meat would be conducted by organized bands. 14 of those bands would have already been dismantled on the cinese territory during the campaign led by the health authorities last june. The stocks would be transported through border areas with Vietnam, regions where they can avoid scrutiny.

According to a recent survey, 77% of the chinese people would consider food security as the national priority. No suprise, considering the serial food scandals the counrty had to deal with during the past few years. 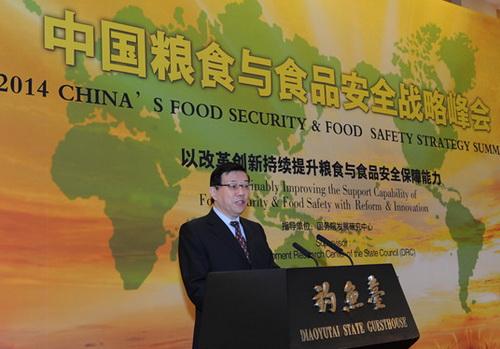 The doped pigs of Shanghui 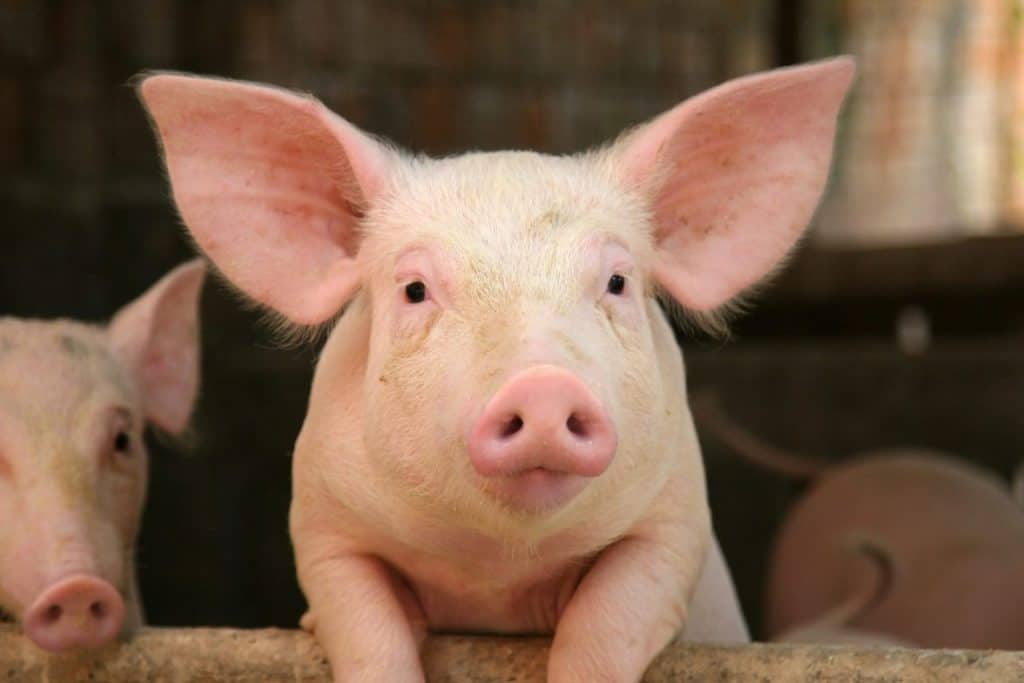 By the end of May 2011, clentuberol was found in products from Shanghui, first chinese producer of porc. This chemical substance originaly intended for vet use is a doping agent that change fat into muscles. For consumers who ingest it, clentuberol can induce palpitations, nausea and insomny… About a hundred people among which official were arrested within the framework of this case. China already had to deal with a similar case in Shanghai in 2006, and latter in the province of Guangdong in 2009. 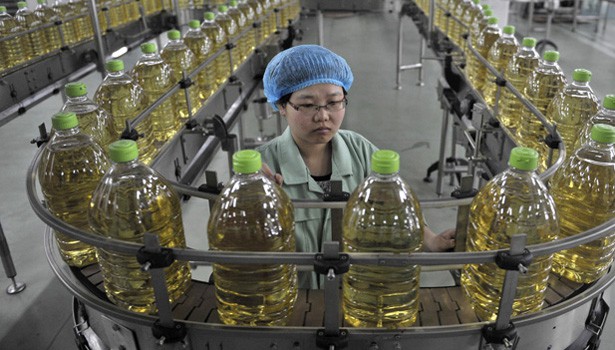 32 people were arrested in September 2011 for saling as alimentary an oil that was recycled from the swill collected in the gutters behind restaurants. This oil would represent 10% of the alimentary oil in circulation. More than 100 tons fo recycled oil have been seazed. According to the experts, more than 3 million tons would be in circulation in China each year.

The floating pigs of Huangpu 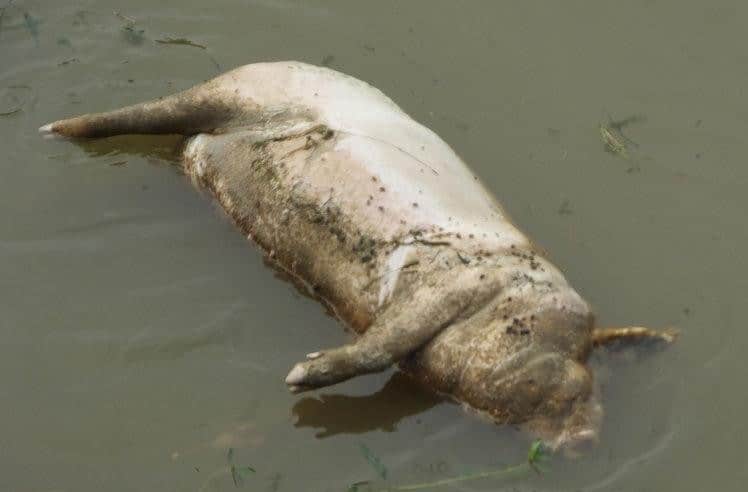 In March 2013 more than 16000 dead pigs were removed from Huangpu, the main river of Shanghai. This river provides 22% of the watter consumed by the 23 million inhabitant of the megalopolis. The pigs would have died from the so-called porcin circovirus. But in the end it was impossible to find out who was responsible for it and this case reminded the 2012 one, in which mafias were buying corpses of pigs dead from diseases and selling them as fresh meat….

The toxic rice of Hunan

In April 2013, a survey conducted in the province of Guangdong revealed that 44% of the rice contained a quantity of cadmium that was above the legal norm. Cadmium is an heavy metal among the most toxic substances list established by the Program of the United Nations for the environment. This rice would be produced in Hunan, where rice fields are contaminated by the surounding mining industries. 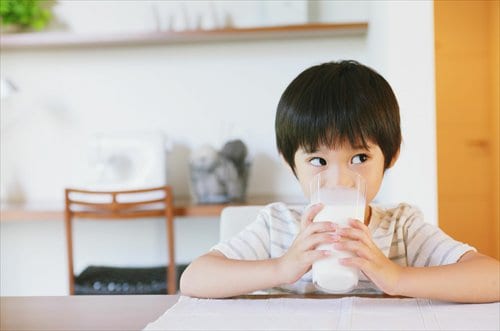 In Jully 2013, Fonterra, first dairy products exportator worlwide gave public appologies after the diffusion of milk contaminated with a botulic toxine was revealed . The group provides pouder products included in the making of baby food. This case awakened old fears; in 2008, milk contaminated with melanine caused the death of 6 babies, and more than 300 000 others were poisoned…

A chance for importers

Between ineficient sanctions and a wobbly administrative system, the polemic is only growing and chinese consumers are more and more suspicious concerning the quality of the food they buy. And they trust less and less local producers…. which is a chance for importers.

Furthermore, wages have been on the rise in China and from now on, chinese consumers are ready to pay more to provide their familly with imported food, supposed to be safer. 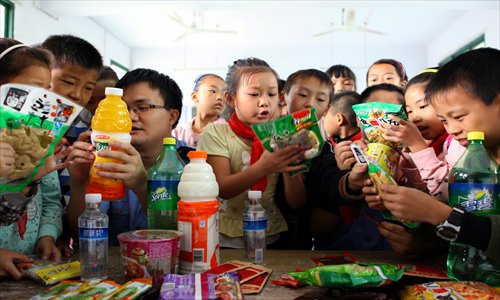 Adapt to the market

But an implantation in China has to be prepared. The chinese food market is not the same as the european one. The cultural gap has an impact on what type of products the chinese people will or will not consume, and also on the kind of message, commercial, brand image, they will be sensitive to.

Before any implantation, a market research is needed, in order to decide on the branding and adapt the product and the marketing strategy in order to attract chinese customers. And the composition of the product and the packaging are even more important that chinese customers consider importated products as luxury ones. They are ready to pay more, but they are also quite demanding.

To get people to know a brand, it is essential to adapt the communication strategy. First the content has to reflect the brand image, but the media chosen to spread it is also important. One thing you have to know if you want to conquer the chinese market is that chinese people are always conected, would it be on their Smartphone, iPad or computer. They buy everything online and spend about 10 hours per week on social networks where they share opinions about the product they bought. Though, e-reputation is essential when it comes to China. And so is the digital strategy needed to make it! But to make it efficient, you have to get familiar with the chinese network, which is very different from the rest of the world because of national censorship.

A good e-marketing strategy would include the 3 following key points: 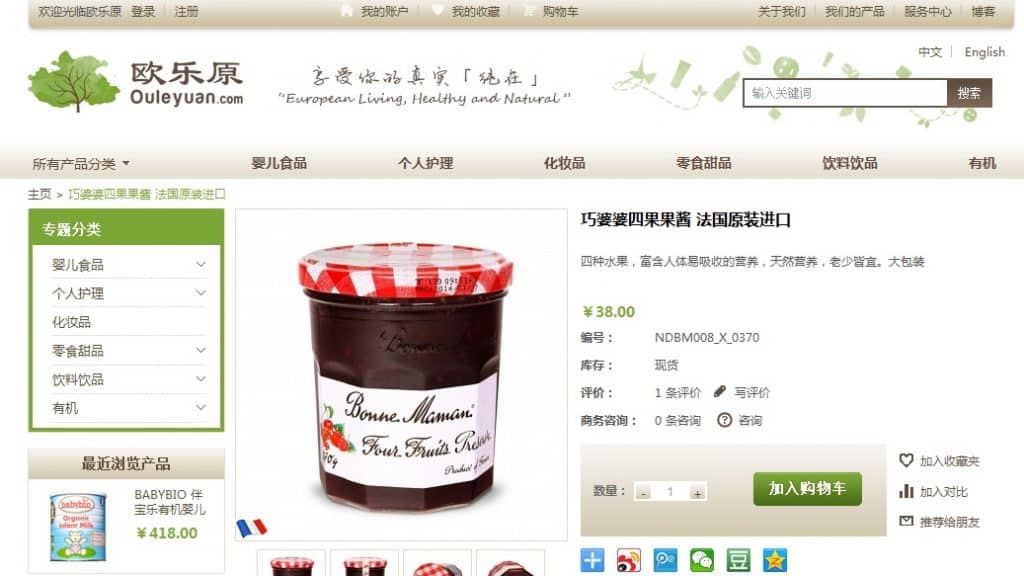 If you want to know more about digital marketing in China click here.