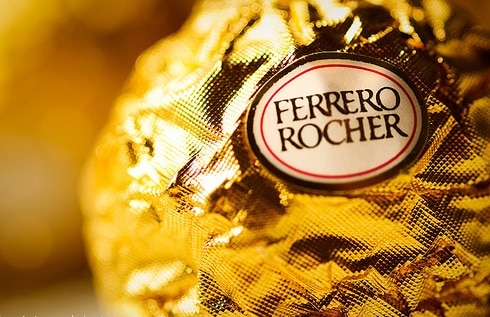 In this article we will introduce you the brand communication of Ferrero Rocher in China: what he does good and what he does bad. 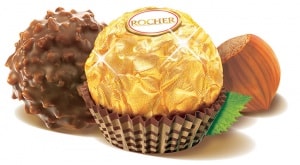 It’s true that Ferrero Rochers are made and designed exactly in the same way worldwide.  But it is as if  Ferrero Rocher  has been  designed to suit the tastes of Chinese consumers:

Victim of its success

Here is a picture showing copies of Ferrero Rocher in China. 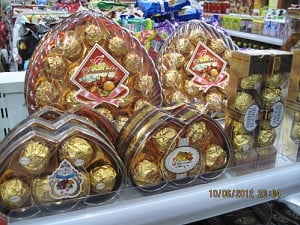 Because Ferrero Rocher has a already built a good brand in China, many companies want to take use of it. Usually those competitors of Ferrero are lower in price and sometimes with a more attractive package, containing more chocolates inside. This picture shows it clearly: in comparison with false packaging with heart-shaped the rectangular package  by Ferrero Rocher legitimate brand seems ridiculous.

This is a huge problem when it comes to the Chinese market where gifts are so important! Many Chinese don’t know enough how to tell the difference between fake and real Ferrero Rocher. They will probably stop buying Ferrero if they taste low-quality copies.

In 2008 Ferrero won a 5 years trial against a Chinese company that manufactured imitations of Ferrero Rocher. Montresor company had to stop production and pay € 42 000 to Ferrero.

But Montresor case was only a drop in an ocean of counterfeits.

To limit its huge expense of paying legal service, Ferrero Rocher should  shift their budget in marketing to enhance brand image.

Ferrero Rocher as a brand is not well known by Chinese

While  most Chinese are familiar with the product (And especially the beautiful round shape in a gold wrapper) they don’t know quite well the brand making the famous hazelnut praline  contained in a chocolate cover.

Ferrero is the second chocolate brand in China but is way less recognized as Dove.

A video for the 30 years of the brand Ferrero Rocher

A TV campaign for the storytelling of the brand

For Christmas Ferrero Rocher has launched a website dedicated to the operation “gift Ferrero” to encourage consumers to send e- greeting cards customized for their loved ones. Participants will have the opportunity to participate in a lottery to win a Ferrero luxury gift box wich will  be given to those who received the card by a beautiful girl or handsoem guy from Ferrero. 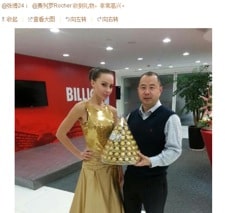 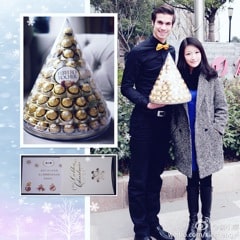 Most TV emphasize the history of Ferrero Rocher for this Christmas  operation which corresponds to the expectations of Chinese  for gifts and premium chocolate .

Ferrero has also improved its packaging for the Chinese public:

What’s more, you can choose to do it yourself as some Chinese did and make your own Ferrero Rocher gift bag 😉 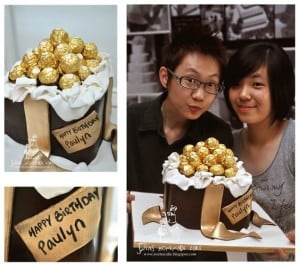 A weibo account ferreroshop relays the story telling of the product:

Chinese will like to learn recipes and stories about the quality of the raw materials used to make the product. Ferrero as many imported products is positioned as high-class food products.

Conclusion: the brand Ferrero is trying to catch the bus in terms of digital communication. Ferrero is in a phase brand’s image building.

But Ferrero is still far from the brand Dove , which can allows itself to have a communication that is more focused on consumer engagement. Ferrero has to consolidate its brand reputation in order to subsequently engage in communication strategies on social networks more innovative and qualitative.

What about you ? What do you think of Ferrero’s communication in China ?