Why is Evian so expensive in China ? 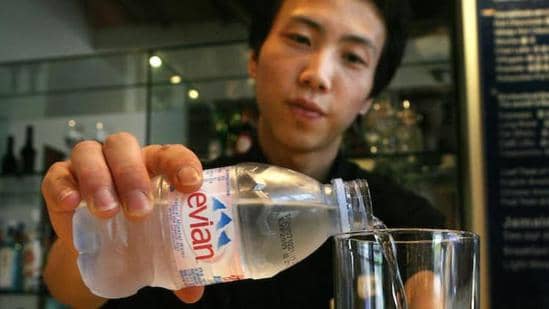 In this hot summertime, let us discuss a refreshing topic today. For those who are interested in China’s water market or marketing to China, this article will suit your need.

The China’s water market has been increasing at a rapid pace for years, with an average growth rate between 5% to 12%. As for food safety, water safety is also an important concern in China because of water contamination happened in the past. Nowadays, Chinese chose to drink boiled tap water or bottle water instead of using a home water filtration system. Because of the mistrust over water safety in China, the market has grown steadily to become the world’s biggest bottled water market.

Evian, the “Hermès among bottled water” in China

China’s booming beverage industry also attracted a lot of international brands such as Coca-Cola, Danone, and Nestlé. Evian is definitely sitting among the most popular products. The imported product from France is considered as high-end water in China.

How does Evian became so high end in China ?

Some Chinese forums provide this type of explication: “European and American people like to tell stories of their product. Evian Water is no exception.”

To present it quickly, the source of Evian water in the Alps was first discovered in 1789. There was an elder aristocrat who drank it and healed kidney stones. Napoleon III and his empress were also fond of the water, naming in 1864 the town as “Evian” (“evua” means water in Latin). In 1878, the French Academy of Medical Sciences formally confirmed that Evian Natural Mineral Water is beneficial to human health. More important, it is said that Evian water can enhance skin elasticity and beauty, this unique reason can be a great marketing weapon today among Chinese women consumers.

In order to further enhance brand awareness, many brands will choose to collaborate with internationally renowned designers. Evian takes care of its appearance and also often does this. Since 2007, Evian has brought “fashion” into the water industry …

Chinese people rely a lot on a product’s appearance to make their purchase or not. Brands can play on their product design and packaging to make a difference from competitors and attract consumers’ eyes. Also, it can indirectly increase the sharing on a social network if the design meets people’s tastes.

Evian has never “slacked” in advertising creativity. While Chinese people began to realize the importance of healthy eating, Evian had already grasped the positioning of advertising campaigns early on — health… and high-end. It suits totally with nowadays Chinese consumer’s need.

However, in China, advertisements for Evian are in fact rarely seen, but its several soft implants can still attract consumers’ eyes. For example, in the popular Chinese drama “Ode to Joy”, many water bottles that Andy (one of the main characters) drinks are shown, all of them are Evian water. Andy has a high income, high social status, viewed as a super-wealthy and successful woman in the drama, matching with the image of Evian in China.

Evian is an imported product from France. Chinese consumers have indeed a huge appetite for foreign products, considering them as a quality product. The increase of revenue, development of e-commerce have contributed to leading consumers to these foreign products, more expansive but also more attractive.

Some advices for entrepreneurs

To summer, marketing to China relies a lot on your brand reputation and Chinese consumers’ image of your brand. You have to know clearly what are your target consumers and how are you positioning your product on the market. There are also 2 advice to launch your business in China :