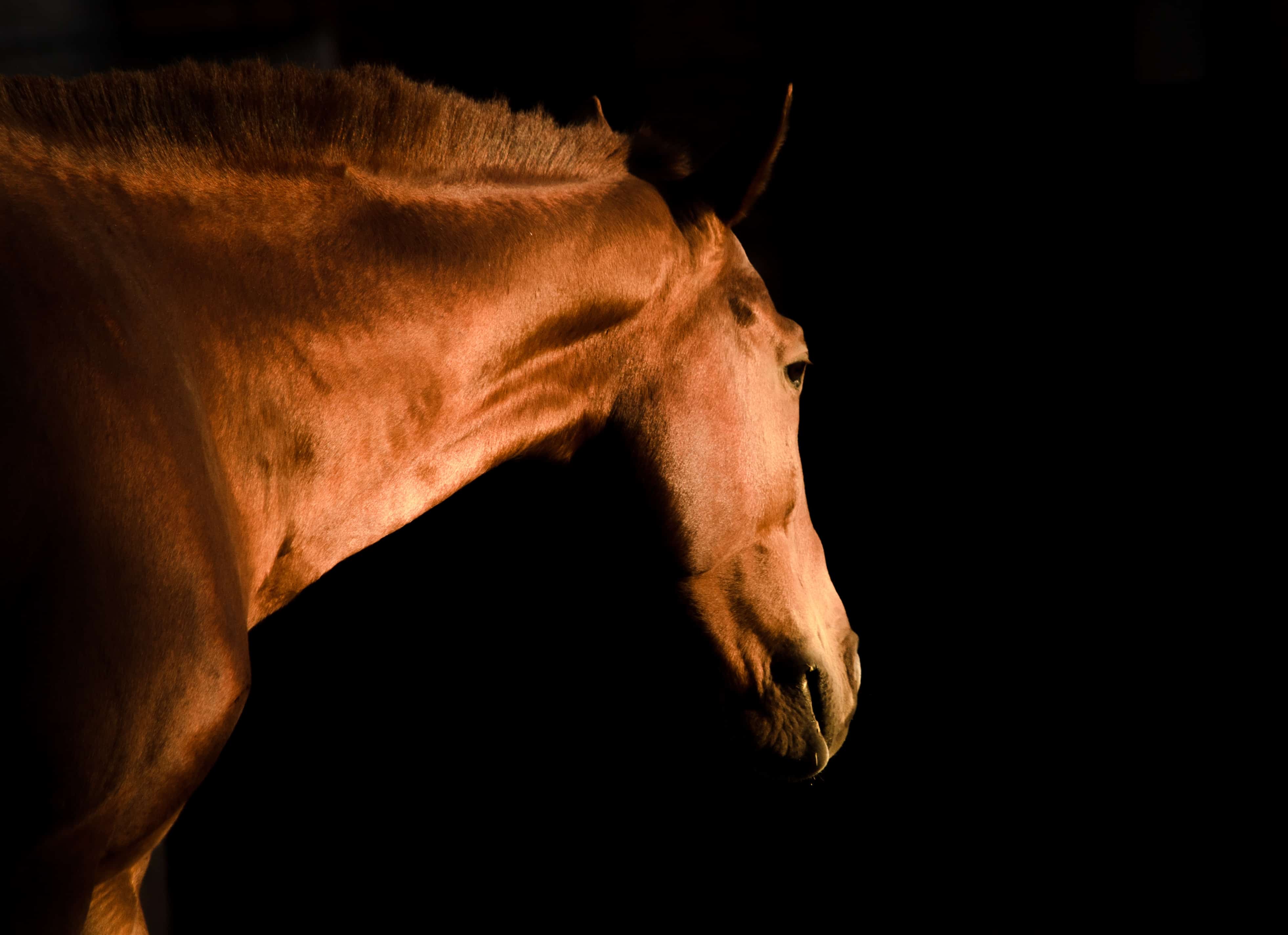 Equestrian tradition in China dates back several millennia, when chariot conducting standed as part of the six arts that young Chinese nobles needed to master under the Zhou Dynasty (1122-256 BC). Horse polo was a discipline practiced during the Tang Dynasty, evidence of which can be traced back to ancient times in Central Asia. Many sculptures and dated paintings representing polo players and warriors on horseback were found, not to mention the famous terracotta army of Xi’an which includes in its ranks riders and war chariot. 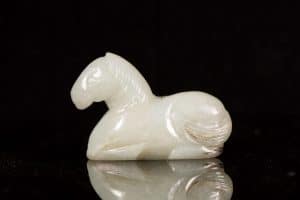 However, horse is more likely to be associated with Mongolian steppes and Tibetan equestrian festivals than on mainland China, an image coming from the virtual absence of equestrian culture for several centuries; horse were mostly used for agriculture or for its meat consumption. The Mongol incursions in Chinese history did certainly not gave this animal a symbol of national strength, even though horse is one of the twelve signs of the Chinese zodiac. Some local breeds are now registered. They are mostly rustic ponies like the Sichuan Jiangchang and the Xinjiang Bailikun, or old draft horses whose morphology evolved by intercrossing races since the 50s, like the Heihe horse from the eponymous region.

The Olympic Games 2008 with its equestrian part helded in Hong-Kong made the Chinese people rediscover horse riding as a sport. It raised a new interest with the participation of the only rider wearing national colors: the talented Alex Hua Tian, ​​currently the only Chinese rider to qualify for the 5* international competitions and notably present at the Lexington World Equestrian Games in 2010 and the Gucci Masters 2012 in Paris. On that very same year, the Paris Horse Show received Mr. Wang Jiyu, Chinese Horse Industry Association General Manager, expressing his wish to develop horse riding as leisure and competition in China. Since then the horse market has grown exponentially around the big cities … with the pedagogical support of Western countries, for a nation where everything is to relearn. 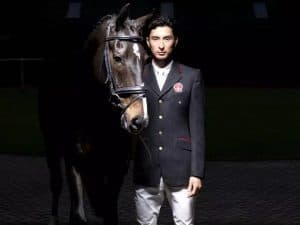 Different partnerships have thus been sealed in recent years, from the sending of experienced French instructors to coach Chinese instructors to the importation of purebred horses. Equestrian centers have opened close to major Chinese cities such as Beijing, Shanghai, Chengdu, Guangzhou and Shenzhen; the China Equestrian Website, national equivalent of French Equestrian Federation (FFE), currently counts more than 500 clubs in all provinces.

Because local breeds are too small for adult riding, Chinese horse centers have massively imported the world’s best horses of each discipline – the French Saddlebred and Hanoverian horse for mixed disciplines, the Quarter Horse for Western riding, the Argentine criollo for horse polo and even the Akhal-Teke from Kazakhstan for running. Other breeds have also been imported for breeding such as Percheron and Trotteur, aimed at improving local breeds to produce a 100% Chinese sport horse. 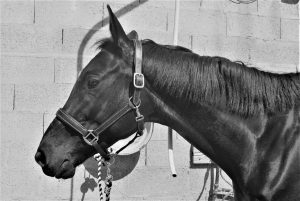 And that’s not finished: China organizes each year its own horse fair, the Beijing China Horse Fair – its 12th edition will be held in October 2018 from 17th to 19th – and two appointments for the world elite of the 5 * jumping, both sponsored by Longines: a stage of the prestigious Longines Masters in Hong Kong – scheduled this year in February 2018 from 9th to 11th – and the Longines Global Champions Tour in Shanghai.

Horse, symbol of prestige and luxury

In a context of fast-growing economy, horse riding became a part of society’s access to leisure as an import of Western culture – as we can not forget, the high majority of saddle horses in Chinese equestrian centers are imported from Europe and America. A true soft-power, horse appears then as an exotic material good that gives face to its owner, as well as a spacious car or designer clothes. Chinese businessmen understood it and regularly use horses as a marketing tool to give their products an aura of prestige and luxury.

This advertisement on the Shanghai subway poster in January 2018 uses the typical image of the Hollywood cowboy riding in the green pastures to promote a ‘Deluxe’ milk product. 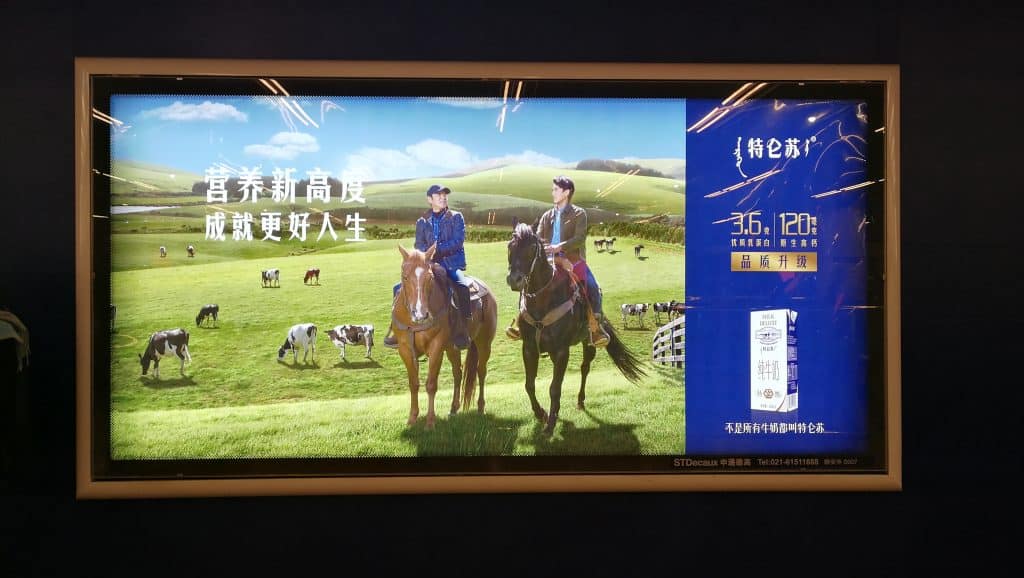 In order to increase their face, Chinese consumers willingly display their wealth to define them a higher society rank. At the same time, China is becoming an attractive market for luxury brands producing equestrian equipment, both for the real need for material supply and for its constant search for social value.

A horse, my kingdom for a horse!

Leisure riding in China remains an elitist discipline because of its high costs and is therefore practiced by well-off urban dwellers. As well as skiing, adherents are not regular practitioners. Despite the diversification of the demand, customers are more demanding and take example of the many equestrian disciplines learned abroad. 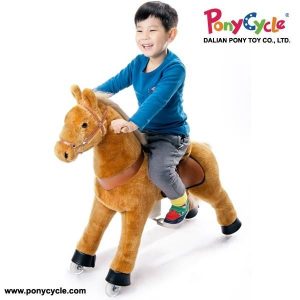 The prestige granted by the practice of riding particularly seduces parents looking for an extracurricular activity for their only child, launching the creation of dedicated pony clubs and new issues, such as the urgent need for Shetland ponies for toddlers while the import was so far concentrated on the saddle horses. The safety of unique children is a constant concern. Manufacturers of protective riding jackets and helmets have opportunities to exploit in the sportwear clothes market for children.

Western riding suits are not necessarily adapted to the morphology of Chinese riders; Europe retains its legacy of Hunter and jumping dress traditions and still favors white or beige trousers with black, navy or bottle green jackets with a bit of military rigidity; when in China red rhymes with success, green with infidelity and white associated with black with death, the color codes of exported riding suits could be reviewed.

With this craze for the horse induand this need for Western expertise, entrepreneurs are spoiled for choice.

Need some advice to extend your business to China ?

Gentlemen Marketing Agency is a specialized agency in digital marketing. Our experience allows us to guide you step by step during your project development.