Douyin vs Tik Tok: What are the Key Differences Between Chinese and Global Tik Tok Apps? 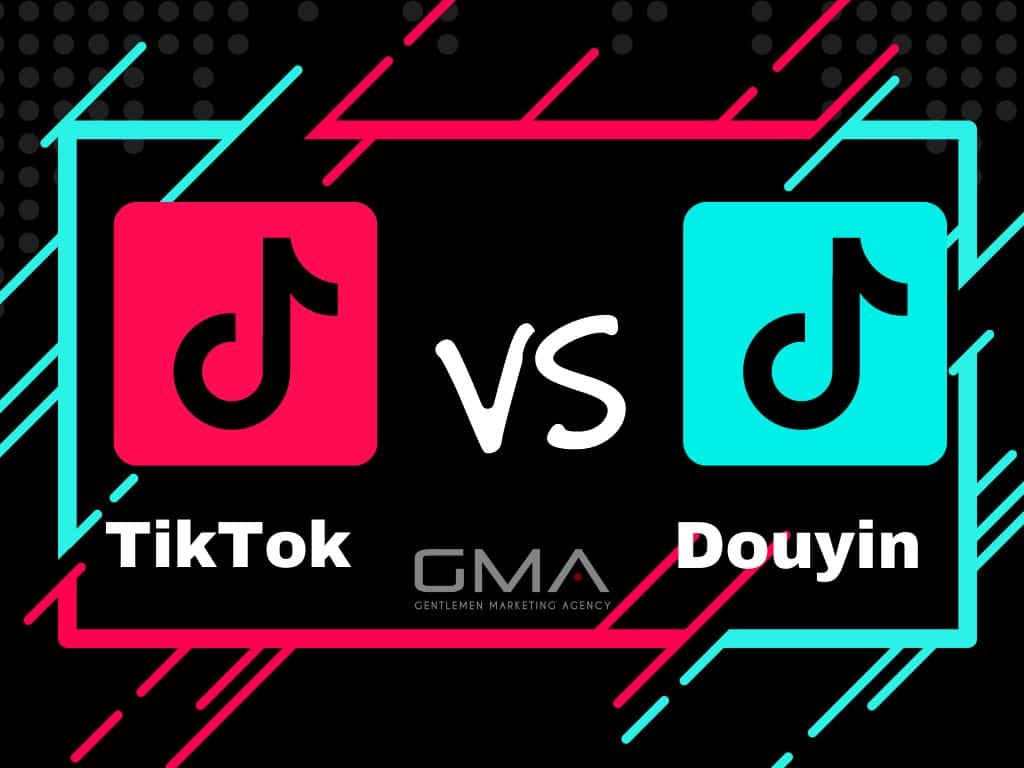 Douyin and TikTok are both made in China and are the two versions of the same giant social media application. While Douyin is the original version of the app, the rest of the world only talks about the international version: the triumphant TikTok.

In this article, we will talk about the key differences between Tiktok and Douyin as well as the similarities between the two versions of the app. We will also give you tips and tricks to use Douyin more effectively for your marketing purposes.

Douyin and TikTok are two apps that enable the audience to develop & share content. Douyin and TikTok users share videos as well as live streams adding entertaining special effects, audio, and music to their content. While Douyin and TikTok are both video-sharing platforms, they differ when it comes to functions, offerings, and global positioning. Most of the differences, yet, are somewhat market-driven.

It’s important to understand that the Chinese and international version of the app are two completely separate entities. Although Douyin is the mother app, they now are two separate apps and are not linked together. Douyin can be downloaded only in Chinese app stores, while Tik Tok is accessible worldwide.

From a social media marketing viewpoint, the main ways that Douyin and TikTok differ are due to the preferences of users in each market. User content, in-app functions, and brand marketing techniques are influenced by what people want to see on each platform.

The Douyin app is only accessible and downloadable by those located in Mainland China via the China App Store. Chinese Tiktok is the default app for Chinese consumers, while in the West it’s impossible to download the original version of the app. TikTok is accessible and downloadable for overseas Google Play Store or Apple Store users. Both apps also have very different registration processes.

Creating two independent versions of the same app was a pretty wise move by Bytedance -the creators and developers of TikTok/Douyin.

Bytedance separated Douyin from the rest of the world for a reason. The Chinese government content regulation would not have permitted it to expand beyond its borders. If Douyin allowed video content from out of China, around the globe, then they would get blocked in China in an instant.

While Douyin and TikTok interfaces look quite similar, the actual contents aren’t similar at all. Even when searching for the same search words, different results will show up in terms of the creative content as well as profiles. What can be viewed on Douyin excludes all international content. In other words, any content coming out of China is excluded. The same happens for TikTok. No China-based content is allowed or included.

When it comes to the homepage, the Chinese version of Tik Tok is more advanced, as apart from trending hashtags, banner ads and links to funny videos available on both versions of the app, Douyin also features rankings of top accounts by categories, including celebrities, foreign and Chinese companies and so on, which is a big help for brands.

Douyin vs TikTok also differs in terms of popular content. The most popular on Douyin is definitely educational content, with videos helping to improve skills and grow personally, while on Tik Tok the most popular is narrating videos, which is a great opportunity for artists, singers, and music producers. Therefore, global TikTok is more art-based, with musicians, dancers, and so on, while Douyin is skills and lifestyle-tips-based, with automatic voiceovers with no personal touch.

Douyin boasts a user demographic that is unrivaled by many other different platforms based in China. In its early development phase, the platform was dominated by female Gen Z users. The Zhuoyue crowd, or ‘early adoption’ group as we call them in English, primarily hailed from the most developed cities in China.

However, since then the platform has seen explosive growth. And subsequent drastic changes to its demographics. Now Douyin videos are watched by different age groups, but the majority are Gen Z and Millennials.

Similarly, TikTok started as a social media platform containing dance challenges that attracted Gen Z. However, it has since expanded to cover all different types of content and communities.

Around 80% of Douyin users are young adults between the ages of 18 and 45, with 40% living in China’s more affluent cities such as Shanghai and Beijing. While first-tier cities are interested in finance and economy, lower-tier cities prefer content regarding education, arts, or entertainment. It’s important to note that the biggest competitor of Douyin, Kuaishou, offering similar content, is addressed to lower-tier cities and rural areas.

On the other hand, it should come as no surprise that TikTok is becoming popular among people of all ages. This is one of the differences between TikTok and Douyin. Most Tiktok users in the US are female and fall into the 35-55 age bracket. And when it comes to content preference on TikTok, entertaining content is king.

Another important difference between Tiktok and Douyin is the live streaming feature. This particular live-streaming feature is a great aid for any company that has products or services to sell in China. Users make their payments right in the Douyin store with their Douyin account – they aren’t redirected to another site. With this, short videos, live streaming, Key opinion leader marketing, and in-app purchases often coincide and work well together.

When it comes to TikTok, live streaming is TikTok’s hidden feature that isn’t used as popularly as on Douyin. Users of TikTok lean more towards interacting with their followers rather than promoting objects through Tiktok livestream videos.

Douyin’s in-app store is one of its most defining features. With purchases being only a click away, the store takes advantage of impulse purchases. The products that can appear on Douyin range widely, so many businesses use user-generated adverts and link their products directly to the app.

The KOLs who are most popular on Douyin usually have sponsorships with multiple brands, posting several videos a month that feature the products they promote. This content is usually creative and entertaining. Any foreign Chinese company can collaborate with influencers on Chinese Tiktok.

KOLs usually feature products on their “product recommendation” page but also have links to the Tmall or in-app Douyin store on their profile. Brands looking to increase brand awareness should consider using Douyin. Additionally, brands wanting to use social media marketing strategies to generate sales can take advantage of the in-app purchase feature.

In comparison, the influencers of TikTok have no access to the “product recommendation” feature. They are only allowed to mention the sponsored products in their bio with an attached link.

How to develop a Marketing Strategy for Douyin

Douyin is one of the most popular social media platforms in China and it’s important to know how best to address its users, especially if your target audience is young people. Those people open Douyin everyday to watch videos and look for interesting content, so it’s definitely a chance for your brand if you know what to do.

We talked about the distinct features, interests, and demographics associated with Douyin and TikTok. So, to engage users on these platforms, brands need to tailor their marketing strategy specifically for each app.

If brands target to attract the Chinese audience on Douyin, they must tailor their creative content to the Chinese market’s unique standards. The key to success comes from engaging content. Maybe the audience is looking for fun and entertainment, or they seek more serious content and info. The brands must study the audience, understand them, and finally aim for what they desire.

When promoting your brand on Douyin you must redesign your content and focus on how to appeal to the Chinese audience. Brands must understand Chinese customers’ preferences. They need to make sure that their content is localized specifically for the Chinese market. On the other hand, when marketing your brand on TikTok, creating content that is engaging, and entertaining is good enough. This will encourage users to interact with your brand more frequently.

Use all the features effectively

Contact us to start promoting your brand on Douyin!

To have an official and verified social media account on any given platform, usually, a lot of paperwork needs to be filled out in Chinese. If you do not hold a Chinese business license, the process becomes more complicated.

Are you struggling to find your way into the China Market? We recommend finding an agency to help with these sorts of things. We are an experienced marketing agency located in China. We have over 10 years of experience on the Chinese market.

We can help you set up your brand account on Douyin and use all the features that will contribute to the growth of your brand on this platform. We worked with over 600 brands and many of them wanted us to help them promote their products on this short-video platform.

Leave us a comment or contact us if you have any questions regarding the app and how to download it on the Chinese app store. If you are abroad and would like to have access to Douyin, there are also ways to download it from the overseas apple store. Let us know!