Customizing ‘Disney Land’ for the family in China 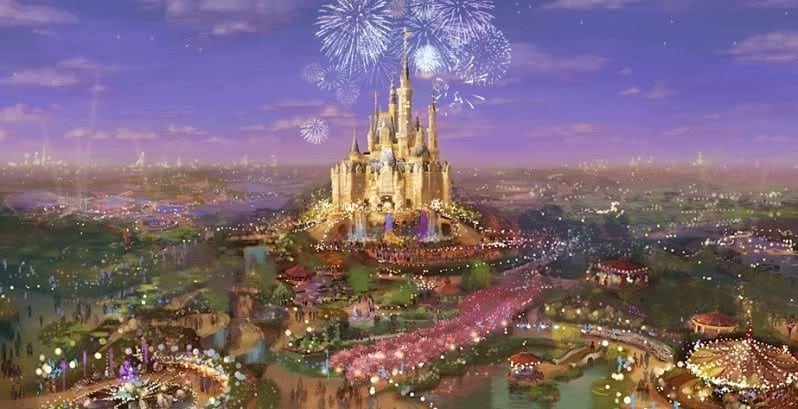 A new resort in Shanghai

The Walt Disney Company won approval from the Chinese state to build a theme park in Shanghai in 2009. This will be the first of its kind in mainland China. The park is close to completion and is due to open in spring 2016.

This development has huge financial and cultural implications. The park is estimated to cost $5.5 billion, making it one of the largest-ever foreign investments in China and Disney’s highest ever investment overseas. This move is testament to the importance and focus corporations are placing on their business operations in China. Disney have praised China as “one of the most dynamic, exciting and important countries in the world.”

The Disney resort, with a mix of shopping areas, hotels and a ‘Magic Kingdom’ theme park is going to spread across 1,000 acres of Shanghai’s Pudong district with space allowed for further expansion. It is being built in conjunction with Shanghai’s local government.

The company’s goal is to create an ‘engine’ that will drive demand among China’s 1.3 billion residents for other Disney products, from video games to Broadway style shows to merchandise and DVDs. Disney has typically relied on the creation of new Disney TV channels to promote its brand abroad however China’s limits on foreign media have made this difficult.

Opening up to such a uniquely American, and permanent, entertainment experience symbolizes the dramatic shift in attitude towards westernization in China which historically has fiercely protected itself against this.

A copy of Western style

It is not merely a case of copying the ‘Americanized’ style of theme park. Efforts are being made to incorporate Chinese stories, history, symbolism and local customs into the resort.

“We are building something truly special here in Shanghai that not only showcases the best of Disney’s storytelling but also celebrates and incorporates China’s incredibly rich heritage to create a one-of-a-kind destination that will delight and entertain the people of China for generations to come,” said Disney Chairman Robert Iger during a presentation at Shanghai’s Expo Centre.

Visitors will encounter a giant glass peony blossom representing nobility and good fortune, the “lucky” cloud patterns painted on spires of the Disney castle (the largest one ever built), and of course traditional dim sum restaurants in the Disney downtown night life area, many details will exhibit these mainland history and customs.“We’re building something that’s authentically Disney and distinctly Chinese,” said Robert Iger. The first mandarin language production of the Lion King broadway style musical will also be shown.

The potential of Disney Shanghai

In May the company opened the world’s largest Disney Store in Shanghai, the mainland’s most affluent, cosmopolitan city. These developments reflect the confidence western firms have in China’s rising and increasingly affluent middle class.

There are a number of distinct challenges Disney are preparing for in China. There are 330 million potential visitors within a few hours drive of the resort, this density of population will lead to very high visitor numbers, peaking on Chinese national holidays. Crowd control and safety are therefore paramount. Queuing times are set to be high so rides are being designed with games and content to stimulate visitors while they wait.

The Chinese have a propensity not to queue so the design of ride waiting area’s has been altered, the width of the line will be thinner to stop people from pushing past others. 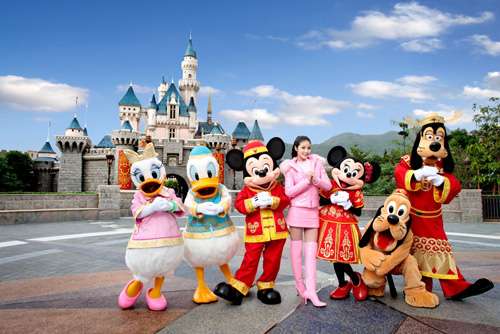 Interestingly because of China’s famous one child policy there will likely be far fewer children in the park than adults. There are often two parents and two grandparents caring for just one child, a ratio of 2-2-1. This leads to a demand for more seating area’s and space for adults. Disney will surely benefit from the aptly named ‘Little Emperor Syndrome’, with just one child to care for children in China are often said to be cherished and quite spoilt with more influence over the family than they traditionally have had. Disney are appealing directly to the Children, to the desires and increasing purchasing power of these ‘Little Emperors’.

The adaptions Disney are making reflect intelligent foresight and a high degree of research into the Chinese market. The doors are wide open for further significant foreign investment, the example of Disney highlights the importance of tailoring that investment (the product itself) to this fascinating, unique and abundant market.