The Collapse of TOPSHOP in Chinese E-Commerce 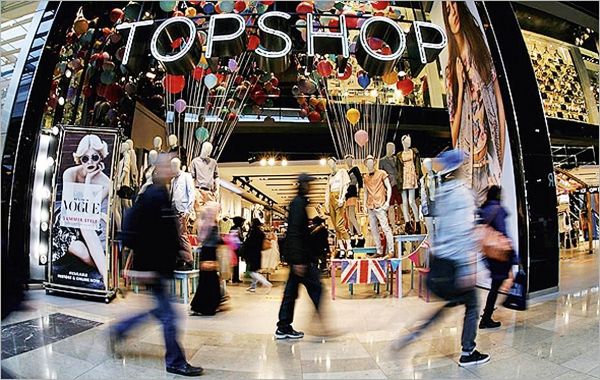 How does the old British brand can adapt to the Chinese market?

The Double eleven haven’t begun this year, and the TOPSHOP closed down.

On November 1, TOPSHOP announced that due to the adjustment of international business strategy, Tmall flagship store will close store in the near future, and the whole store will be cleared from now on. The inventory goods will be sold at the partner Shangpin.com.

Founded in London in the 1960s, TOPSHOP is part of the Arcadia Group, the UK’s largest clothing retailer, and is known as the “business miracle of fast fashion brands”. At least two or three years ago, TOPSHOP was quite able to “play”. As a representative of the high street brand, in the hearts of young consumers who are fashionable and fast fashion, TOPSHOP is not inferior to H&M in terms of design and quality. And ZARA.

In the celebrity street photo, TOPSHOP also has a lot of fans. In 2005, Topshop Unique, the first high-end product line of Topshop, was officially released at London Fashion Week. It also cooperated with designer brands such as 10 Corso Como and Colette, and accumulated fans such as Taylor Swift, Kate Moss, and Madonna.

In 2014, TOPSHOP laid out the Chinese market and settled in Shangpin.com, a global fashion and luxury shopping website, and opened a flagship store in Tmall as its main business. Its peer H&M didn’t wait until 2018 and opened the store in Tmall. By contrast, the pace of TOPSHOP is not slow. However, four years later, the transcripts of the TOPSHOP Tmall flagship store are really unsatisfactory – the number of fans is only 3.2 million. ZARA and Uniqlo established an online store in 2012. Today, the flagship store fans have reached tens of millions of players, with 12.99 million and 14.8 million respectively.

The sooner a foreign brand enters Tmall, it does not necessarily mean that it can 100% win. The key is to operate locally. H&M is a living example.

H&M: a good example of success in China

H&M launched a million fans in one day, and as of today, the number of fans has reached 5.2 million, significantly surpassing TOPSHOP. Magnus Olsson, general manager of H&M Greater China, said at the opening ceremony that “the arrival of Tmall is an important measure for H&M to deploy new retail.”

In 2018, H&M’s overseas network expansion continued to extend to three markets: Indian online stores went online in March; in May, Saudi Arabia and the United Arab Emirates passed franchise; Egypt and Mexico will also be online in the next year. According to H&M’s official website, as of August 31, 2018, there were 4,353 physical stores in the world, including over 450 in China.

H&M is also actively developing and introducing its brands. COS (Collection of Style) is one of the high-end brands of the H&M Group and is known in Europe for its simple and unconventional aesthetic design. According to the Beijing Business Daily, on October 30, a COS official said that in December 2018, the world’s first men’s clothing store will be opened in Sanlitun, Beijing.

Why the British brand Topshop fails so quick in China？

The collapse of TOPSHOP in e-commerce is in sync with the contraction of offline stores. The UK retail industry is sluggish, store costs are increasing and passenger flow is decreasing, and international big-name squeeze market, TOPSHOP sales have declined for two consecutive years. Not only China, but TOPSHOP has also collapsed in other regions. In May 2017, TOPSHOP’s franchisees in Australia declared bankruptcy. Then, several stores in Spain closed.

Also exited the British Marks & Spencer. One of the UK’s largest multinational commercial retail groups entered China in 2008, and in 2012 opened an online shopping platform and settled in Tmall. In the past ten years, Marks & Spencer opened 15 large stores. Due to the lack of localization strategy and the lack of low-profile publicity, in 2016, Marks & Spencer announced the closure of 10 stores in the Mainland. In early 2018, Marks & Spencer closed the Tmall flagship store and announced its complete withdrawal from the Chinese market.

The reason for Marks & Spencer’s failure is also the cause of TOPSHOP’s failure. When Martha announced the closing of the store, there was an analysis that the company “almost made all the mistakes”. One of the most typical details was that until the exit, the most important product division of Martha’s offline store was still in English. British rigorous business, in the fast-changing, the highly competitive Chinese market is easy to become dull and do not know how to work. After TOPSHOP, which British fast-moving brand will learn from the lessons?