Coca-Cola had launched its worldwide campaign of customized bottle in China, but with some local adaptations, demonstrating how to create an effective buzz in the Chinese environment.

Today we propose to explain how Coca-Cola has successfully modified the initial plan of its customized bottles to launch the campaign in the Chinese market and secondly how to use the Chinese social networks to create the buzz about it.

One interesting thing in the Chinese consumption tendency is the growing interest for customized aspect. In a society where the individual interest was reduced traditionally for the organization, consumers like this new opportunity. For such customized product, chinese consumers are ready to pay for it but on the other hand are quite moderate. 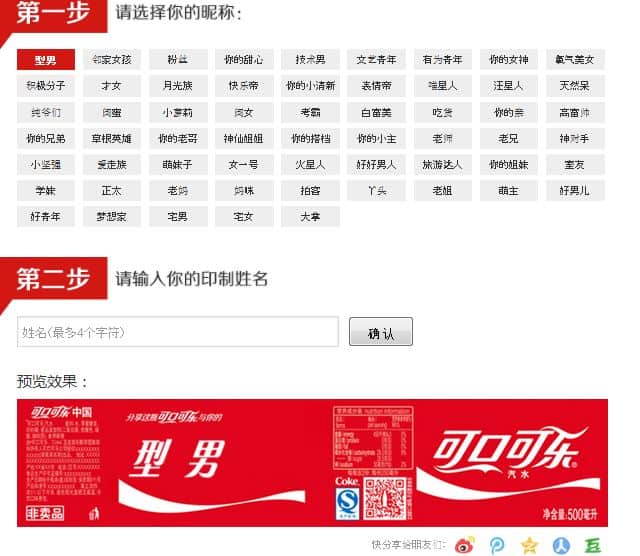 In order to launch its campaign, Coca-Cola has successfully used Sina Weibo. By encouraging people to show pictures online of their bottles and their customization, it has created a buzz exponentially increasing the number of bottles sold. 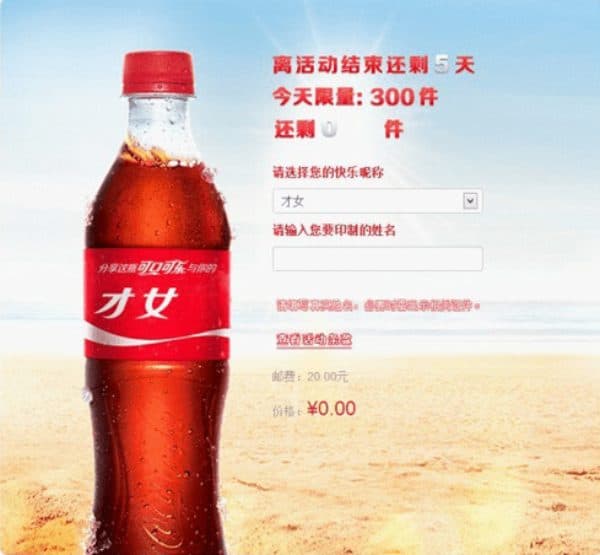 The bottles were charged 20 yuan during the 5 days period to launch the campaign.

After the 5 days period and having successfully get the campaign on, Coca-Cola has then moved the customized bottles to a lottery, with 360 bottles available per day with a partnership with Chinese search engine hao.360.cn and also with the online supermarket Jingdong 京东 who gives another chance to win the lottery with a purchase of a pack of 24 cans.

You can participate to the lottery and may win your customized bottle here.

Obviously this marketing campaign has been already a success, making the brand more famous on the web and increases potentially the loyalty of its customers who would rather not move to another brand of coke-soda.

You can also read Taobao launches its social network