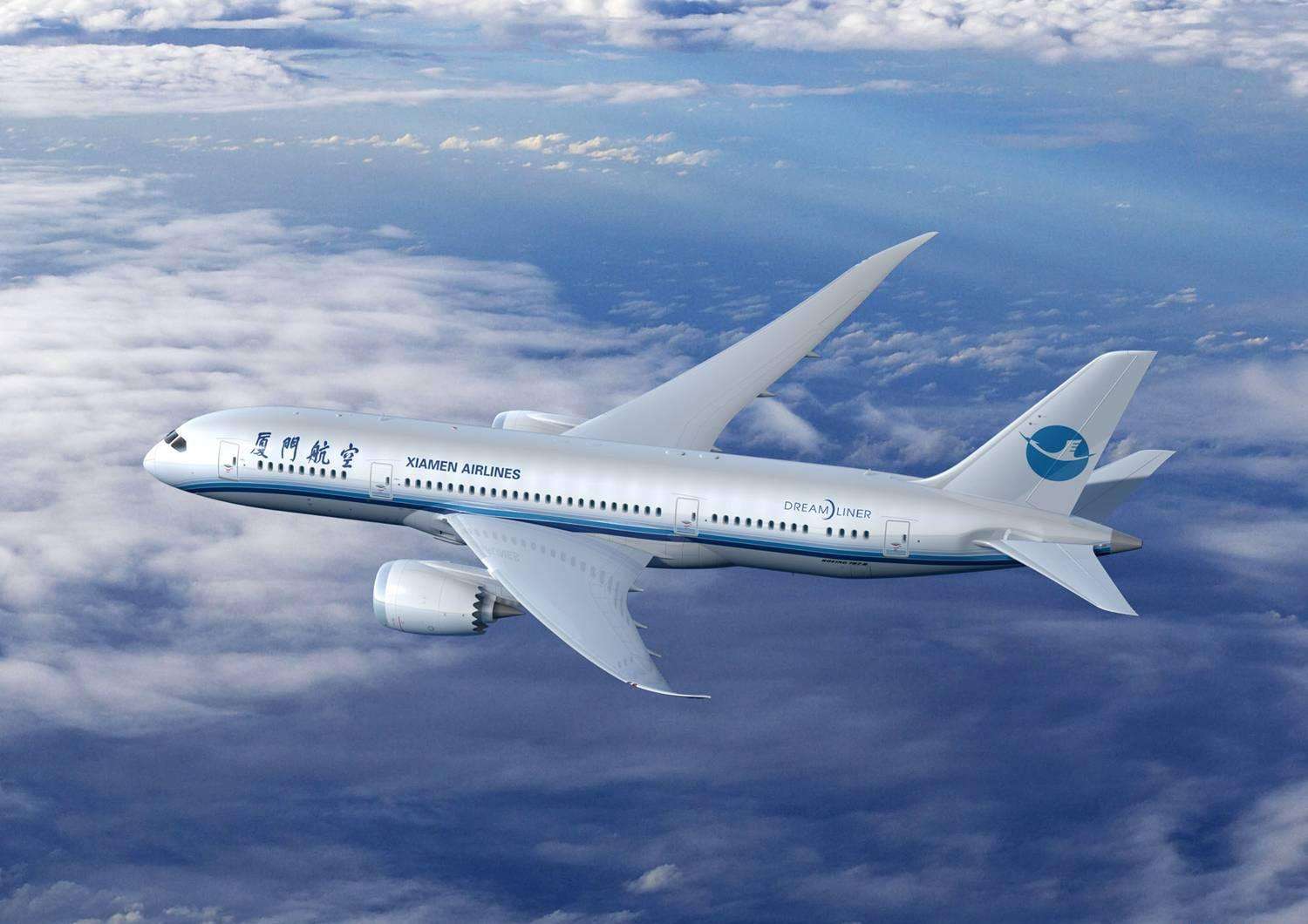 China’s surging aviation industry has been creating great opportunities for global companies, especially for US giants and many companies in the industrial chain. A few days ago, the Chinese company Xiamen Airlines took another delivery from the American manufacturer Boeing Co. This article will provide you some information about the Chinese aviation market, and how to in it. Keep reading or take a look on our services on business development right now.

Boeing 737 max aircraft made its maiden trip for Xiamen Airlines

These two companies have built a special relationship in the past three decades. Kevin McAllister, CEO of Boeing Commercial Airplanes said, “with the delivery of this aircraft, we hope it begins the next chapter of our long-term relationship”. The man also believes that “[Xiamen Airlines], will surely make it profitable”.

China made up 26 percent of Boeing’s commercial aircraft business

Last year, Boeing delivered a record high of 202 new aircraft to China, representing its sixth consecutive year of more than 140 deliveries to the country, according to Boeing China. As Boeing’s global deliveries of commercial aircraft reached 763 in 2017, China contributed to 26 percent.

Now, each one of three Boeing narrow-body 737 family aircraft is made for the Chinese customers.

Xiamen’s Airlines has reached total profits about 1,57 billion U.S dollars (10 billion yuan) and has also celebrated 31 consecutive years of profitability. The Airline was established as a domestic carrier first, primarily to connect the province of Fujian to the rest of China. The company was honored with the title of “The best Airline in mainland China” for 19 consecutive quarters by passengers through the “Airlines Service Survey” made by CARNOC.com. The survey consists of comprehensive questionnaires analyzed by experts.

With the development of China’s aviation sector, the airline started to open new destinations. First to regional Asian destinations and then, it went into an inter-continental expansion including ten transcontinental air routes. The delivery of wide-body Boeing 787 Dreamliner’s permitted the airline to offer long-distance services.

These years, with the economic growth and the improvement of living condition in China, Chinese people are becoming numerous to travel. Also, the growing number of Chinese people who prefer to choose flights instead of railway is pushing Airline companies to improve their abilities to answer consumer’s need.

China has grown in quality as well as quantity in the past 25 years in the aviation market. Tony Tyler, CEO of the International Air Transport Association (IATA) said that China is expected to overtake the United States’ place in this industry, becoming the world’s biggest aviation market in passenger turnover by 2030. By 2034, about one fifth of world’s passengers are expected to come from China, go to or transfer via China.

Tyler also noted that “The impressive achievements [China has made] to date give us confidence that even more improvements are possible”. In fact, he suggests that Chinese aviation industry can improve its services in areas such as reducing flight delays, streamlining new route applications and introducing more effective air controls.

How to enter in the Chinese market ?

Online Reputation is the key of engagement

You have to know that reputation and online presence are two main key to enter in China. Chinese consumers are very connected today and they do a lot of research online. In one way, it is more convenient and in other way, it reassures them when they can learn from other consumers, sharing their experience.  Whether you want to sell a product or a service in China, to get the trust and a good word-of-mouth from consumers is very important. We will propose you one way to cut through Chinese market below, do not hesitate to contact us for more information.

Why WeChat is useful to brands ?

WeChat was at the beginning an app for communication but it has developed a lot of features over years and today it suits with business needs. WeChat is the most popular social network in China and allows brands to grow and to advertise on its platform. Also, it is the way which Chinese consumers are the most familiar with. As we said it before, Chinese consumers are followers of this digital age.

Through creating a WeChat official account, the company can share its information and build its online community. Consumers can share in their network, attract their friends and so upgrading the reputation of the company (KLM has 88,000 followers on his account, increasing between 0,5% and 1% each week).

WeChat enable to guide its users into the website of the company. Or company can manage to interact directly with their customers through group discussions or a private conversation.

KLM chooses to use WeChat for its CRM

KLM has chosen to create a WeChat account as a customer service for Chinese customers. Nowadays, there is more than 1 billion active users on WeChat and this powerful ecosystem was recognized as a beneficial tool for a lot of companies around the world. Other companies such as Air France, British Airways, Singapore airlines, are also ready to make their WeChat customer service on their websites, which will be available 24h/24h.

The service industry in China is going nowadays in a more personalized way through these kinds of social platform in China. Be sure to be up-to-date with the evolution of the Chinese market if you have a project to develop in China.

GMA is your best airlines partners for all company that want to enter in the Chinese market. We have a lot of solutions for you. Don’t think to much or don’t hesitate, the decision is now. We can help you to get tour ROI in this lucrative market.