China to go carbon free by 2060: an opportunity for green energy companies?

Environmentalists have welcomed the pledge by China’s leader, Xi Jinping, to speed up reductions in emissions in the world’s top-polluting nation and reach carbon neutrality by 2060.

Given China’s goal, what opportunities are there for foreign green energy companies?

China toward climate neutrality by 2060

The impact of Covid-19 on international equilibrium accelerates the stages of the Chinese government’s sustainability strategy.

Speaking on video link with the United Nations General Assembly, Chinese President Xi Jinping pledged China to achieve the balance between emissions and carbon dioxide absorption, the so-called “climate neutrality” or “zero emissions”, by 2060. He then reiterated the commitment, already made, to reach the peak of emissions within this decade (and therefore to start decreasing them at the latest from 2030).

It was an unexpected promise, also because the main climate negotiations have been postponed to next year due to the coronavirus pandemic, and no progress was expected. China’s commitment is seen as potentially very important in the fight against climate change, as the country alone is responsible for 28 percent of global emissions.

“The Paris Agreement on climate change paves the way for the world to green and low-carbon development. It outlines the minimum steps to take to protect the Earth, our common homeland, and all countries must take decisive steps to honor this agreement” President Xi said in a recorded video message.

China is not only the largest greenhouse gas emitter in the world, but also the largest energy financier and largest market, so its decisions play an important role in shaping how the rest of the world progresses with its transition from fossil fuels that cause climate change.

The Climate Action Tracker research consortium calculated that, if China is successful, its ambitions would actually reduce the 0.2-0.3 ° C from global warming forecast for 2100, down to around 2.4-2. 5 ° C above pre-industrialized levels. This is still well above the 1.5 ° C warming limit that the signatories of the 2015 Paris Agreement were hoping to achieve, but it’s a step forward.

China has not provided details on how to achieve the ambitious zero-emissions target, but the required action would set in motion powerful geopolitical and economic changes that have important implications for green energy companies. 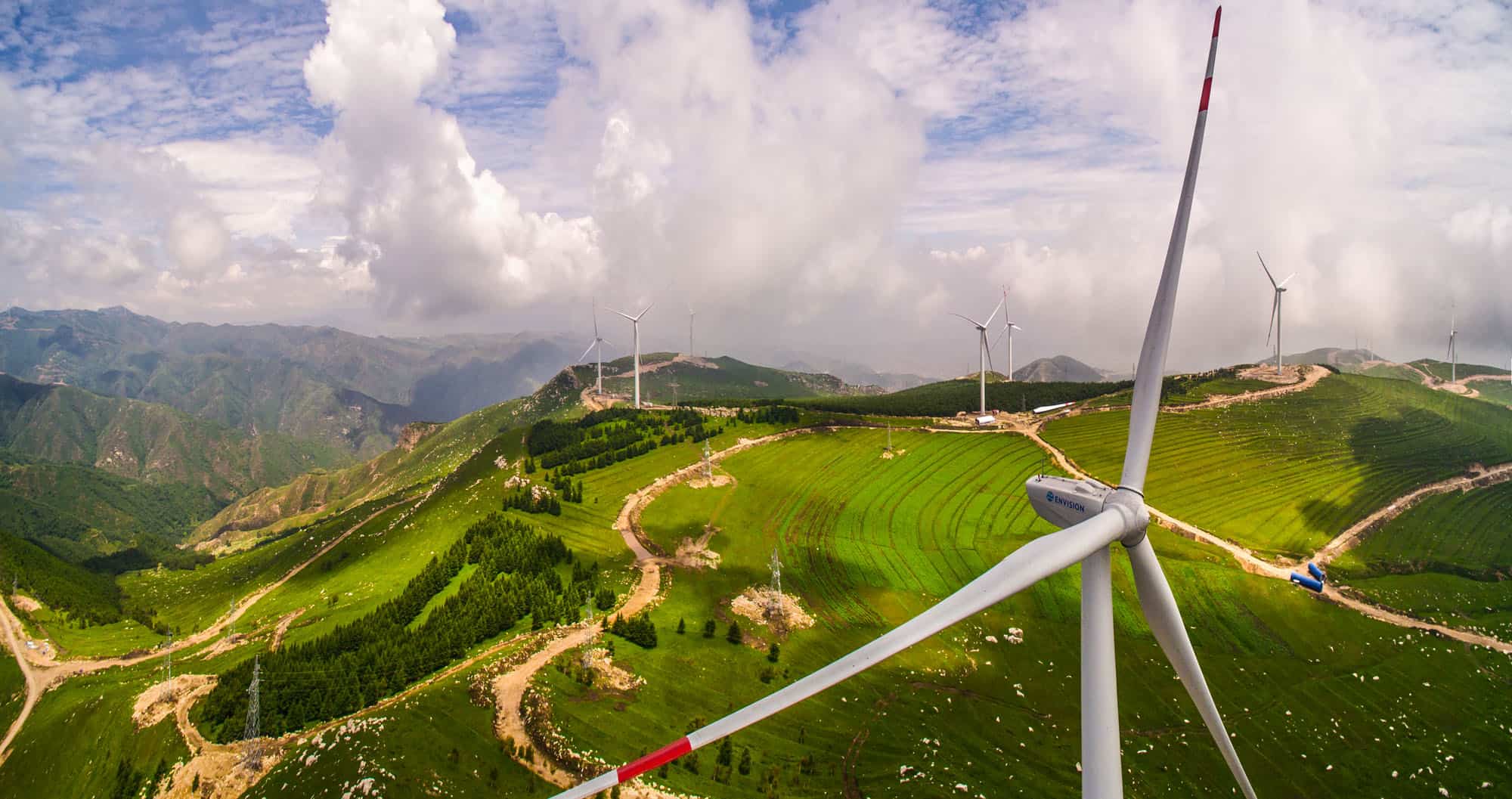 The largest reduction in emissions ever recorded would require nothing less than a complete reversal of China’s existing energy system, which promises to reverberate on global energy markets.

Today, fossil fuels account for about 85% of China’s energy mix and renewable energy accounts for 15%. This would require the world’s fastest growing economy to break free of its dependence on coal and accelerate its investments in clean energy at a pace few would have dared believe was possible.

For this reason, the opportunities for investments in clean energy by foreign companies are significant for achieving the desired goal.

Industrial Securities Co, based in China, predicts that the government’s research into low-carbon energy will focus on renewable electricity from wind farms and solar panels rather than nuclear reactors or biofuel options.

It is estimated that achieving the new goal will require tempting amounts of both. Securities firms have estimated that China would require 80 GW to 115 GW of new solar to be installed each year to meet the target, as well as an annual increase from 36 GW to 45 GW of wind power. This is in addition to China’s existing 241 GW of wind capacity and 180 GW of industrial-scale solar power. 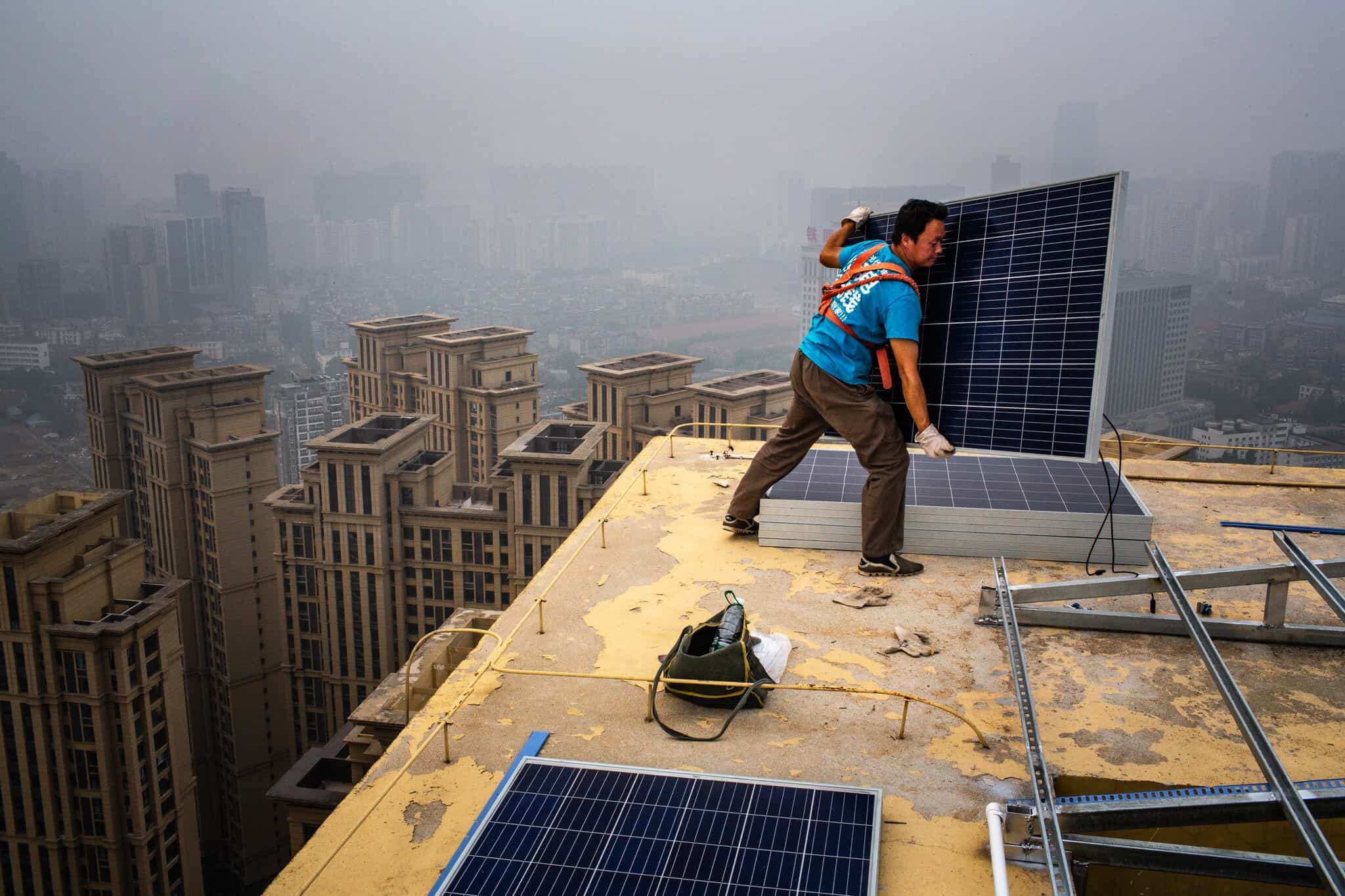 In the first renewable energy ranking for China’s largest Internet and technology companies released in January, companies were ranked based on transparency of energy data, energy efficiency and carbon reduction, use and commitment renewable energy and the influence of government and industry.

In fact, the data centers of some companies, including Chindata, Alibaba, GDS and Baidu, are increasingly powered by wind and solar energy. The procurement of renewable energy includes the installation of solar and wind panels, the direct purchase of energy from the markets or the purchase of green energy certificates.

Chinese tech giants can take the lead in helping the country break free from fossil fuel addiction, which the government has said it is committed to doing.

How can green energy companies invest in China? 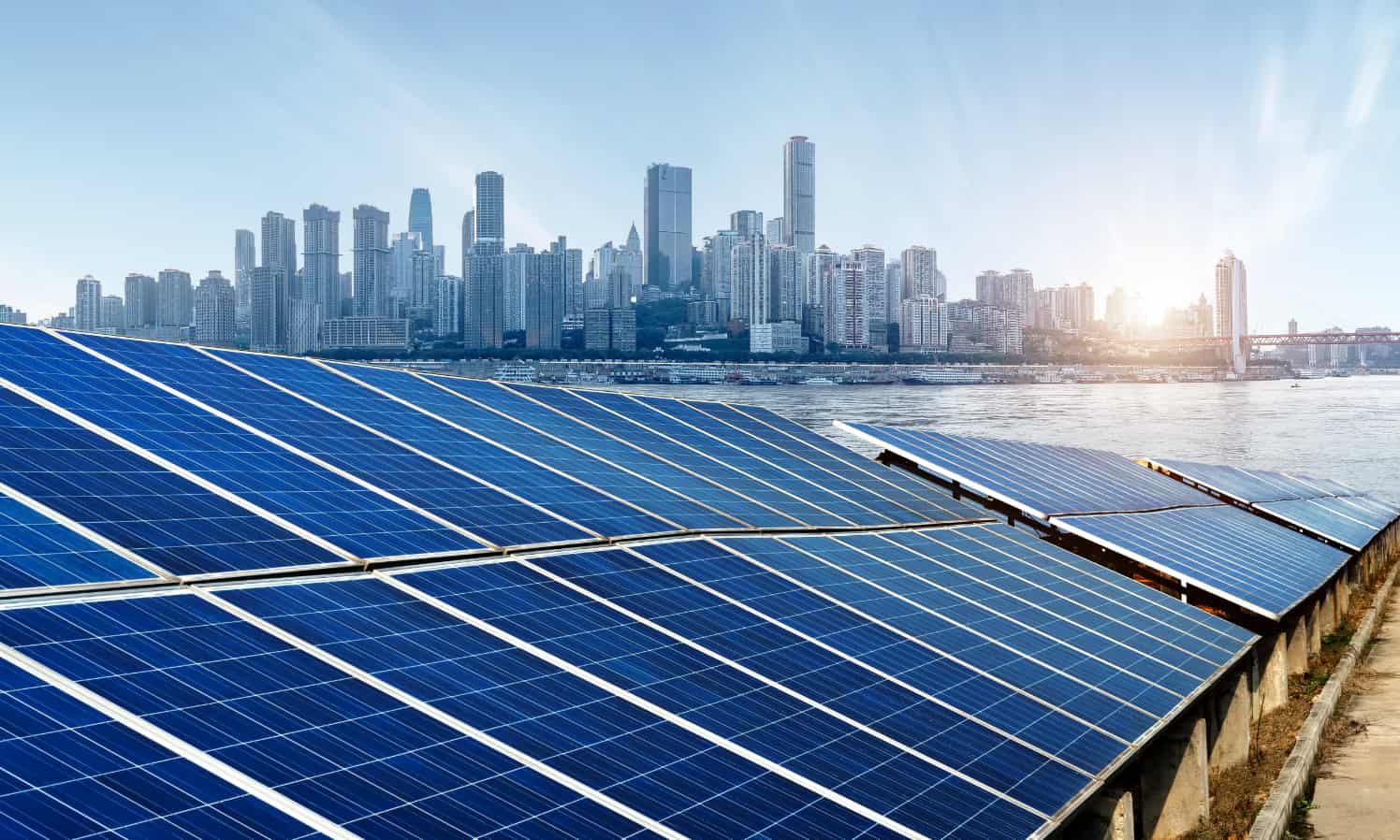 First of all, you need to understand that you will not do anything if you are unknown from the Chinese market. Being a newcomer isn’t a problem, but doing nothing for the brand’s image or reputation is. Because? Well, as you may know, there have been so many problems with fake and counterfeit brands / products, that all Chinese economic players are now very careful who they are dealing with.

The Chinese market is unlike any market you may have experienced before, and your foreign brand image doesn’t matter here. You may need to start over. So, let me give you some tips to succeed in the Chinese market.

Make your green energy company visible in the Chinese market

Let’s start by the very obvious. If you want to do lead generation in China, a website hosted in China with a content in Chinese mandarin is the step 1.

Your website will have to be optimized to rank on Baidu. Simply having the English version of it translated in Chinese is not enough. One the main reason is that your website relies a lot on google systems that are blocked on the Chinese internet.

Baidu accounts for 70% of the researches made on the Chinese internet. If someone is making researches on Keyword you’ve been working one, there are chances that he will find you and check out who your company is. SEO, will not only get traffic on your website, but well done with the use of third-party website increase your credibility online. 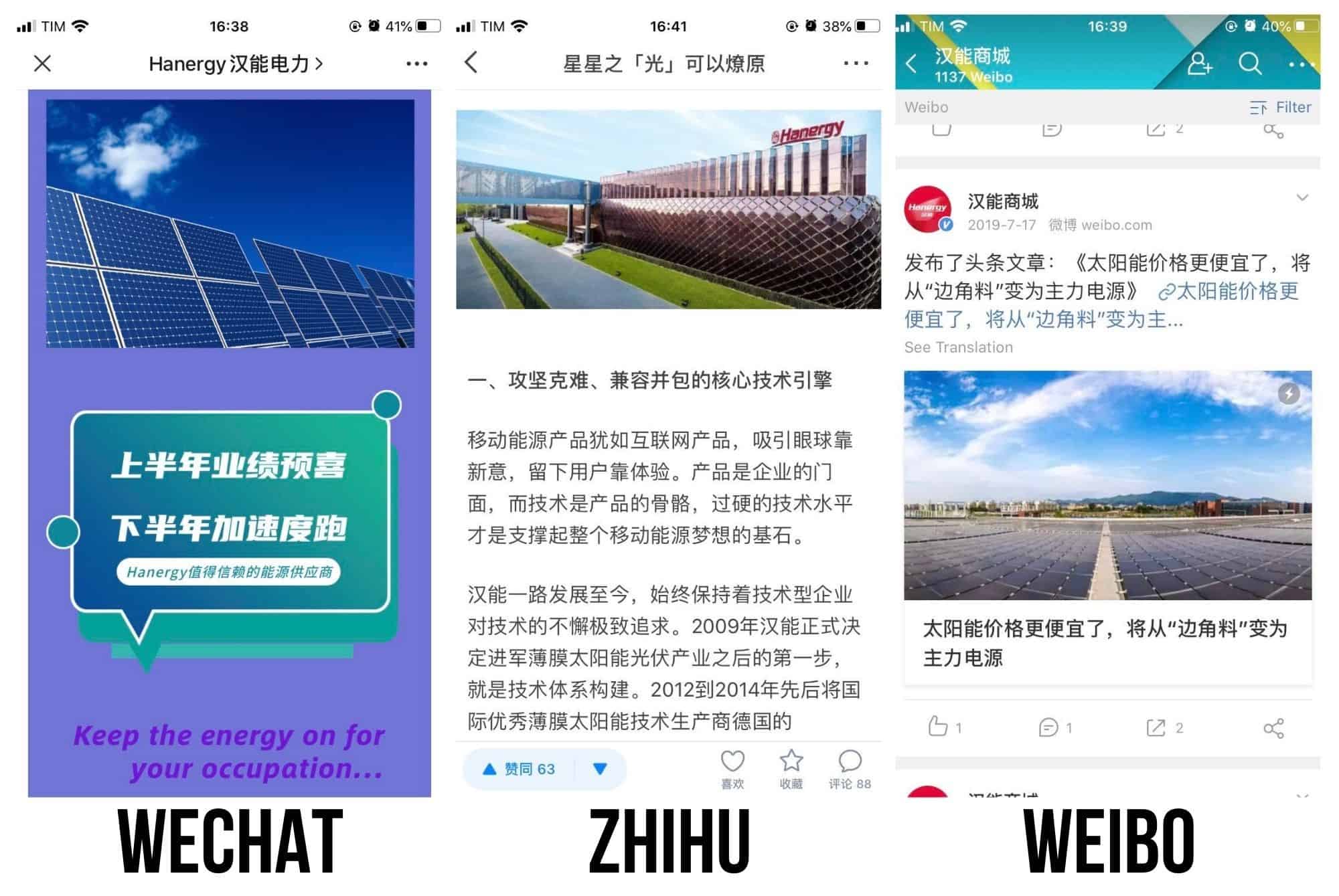 Choosing the right social media to reach your goal is the most important step of your journey. Weibo and Wechat are the best social media for foreign green energy companies.

Word of mouth and big communities are at the heart of the Chinese internet and it would be idiotic not to benefit from it. We will help you create and manage an active community on social media that will generate engagement and organic awareness toward your brands. In other terms, use communities to spread the word.

E-reputation and Credibility is vital for any company that desire to make it in China. Zhihu is a Chinese Q&A platform launched in 2011, it is similar in the west to Quora and Yahoo answers. It has never stopped growing and evolving to suit their users. The platforms have developed many tools such as Zhihu Class which are kind of ted talk. Zhihu is only one out of many Q&A platform (Zhidao, Soso wenwen) but seems to be one of the most trusted and reliable out there.

Use E-commerce platform to sell your green energy products

E-commerce sales in China in 2019 reached nearly $ 2 trillion. This means that international companies must not miss the opportunity to exploit online commerce and enter this thriving market. In fact, Chinese online consumers are of all ages and buy both domestic and international products.

As you can see in the previous image, many companies are selling their products on Tmall, but you can also use other e-commerce platforms like JD.com.

Investing in China has no secrets for us. After several years located in the heart of Shanghai, we know everything about the Chinese market. We are specialists in the world of digital in China. We have built up a high level of expertise in a variety of market sectors with many successful projects tailored to this unique market. It is important to deeply understand the digital environment in order to act with the most effective strategy. Each sector presents different challenges and opportunities, unique market sector strategy is developed by our team by request.

Our services for green energy companies include:

We provide many web services from SEO (natural optimization) / SEM (advertising) on Chinese search engines to auditing your websites and creating quality content. We set up the right search based strategy to generate leads.

Social networks are in vogue in China, the Chinese have embraced these new means of communication. It is therefore important for a brand or a company to know how to act and engage in these Chinese specific platforms.

We help brands to achieve exposure and improve their visibility. We increase their traffic, create online advertising campaigns, and help them to attract more customers.

We help companies generate leads by attracting Chinese customers. We help them to improve their visibility, traffic, and image among Chinese clients.

We provide e-reputation service management, we help businesses and brands to develop a better image online that is tailored to the Chinese market.

We are specialized in viral marketing on the Chinese market which is very sensitive to what creates a ‘buzz’. We develop a buzz strategy and take over your viral content production and distribution on the Chinese Internet.