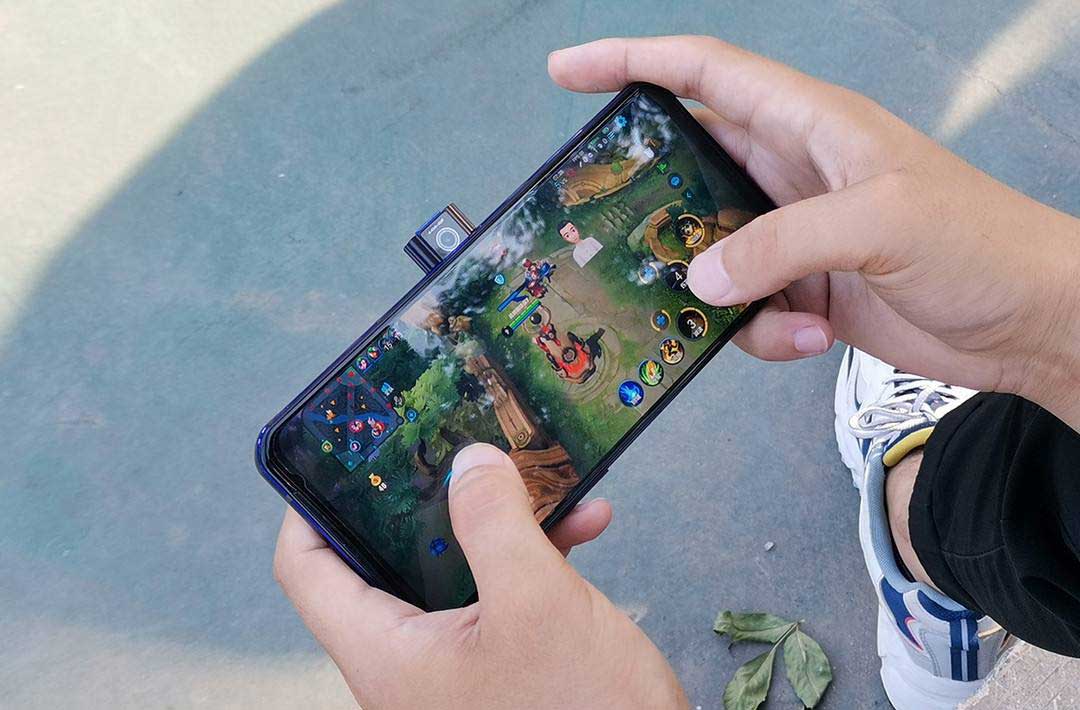 China’s mobile gaming industry is red hot. Exceeding $40 billion in revenue in 2021, making it the world’s largest mobile gaming market. What is driving this explosive growth? A combination of rising smartphone penetration, an increasing number of gamers, and innovative gameplay mechanics are all helping to fuel demand for mobile & video games in China.

In this post, we take a closer look at the key drivers of the China mobile games market and how companies can capitalize on this lucrative opportunity.

By 2018, the Chinese mobile game community broke the 600 million mark, indicating the market penetration of this sub-niche in the online games industry. By 2020, Statista has recorded more than 654 million mobile gamers in the country.

These statistics and trends point to the rapid growth of the Chinese mobile gaming market. Of course, with growth comes profits that also surge at a commensurate rate.

primary research shows that 2017 was a year of explosive growth in the mobile game industry in China. In that year alone, profits soared to as much as $19 billion. According to Statista’s China mobile gaming figures, revenue more than doubled in 2021, reaching at least $41 billion. Following the reports, in 2023 mobile gaming market in China is expected to grow up to 23.3 billion euros.

More and more of China’s mobile users are getting on the mobile gaming bandwagon. For this reason, projections paint nothing but bright pictures for any game company looking to break into the mobile game market.

By 2025, it is predicted that there will be as many as 660 million mobile gamers. This is nearly half of the Chinese consumer market. As well, the projected increase in gamers will easily lead to revenues in the hundreds of billions of dollars by then.

Different genres are bound to resonate with different audiences. In no other case is this more apparent than in China.

Unlike the West, Chinese gamers share less proclivity towards Metaverse games. In other words, you won’t find the average Chinese gamer spending hours on games like Roblox, Fortnite, and Horizon Worlds. Besides, the recent tightening of crypto regulations has caused P2E (Play to Earn) games to take a massive hit in China.

In China, several game genres have raked in public support and revenue. Here are genres on the mobile game market that have done well and will likely continue to do well in the coming years:

The popularity of Lineage and Lineage 2 is a clear indicator of how Chinese gamers gravitated toward the MMORPG genre. These two games by Chinese gaming developers NCSoft have generated more than $1 billion.

If that feat is not impressive enough, the fact that Lineage M achieved this in just 10 months is extraordinary for the mobile game world. Lineage 2 did not lag too far behind in earning the company $1 billion in gross revenue, achieving this in 12 months in 2021.

Real-time strategy games have long been popular among Chinese PC gamers. With the genre’s presence in mobile format, its popularity has increased exponentially. The popularity of RTS amongst Chinese mobile game enthusiasts is evident in the fast surge in popularity of games such as Clash Royale and Lilith Games’ flagship release, Rise of Kingdoms which was a huge success in the gaming industry.

These games have topped the Play Store and App Store charts in this genre. They have led to their respective companies raking in millions of dollars in gross profits, according to Sensor Tower. Those profits are not only due to the explosive growth in the popularity of those games, but also thanks to many in-app purchases, which are the leading business model of many apps and mobile games.

Metaverse gaming has yet to experience the same degree of market penetration as the above-mentioned Chinese mobile game genres. Be that as it may, there is hope for the Metaverse, and the prevalence of open-world RPGs foreshadows this, as many companies that specialize in Metaverse are aiming for a market entry into China’s mobile game market.

As of 2021, open-world RPGs are among the fastest-growing genres in the Chinese mobile game market. With games like Genshin Impact grossing $1 billion within the first six months after their release, the sky’s the limit for the open-world RPG genre. It might just be a matter of time before Metaverse gaming gains a foothold on the Chinese mobile game market.

One look at Sensor Tower’s game popularity charts will yield certain commonalities shared by the most popular China mobile game. Some of the characteristics in this section are already present in many Western mobile games. Here are the characteristics your games need to have to change the game (so to speak) in China:

In the China mobile game market, free-to-play games have proven effective in attracting a broad demographic of gamers. For a game to draw clicks in China, it must be downloadable and playable for free.

Of course, monetization is the end game, but any overt attempt to attract purchases can turn the average Chinese mobile game enthusiast off. In determining where it is best to attract an in-game purchase, it is crucial to identify which elements can give players a perceived advantage.

For example, Tencent Games has published Activision’s Call of Duty Mobile in the Asia-Pacific region, alongside Singapore-based game developer Garena.

Call of Duty Mobile is free for download and play but offers players a chance to improve upon certain aesthetic features and services of the game. Some of these aesthetic features include the player’s character look and weapons. These improvements are free following the accomplishment of in-game tasks. However, others are available for purchase.

Without the element of competition, monetization will prove challenging — no matter how good a game is. After all, there would be no point in making an in-game purchase if it confers no advantage in any field of play or regarding the games’ insights.

There are exceptions like Rise of Kingdoms. Nonetheless, the top 10 games list in China abounds with games that pit players against each other. Even open-world RPG-style games need to have some element of PvP for them to be lucrative and popular in China.

In-game rewards are offered to gamers who complete certain tasks in a game on their account. To use Call of Duty Mobile’s example again, gamers can receive skin and weapon upgrades for completing missions and accomplishing daily or seasonal tasks. This is also the case for other games in the Chinese mobile game market like Genshin Impact and PUBG Mobile.

This can keep loyal gamers playing and making in-game purchases. However, making the simple act of logging in rewardable can go a long way in long-term player retention. Long-term player retention, otherwise known as “stickiness,” promotes player loyalty. In a market filled with up-and-coming games, player loyalty is an invaluable commodity — one that is easily earned by giving daily rewards in games.

Localization adds a cultural layer to the gaming experience. It does this by giving a theme to a game that is unique to the target audience’s holidays or language. Many games in China have this feature, boasting interfaces and language settings optimized for a locality.

Doing this will require additional research. You need to match localization with the complexity of your game. The simpler your game is, the more likely it is that you can get away with the least amount of localizing.

What your game plan should include

To bring your game into the Chinese mobile games market, your strategy needs to include the following:

To register your mobile game on Chinese app stores you need an ICP license.

You may have heard of an ICP license if you’ve ever researched China’s internet landscape or spoken to anyone who has done business in China. In short, an ICP license is required in order to run a website in China. The Chinese government regulates the internet heavily, and part of that regulation includes requiring websites to have an ICP license.

ICP stands for “internet content provider.” An ICP license is obtained from the Ministry of Industry and Information Technology (MIIT) and is essentially a permit for your website to operate in China. The process for applying for an ICP license can be complicated and time-consuming, so it’s important to understand exactly why you need one before beginning the application process or going through an agency like ours.

GMA can help you with getting an ICP license and all the other procedures needed to launch a mobile game in China.

In China, one strategy that can have mouths watering at the prospect of playing your game is pre-registration. Coupled with Chinese social marketing strategies, pre-registration generates a buzz that can draw curious gamers. Incentivize pre-registration, and your game will have millions of players before its official launch.

As the largest search engine in China, Baidu has a huge user base that game developers can tap into. Baidu provides a number of powerful tools and features that make it easy to optimize games for the Chinese market.

That said, it’s important to note that Baidu SEO is just one piece of the puzzle when it comes to promoting a mobile game in China.

Paid ads can help to generate buzz and awareness for a new game. With so many games available on the App Store and Google Play, it can be difficult for a new game to get noticed. Paid ads can give your game a much-needed boost in invisibility.

Paid ads can target specific demographics. For example, if you know that most of your players are male aged 18-24, you can target your ad spend accordingly. This ensures that you’re not wasting money on impressions or clicks from users who are unlikely to download and play your game.

Social media, regardless of locality, remains to be a key driver of clicks and downloads. With the differences in social media platforms in the country, Chinese social media needs to be the focus of your social media marketing strategy.

Key opinion leaders (KOLs) are Chinese influencers that are enormous drivers of product recognition. The endorsement of a KOL can go a long way when marketing anything in China, including mobile games.

KOL endorsement adds legitimacy to your game launch in China. Data on KOLs are available on big data platforms in the country. Effective KOL marketing strategy will require research and outreach. These are best done through an agency on the ground.

Want to launch your mobile game in China?

Mobile games are very popular worldwide and China is no different. As young people spend long hours on public transport, they often play games, which is very visible in the metro or public buses. The mobile game market is thriving and there is still a lot of room for up-to-date games from outside of China.

If you are interested in introducing your game to the Chinese gamers community but don’t know where to start, we are here to help! We are a China marketing agency with 10 years of experience with foreign brands wanting to enter the Chinese market. We worked with over 600 brands from different sectors.

Contact us, we have solutions for you! Feel free to ask for our case studies, as we have many interesting success stories to show;