Selling cars via E-Commerce : a new trend in China 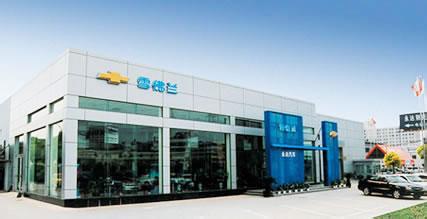 A recent growth in car purchases through E-commerce might lead the automobile industry to rethink its sales channels.

The market in the auto industry recently witnessed a significant increase in the car purchases through E-commerce. The unexpected growth occurred during the peak period of consumption known as Chinese Single’s Day (Nov 11th) in 2014. Chinese consumers purchased and reserved over 150,000 vehicles (approx. $ 5 Billion). Auto OEMs (Original Equipment Manufacturers) in China were worried as the Chinese auto sales market slowed down by about 7.1% in 2015 due to the stock market panic that occurred during June and July 2015.

Over the run of the last two years, the auto industry’s interest for e-commerce strategies has been growing gradually. Alibaba (founder of Taobao and Tmall) has furthered its relations with Yongda the Chinese luxury car retailer, offering an e-commerce partnership. Alibaba will host Yongda’s virtual dealership on its Tmall platform. Alibaba’s general manager of automobile business Wang Licheng explained that the cooperation between the two was a real revolution, as Alibaba is known to appeal to the ordinary, mass market whereas Yongda has relations with foreign luxury car companies such as Bentley, Jaguar and Land Rover.

Yongda decided to further its relations with the Chinese e-commerce platform as the demand in luxury cars was dropping due to the stock market panic of last year and the devaluation of the Chinese currency. This cooperation will allow Chinese consumers to purchase the Chevrolet Epica (see below) through the Tmall platform for 40% off retail price. The two are willing to develop the automobile e-commerce offer by adding more brands and more luxurious vehicles to the online virtual dealership. Customers will be then able to pick their car in the 200+ Yongda bricks-and-mortar dealerships around China. Auto financing loans and after sale services will also be provided by the Yongda & Alibaba cooperation.

In China, there has been another recent trend in the automobile industry; the rise of the second-hand car market is a rapidly growing opportunity and several online platforms already benefit from this huge potential market. MyCheBao.com offers Chinese customers an online platform to trade used cars. This market is expected to take over the Chinese new car market by 2020, as 70% of new car dealerships announced they were unprofitable in 2015. Several factors might even add to this recent second-hand car craze. Firstly, the Chinese market is witnessing a significant increase in the number of middle-class consumers around the country. These people’s assumptions regarding used cars are changing. Secondly, in major cities, restrictions on the number of license plates that are available will lead consumers to think twice before purchasing new cars. They will be more likely to turn to second-cars instead.

Furthermore, MyCheBao is not the only platform that has such offers, as the competition is getting stiff in this market with Uxin growing at a strong pace, and the recent partnership between Alibaba and Grand Auto operating an online trade cars auction site.

The recent changes in the Chinese market, in particular the rise of the middle-class and the new consumption habits of the new generations will bolster the ascendance of e-commerce, creating real opportunities for the growth of both used and new cars in e-commerce.

The key to Automotive Marketing is China is E-Reputation

More information about Ereputation in China.