Why ASOS is pulling out of China 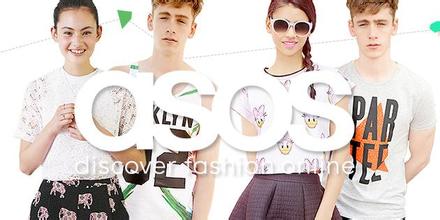 5 reasons explaining why British fashion brand ASOS is withdrawing from the Chinese market.

In 2013, the British online fashion and beauty store entered the Chinese market while also setting up domestic operations, ASOS did not choose to ship straight from the UK. The ASOS CEO was often quoted in the press, discussing the complex regulations of the clothing business in China. In 2014, the fashion brand struggled with labeling and China post, which reportedly caused issues. Even though the Chinese postal service had opened up in the past five or six years, becoming less protectionist and providing better service, it still caused headaches. In the early days of ASOS online, Chinese customers had to pay import taxes on the clothes. As soon as the local warehouse was built, the problem vanished but others appeared such as labeling (materials, washing instructions, etc.).

The labeling process proved to be difficult when dealing with hundreds of other brands. The time required to get used to the Chinese regulations was too long for ASOS which reported over £4 million loss in the last financial year (approx. $5.3 million).

ASOS offered only one range of clothing, ignoring the vastness of the country and its different kind of climates and regions. Summers are reportedly dry in some of the Chinese regions and tropical in others. Winter temperatures vary from freezing -20°C to mild 10°C. In a highly competitive market, ASOS needed to widen its offer to have a fighting chance, it never did.

The Chinese market is being reshaped by e-commerce platforms like Alibaba (Taobao, Tmall and Tmall Global) and JD.com. Forbes stated that Alibaba predominates over roughly 80% of the Chinese e-commerce market. The independent market research company Forrester indicated that in 2015, Tmall (a business-to-consumer platform by Alibaba) accounted for about 57% and main contender JD.com accounted for 21%. The studies carried out by Forrester also demonstrated that mobile e-commerce was dominated by Alibaba with over 85% of the market share, whereas the underdog JD.com only accounts for 7.1%. Regardless of the figures, Alibaba is truly the Chinese e-commerce titan and its market domination made it harder for ASOS.cn, even though ASOS obviously had a virtual store on Alibaba’s Tmall. ASOS CEO Nick Beighton declared that “the Chinese market is unlike any other we operate in. Getting eyeballs on our products has proved very difficult.” 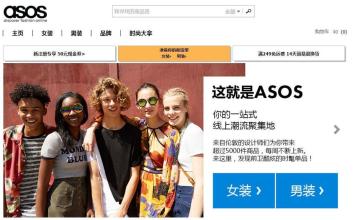 The recent stall in the Chinese economy, with a notable stock-market drop, and the constant Chinese yuan devaluation are reportedly having some small impact on the spending of the ascending Chinese middle class. Even if the Chinese economic growth is relatively strong (6.9% in 2015), it is one of the lowest rates of growth in the last 25 years.

Among online titans such as Alibaba and JD.com, ASOS failed to make a mark on the Chinese market. Millward Brown issued a report in 2016 stating that Chinese consumers nowadays are attracted by domestic brands as much as foreign ones, international brands are failing at keeping up with the pace of rapidly evolving Chinese consumer aspirations. The report also comprised a top 100 brand list according to Chinese consumers, the report makes it clear, there are no international names among the 100. Over the past decade, the Chinese market has been reshaped, the burgeoning e-commerce industry is transforming Chinese consumers purchasing habits. In the past, foreign meant quality, reliable and trendy. Now the winds have changed, it is up to the brands to learn from ASOS’ failure and really put some more efforts into understanding the Chinese market.